There’s a new Chevrolet Camaro variant in town, and that is the 2019 Camaro Turbo 1LE. It’s the least expensive way to get the 1LE treatment and it’s meant to court more buyers to the lower end of the pony car’s spectrum—the kinds of buyers who can’t shell out nearly $40,000 for a Camaro SS.

It’s born and bred for the track, so what better place to have the 2019 Camaro Turbo 1LE strut its stuff than at Car and Driver’s Lightning Lap? It’s the twelfth iteration of the track test and the publication rounded up some of today’s hottest performance cars to see how they managed around Virginia International Raceway (VIR).

As usual, C/D splits the cars into five segments: LL1, LL2, LL3, LL4 and LL5. This year, a new LLTruck category is present for performance SUVs as well. The Camaro Turbo 1LE falls in LL1, which means its priced under $34,999 as-tested.

Of the LL1 cars, the Camaro Turbo 1LE managed to be the quickest of the three, beating out the Subaru BRZ tS and the Honda Accord Sport 2.0T. But, the Camaro also outpaced the Jeep Grand Cherokee Trackhawk (yes, the one with 707 horsepower), and the Kia Stinger GT. The Camaro’s final time was 3:05.6, which puts it a tick behind a few other cars. 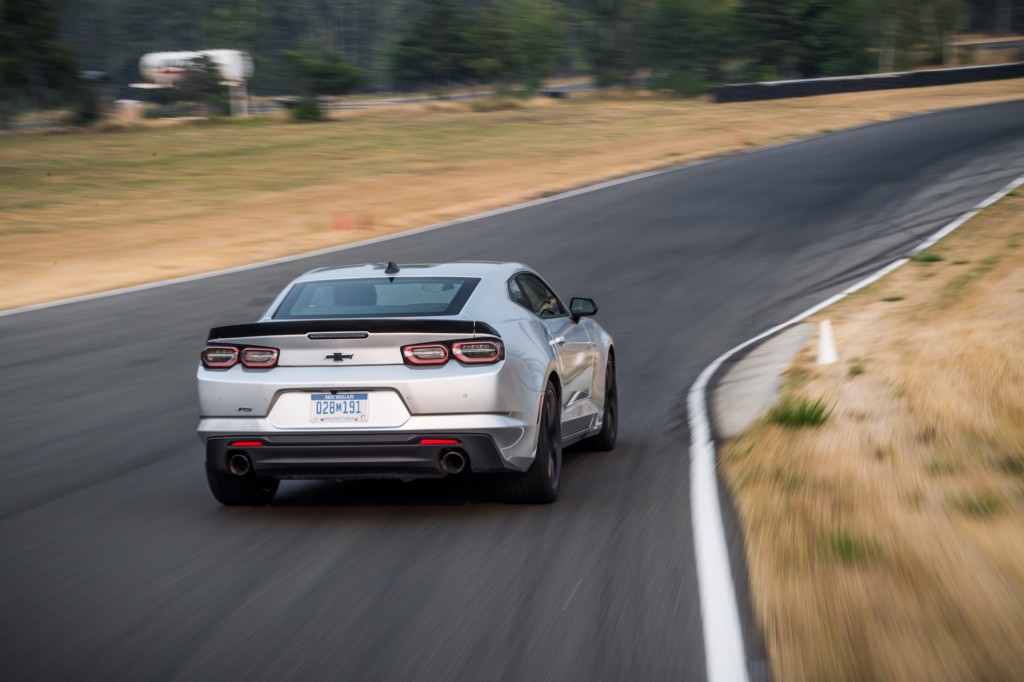 The Audi RS3 tied the Camaro Turbo 1LE with an identical time and the Subarur WRX STI Type RA was less than a second quicker with a 3:04.9 time around VIR. The rest of the competition starts to pull away from the Camaro. Although it performed well, it was hardly the most satisfying car of the day. Judges felt the extra $1,495 is well spent for the V6 1LE with more power and just overall driver gratification. Last year, the V6 1LE ran a 3:04.00 flat as well.