Nor is it a GMC Terrain. And it is not a Buick Envision. The 2019 Cadillac XT4 isn’t on the same platform, nor does it share any components, with any of these similar proportioned crossovers. And it doesn’t drive like them. It’s far superior. But benchmarking the Cadillac XT4 with the corporate stable isn’t giving the vehicle enough credit. From where we stand, it’s a contender against the best of them. Especially against the likes of Lexus, which, even though nobody is willing to say it, is Cadillac’s main adversary now. Note the RWD-based sedan lineup. The FWD-based crossover lineup. The pricing. These two brands lock horns nicely with each other. 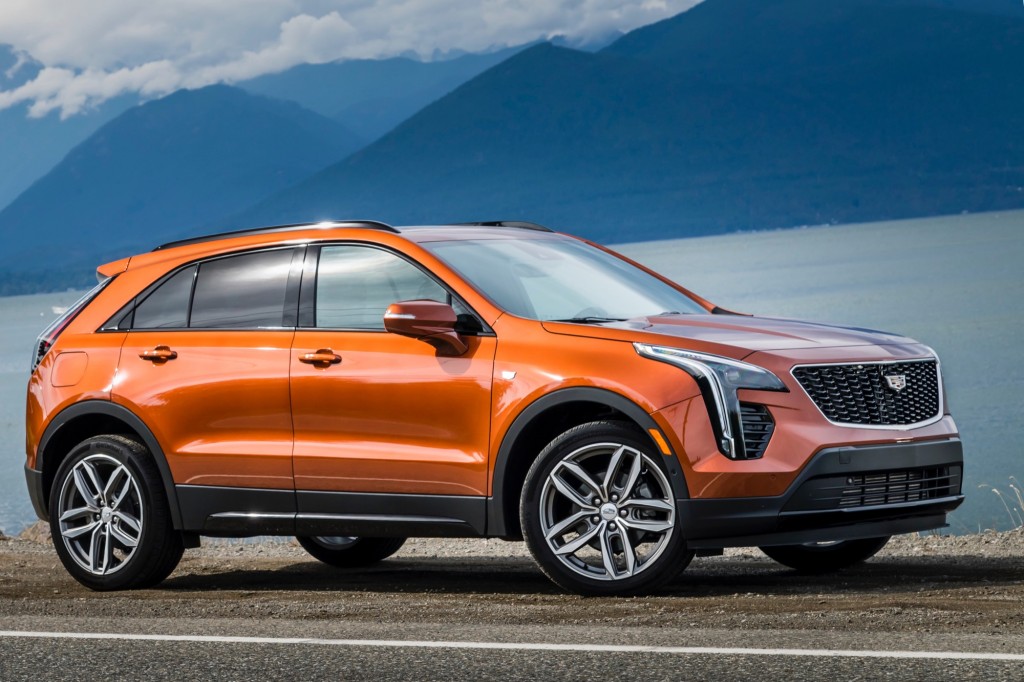 To attack the sub-$40,000 luxury crossover segment most effectively, the Cadillac product team – with then-brand president Johan de Nysschen in charge – strategized a crossover SUV that would represent a new entry-level offering, aimed at the youngest demographic the brand has ever targeted. We were told time and again that the vehicle would be “fun to drive.”

Well, that’s relative. But relatively speaking, oh yes. It is. Armed with a new 2.0L turbo engine, a favorably wide track, and a sophisticated suspension setup, the 2019 Cadillac XT4 eagerly carved Seattle-area mountain roads with surprising levels of poise and precision for the segment. 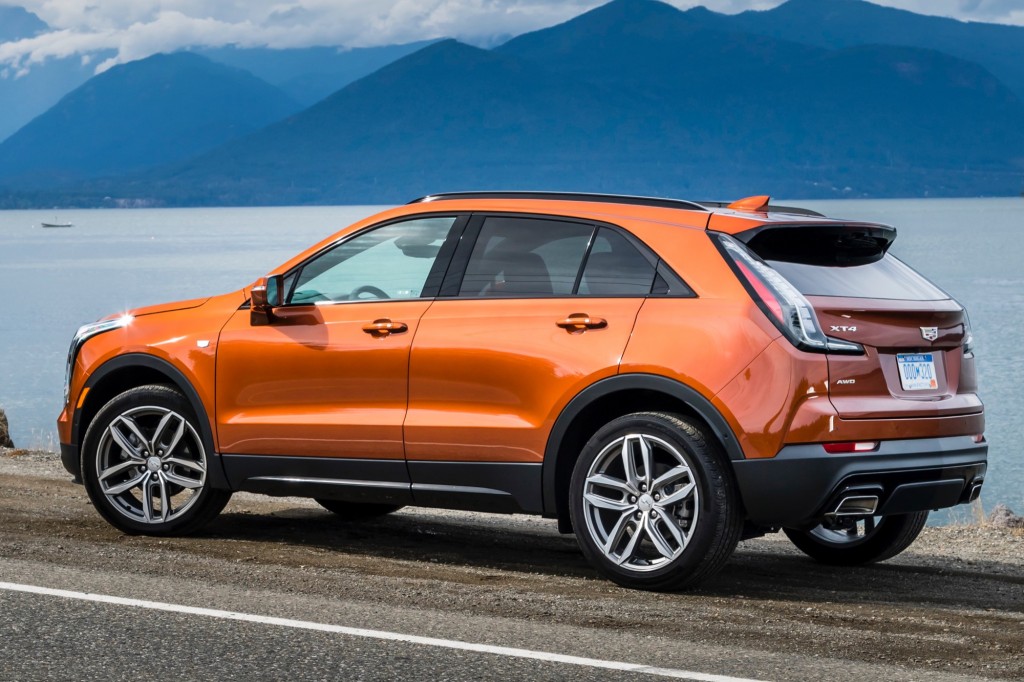 Speaking of segment, the context is important. What Cadillac is offering here is a C-segment crossover for the base MSRP of what other brands, like BMW, are charging for a noticeably smaller product. Overall length of a BMW X1 is roughly 9 inches less than that of the 2019 Cadillac XT4 (which means it has less wheelbase), has significantly narrower width (less roominess), and narrower tires by 10mm. Closer in size to the Cadillac is the Lexus NX crossover, which prices itself $1,390 above the $34,795 MSRP of the XT4. 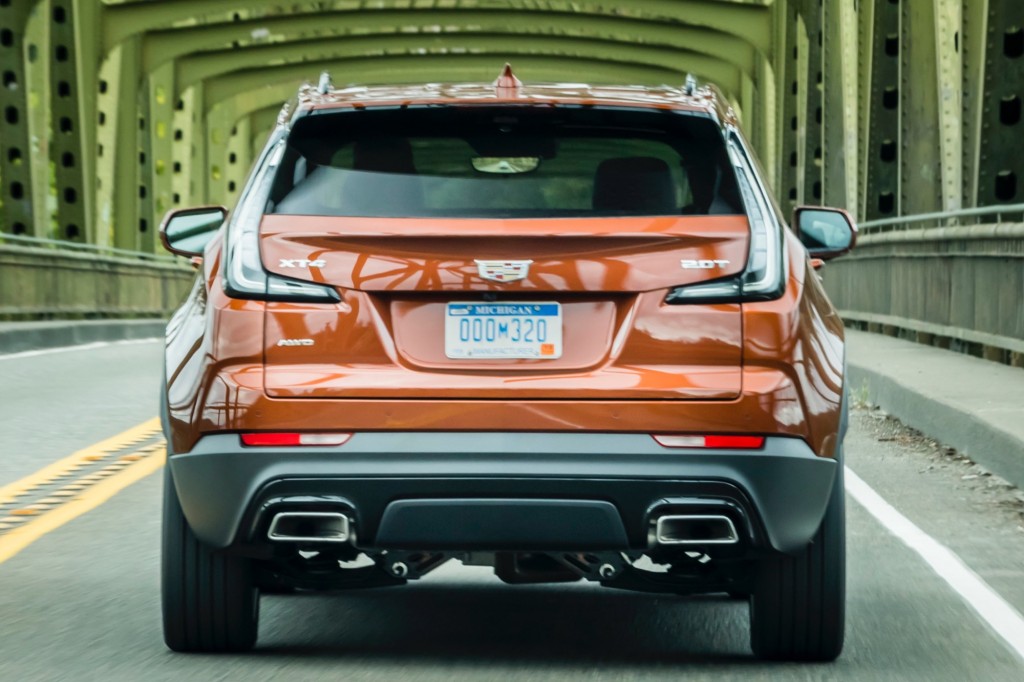 Both the Cadillac XT4 Sport and Cadillac XT4 Premium Luxury feature the same mechanical features, and mainly differentiate on appearance and feature set. So don’t worry about choosing based on looks. That said, the performance-oriented options that are desirable – the AWD package (a $2,500 up-charge) and Continuously Damping Control active sport suspension (an additional $1,200 that’s only available on the XT4 Sport) – need to be considered to get the most out of this vehicle. The new 2.0L turbo LSY engine delivers 237 hp, 258 lb-ft effortlessly through the GM 9-speed automatic transmission, which helps the XT4 feel like its power specs are underwritten. 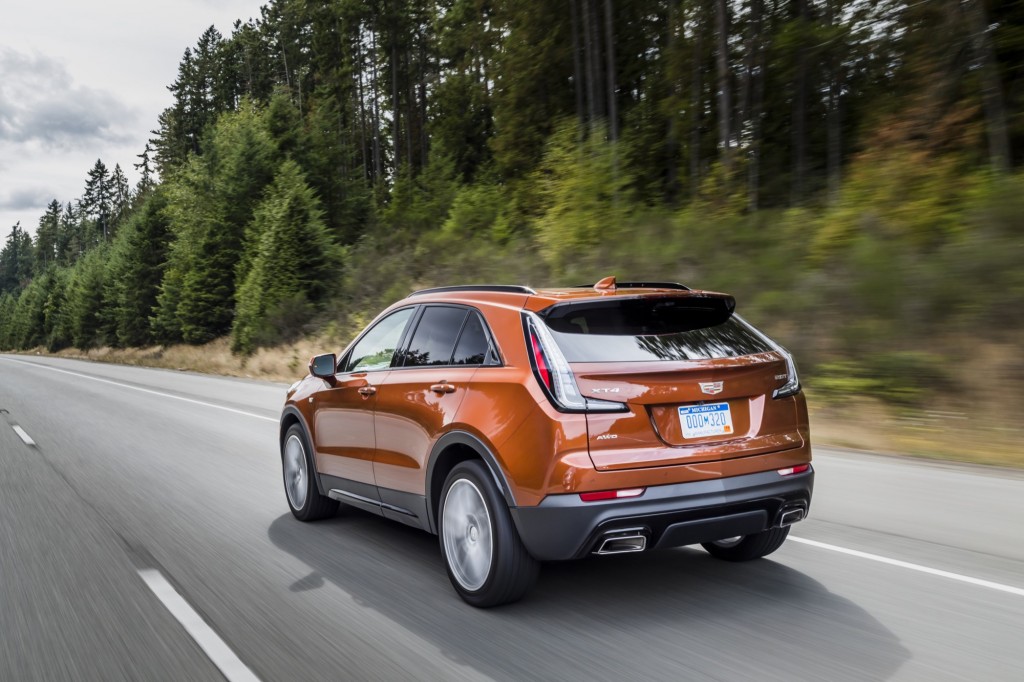 Through the unending twists, turns and elevation changes around the Pacific Northwest, the 2019 Cadillac XT4 revealed itself to be more of a dynamic runabout than originally perceived. The GKN-sourced twin-clutch torque vectoring system was constantly working to optimize every corner exit, while the brakes never had us concerned for more stopping power, despite the numb pedal feel. Something better than the Continental ProContact tires would have been nice, but we’re sure a forthcoming XT4 V-Sport model will likely alleviate this. Another shining star was the throttle mapping calibration in sport mode, which played wonderfully with the punchy four-pot and quick-shifting 9-speed. 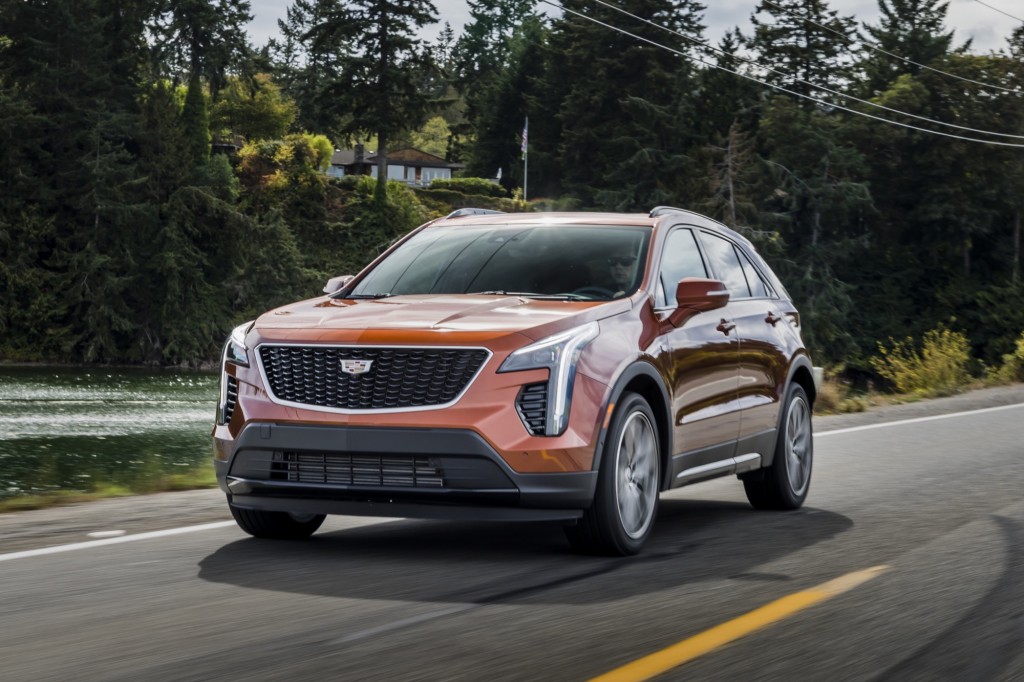 For most buyers, the athleticism of the 2019 Cadillac XT4 will either surprise, or suffice. And that’s more than just a little important – because for many – the XT4 will be the first Cadillac they ever consider to own.