Chevrolet’s all-new, 2019 Blazer debuts a new design concept among modern GM utility vehicles: separated front lamps. The daytime running lamps – or “DRLs” – occupy a higher position on the Blazer’s front fascia than the headlights, and they feature their own, discrete housings and lenses. By contrast, everything else in the Chevrolet utility vehicle lineup, from the Trax right up to the Suburban, features DRLs that are integrated into the headlight cluster for a more classic, two-lens appearance. In saying that, we’re not counting any fog lamps, which are always separate. 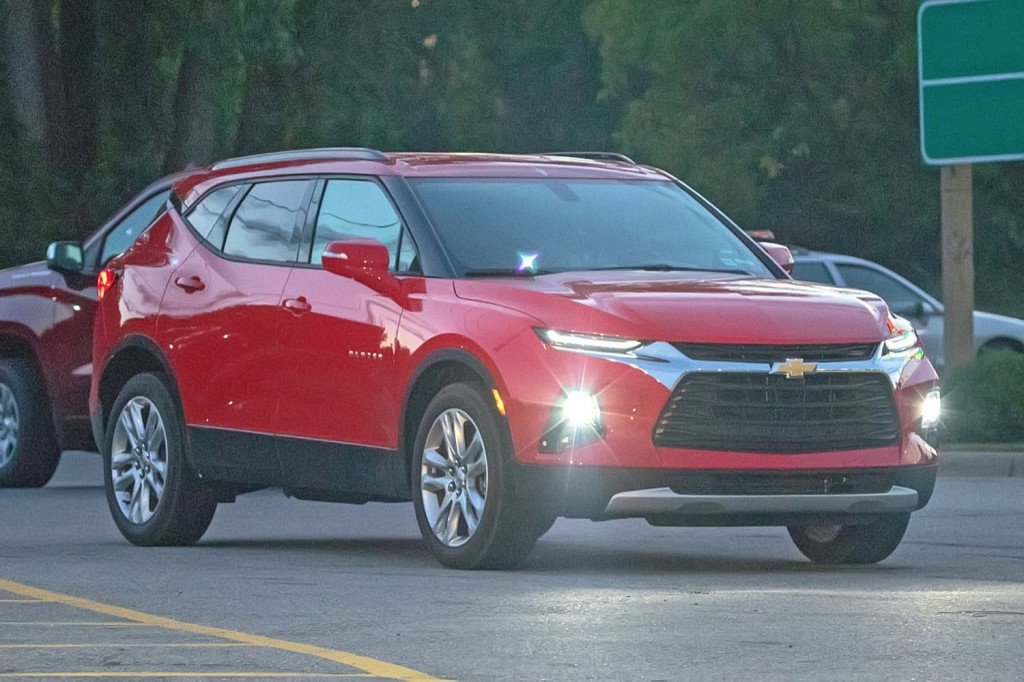 But while the aesthetic decision to separate the headlights from the DRLs is brand-new to General Motors’ utility vehicle lineup, Fiat Chrysler Automobiles (FCA) has already done that with the current-generation Jeep Cherokee crossver. A mid-cycle update for the 2019 model year promptly did away with the Cherokee’s unusual-looking sextuplicate of lamps, but South Korean marque Hyundai adopted the same style with the subcompact 2018 Kona, and now, the midsize 2019 Santa Fe.

Granted, those two models take things much further than the 2019 Blazer, with positively massive, uniquely-shaped lenses flanking the grille on either side, but the principle is the same. 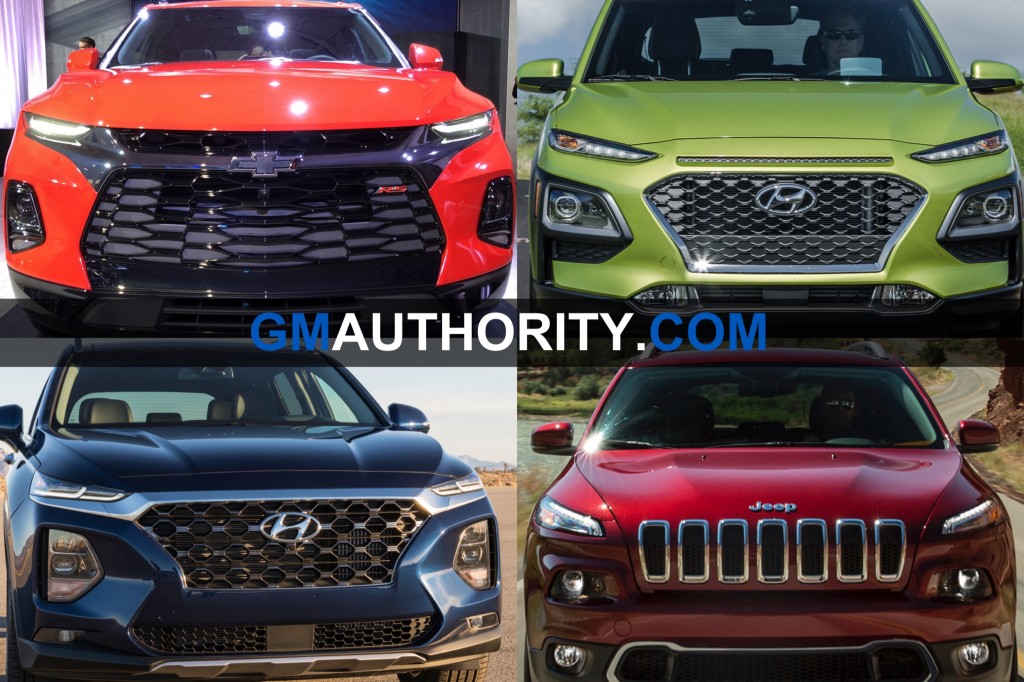 The separated front lamp aesthetic can be seen on the 2019 Chevy Blazer (top left) as well as the (clockwise) Hyundai Kona, Jeep Cherokee, and Hyundai Santa-Fe

What’s going on here? Is GM and Chevrolet the latest automaker and brand, respectively, to embrace a relatively-new trend of separating the DRLs out from the headlights?

Maybe so, and in fact, recent spy shots of the future Chevrolet Trax, due out in time for the 2020 model year, show that Chevrolet might be planning to expand the design principle beyond the 2019 Blazer. There are plenty more forthcoming utility vehicles from rival manufacturers that don’t apply the split-light concept, mind you, but if the design of the new Blazer and Trax end up being well-received by consumers, we could well see more future Chevy utility vehicles splitting up their lights.

Who knows? It could even come to replace the squared-off fender arches as GM’s go-to utility vehicle design trademark.