As you may have heard, the 2019 Malibu receives a mid-cycle refresh that delivers updates to exterior, interior, technology and powertrain. The updates to the powertrain comes in one form – the replacement of the conventional 6-speed automatic transmission with a continuously variable transmission (CVT).

All 2019 Malibu models with the base 1.5L LFV four-cylinder turbo engine swap the outgoing 6-speed auto for the CVT. That means that all models get the continuously variable unit, including the L, LS, LT and the new Malibu RS. Curiously, the CVT has a final drive ratio of 5.10.

The only exceptions to the Malibu Hybrid, which continues with its automatic two-motor drive unit, and the range-topping Malibu Premier, which continues to mate its standard 2.0L LTG four-cylinder turbo engine with the new GM 9-speed automatic transmission.

A continuously variable transmission (CVT), also known as a stepless transmisison, single-speed transmission or pulley transmission, is a kind of automatic transmission that can seamlessly change through a continuous (and theoretically-unlimited) range of effective gear ratios. This is notably different from other mechanical transmissions, which offer a fixed and limited number of gear ratios. The biggest draw of a CVT from an engineering standpoint is that, when set up correctly, it may allow the input shaft to maintain a constant angular velocity even as the output speed varies. 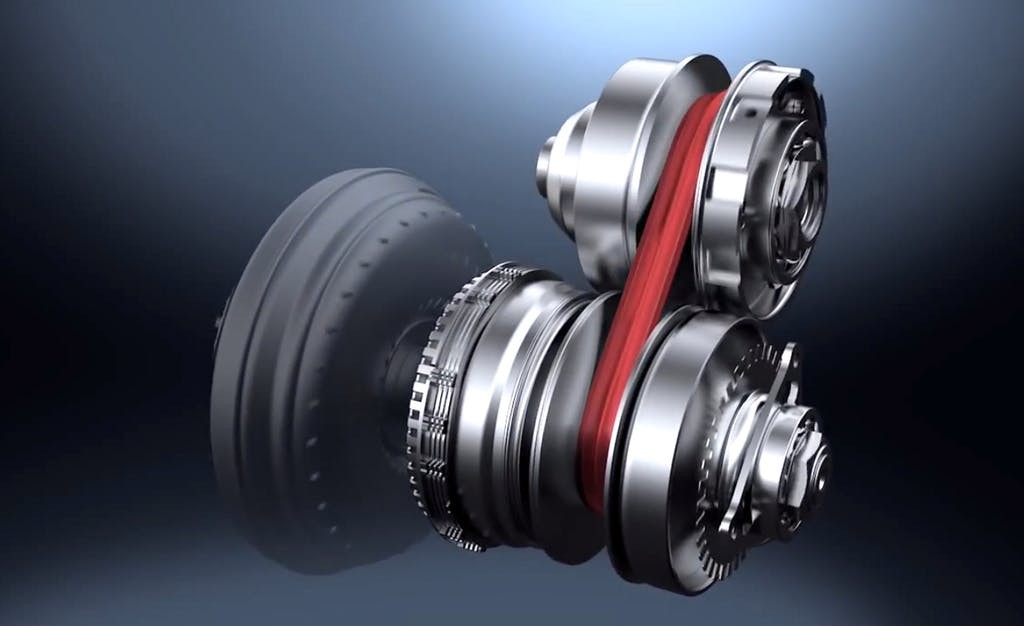 Whereas a conventional automatic transmission utilizes a series of gears to send the engine’s power to the wheels, a CVT has no gears whatsoever. Instead, it uses two variable-width pulleys connected by a belt. One of the two pulleys connects to the engine (called the input pulley), while the other (the output pulley) sends power to the wheels. The width of the pulleys changes according to how much power is required, with one pulley getting larger while the other getting smaller. This ongoing adjustment in sizes puts the “continuously variable” into Continuously Variable Transmission. In theory, this constant adjusting enables a CVT to deliver strong and seamless acceleration at lower vehicle speeds, while enabling the engine to operate with more efficiency at higher speeds. There is another, less common CVT design that uses a series of discs and rollers, but we won’t get into that here – since that’s not what’s being used in the 2019 Malibu.

There are various advantages as well as a few drawbacks to CVTs. 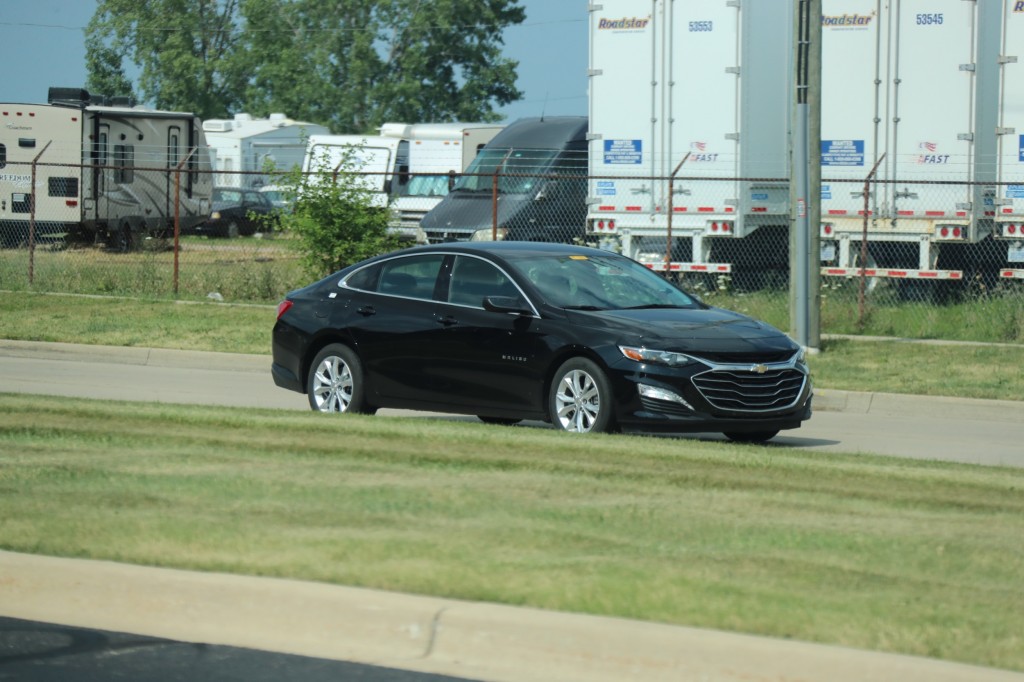 CVTs are rather new for General Motors and Chevrolet vehicles. In fact, only two GM products – the Chevy Spark and the 2002-2005 Saturn Vue – used the CVT prior to the technology being introduced in the 2019 Malibu. But the CVT is far from being new in the automotive industry, with the technology having been used in passenger cars since 1989. Several automakers have been using CVTs in cars and crossovers for years, with the most common being Mitsubishi, Honda, Nissan, Subaru and Toyota. One automaker in particular – Honda – has come a long way in terms of using CVTs and making them feel rather good. Coincidentally, Honda and GM have been cozying up to each other in the last few years via various new partnerships.

Even more coincidentally, the current Honda Civic uses a turbo-charged 1.5L four-cylinder engine mated to a CVT, just like the 2019 Malibu. So, we dug into what Honda has done with the CVT in its new Civic, and have dug out the most important bits:

While we aren’t aware of any plans for the 2019 Malibu’s CVT to feature the aforementioned improvements made by Honda to its CVT, the transmission will likely feature “stepped ratios” to make it feel more like a traditional automatic. Coupled with its rather short 5.10 final drive ratio, we’re optimistic that drivers will approve of its functionality.

That said, we’re curious to find out whether GM/Chevy will gain any real-world benefits by switching to the CVT in this vehicle. We’re just as intrigued to see whether there will be an improvement in fuel economy and how its mannerisms compare to those of a “regular” automatic transmission. 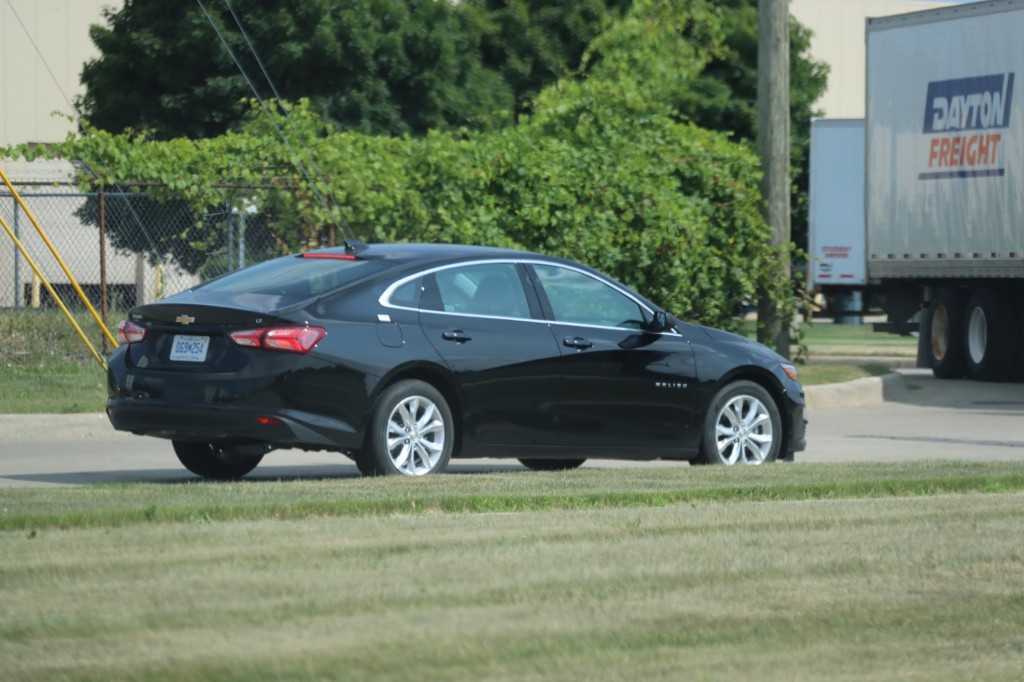