After yesterday’s alleged 2020 Chevy Trax spy shots turned out to be of upcoming subcompact GMC crossover without a name, we bring you actual spy shots of the next Chevy Trax.

Despite the presence of heavy camouflage, the front end appears to feature powerful design elements at the front, including a prominent grille and athletic hood lines, similar to those found on the 2019 Blazer. 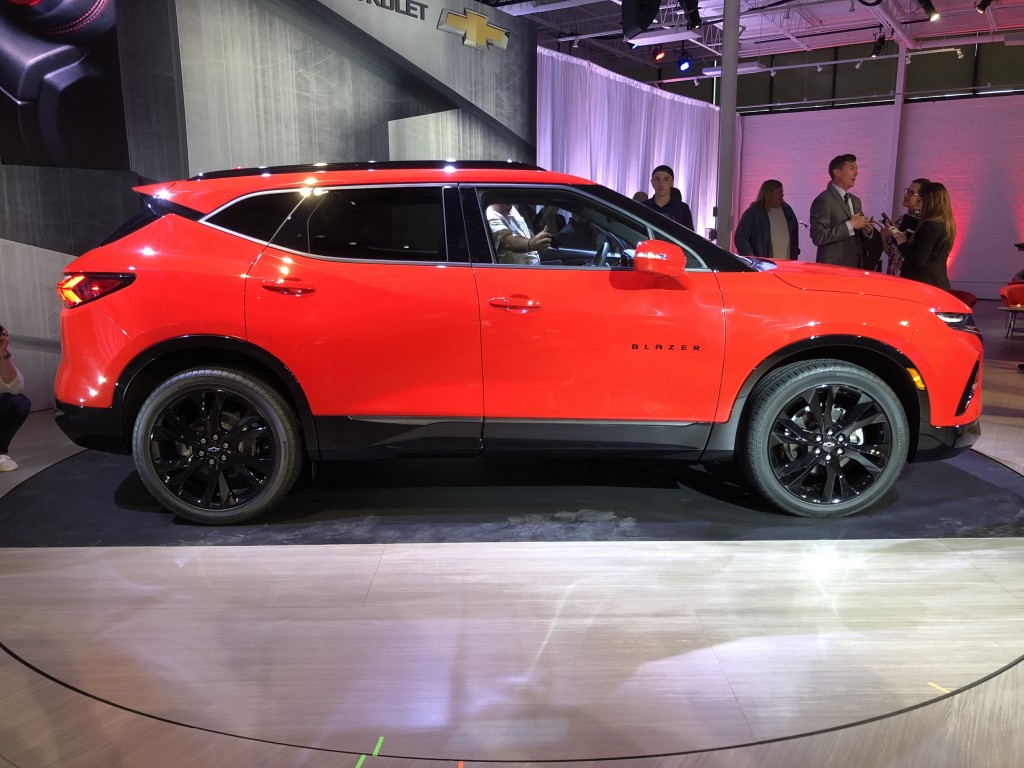 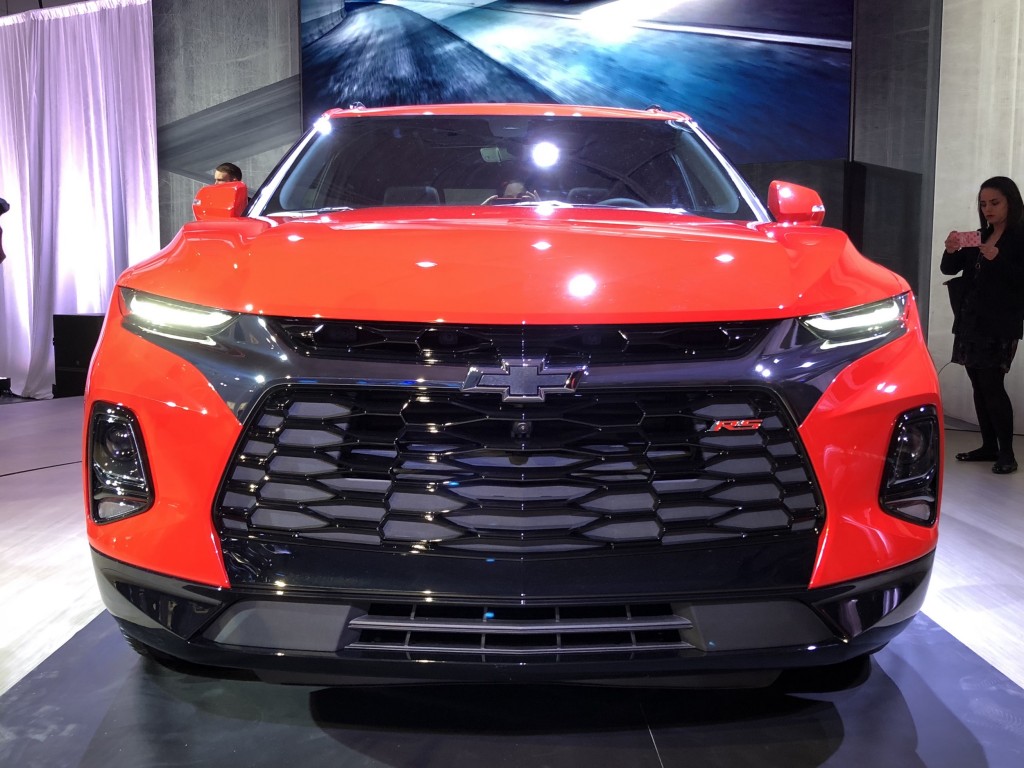 Chevrolet’s new subcompact crossover also features the same body elements as the Blazer. These are most apparent at the junction between the A-pillar and the roofline, as well as at the junction between the A-pillar and the cowl. The tester also seems to mimic the Blazer’s front end, including its dual lighting execution, which features a set of squinty daytime running lamps placed at the top end of the front fascia followed by a set of regular lights positioned in a separate cluster beneath them. 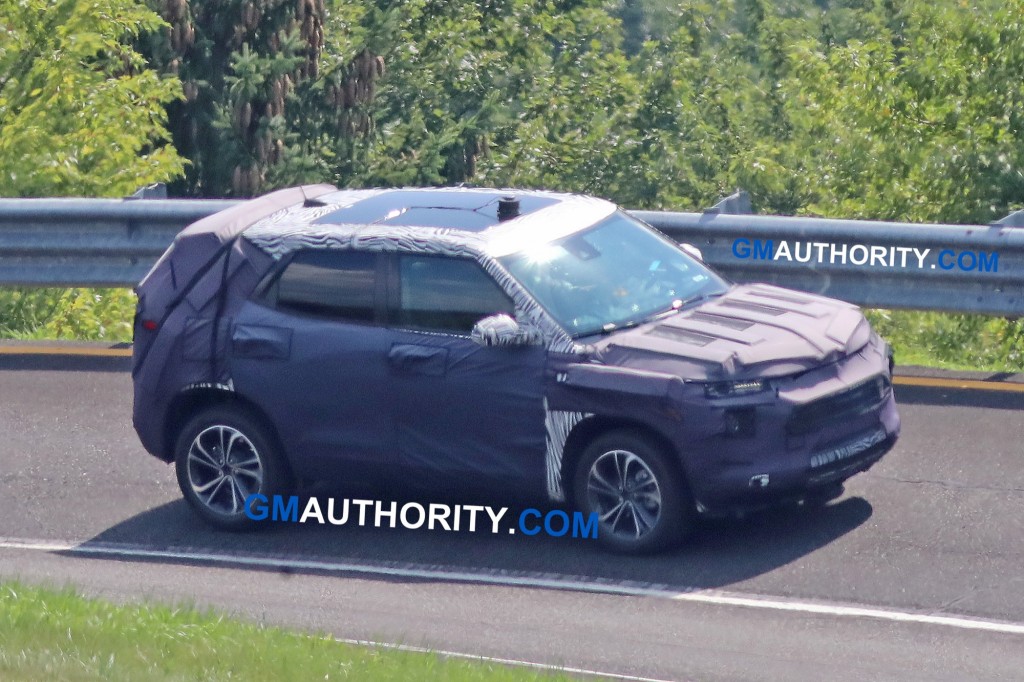 The side profile continues to exude Blazer styling elements, with the most prominent cue being the way the greenhouse surround kicks up towards the rear of the back door (just above the rear door handle), along with the treatment of the C-pillar. This angle also prominently shows a large panoramic sunroof that spans the majority of the crossover’s flat roof.

Looking at the front end from this angle reveals a mean face, with the headlights, grille and surface elements all working in unison (with the camo) to deliver an aggressive front fascia. 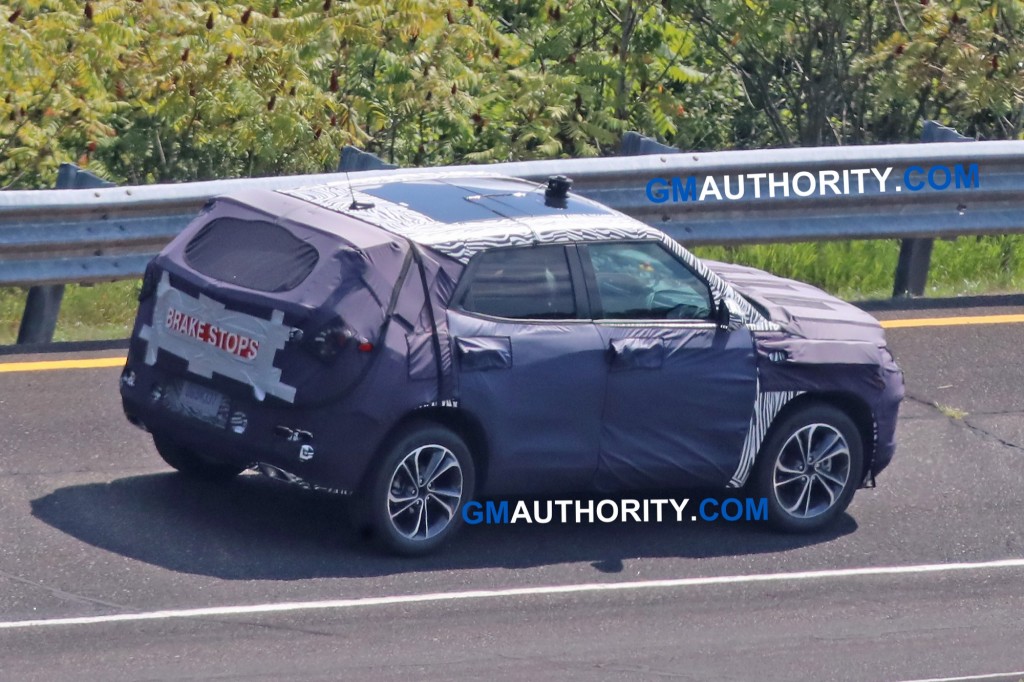 The rear end is camouflaged the most on this tester, making it challenging to deduce what’s lurking under the covers. At the least, we can still make out the positioning of the taillamps as well as the cutout for the rear license plate, which looks capable of accommodating both “tall” and “wide” plates from global markets.

The lower-most point of the rear fascia features an integrated exhaust tip on both sides for a neat dual-exhaust look. The rear wheels, meanwhile, seem to be pushed out as far as they can go towards the rear. 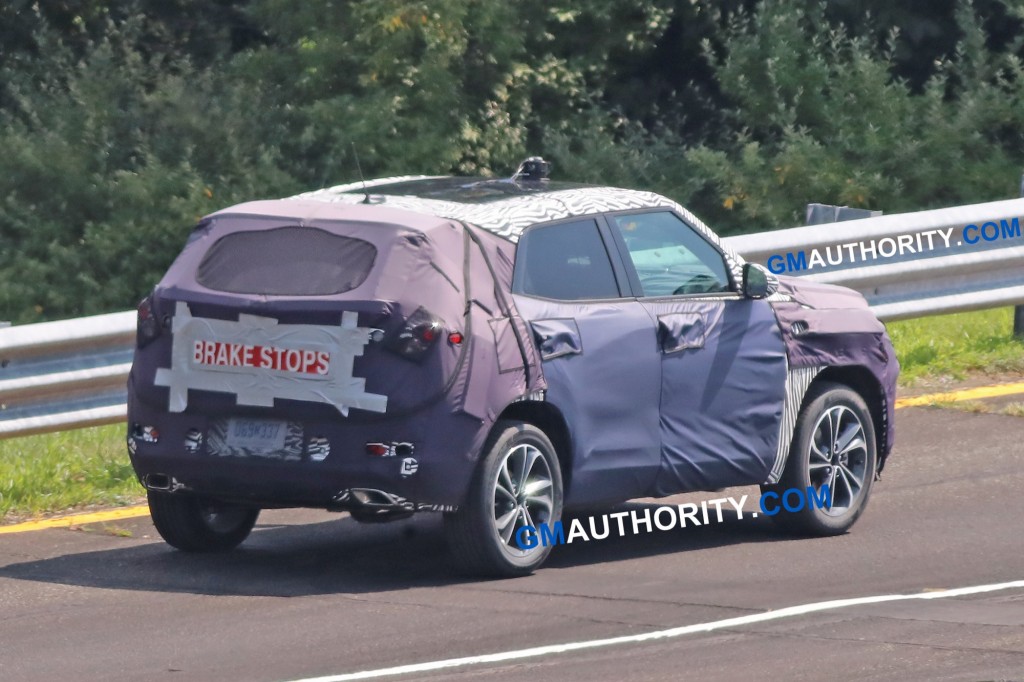 We believe that the next Chevy Trax will ride on new GM Vehicle Set. In fact, we expect the 2020 Chevy Trax to be one of three new crossovers to launch General Motors’ Vehicle Set Strategy – with the other two being the 2020 Buick Encore and the forthcoming subcompact GMC crossover, whose name we have yet to find out. Exactly which Vehicle Set will reside under the next Trax is currently unknown, but we’d wager that it will be either VSS-S (for crossover SUVs) or VSS-F (for front-drive models).

Under the hood, expect to find one or two turbo-charged, small-displacement four-cylinder engines mated to either a 6-speed automatic, 9-automatic, or perhaps even a CVT.

Expect Chevy to reveal the new Trax at some point in the next 8-12 months, and for it to launch in the 2019 calendar year as a 2020 model. The vehicle will continue being called Tracker in some markets, such as many markets in South America.

If the camouflage isn’t fooling us, it’s safe to assume that the next Chevy Trax will indeed look like a smaller version of the all-new 2019 Blazer. Call it a “mini Blazer”, if you will. And if that turns out to be the case, then that would be a very good development – since the 2019 Blazer is a looker.

We should also note that the current, first-generation Trax is a decent vehicle that, along with its Buick Encore platform mate, was instrumental in establishing the subcompact crossover segment in North America. However, it is beginning to show its age and come up short when it comes to style, comfort features and cabin refinement, especially when compared to newer entries, which are significantly newer and more sophisticated.

Curiously, detriments haven’t deterred Trax sales, as the model is consistently at the top of the sales charts in its competitive set. Yet be that as it may, here’s to hoping that the all-new model addresses the shortcomings of the first-gen.