Feast your eyeballs on the most recent 2020 Buick Encore spy shots. Following one sighting in the U.S. and two subsequent sightings in Korea (here and here), this prototype was spied while undergoing testing at GM’s Milford Proving Grounds in Michigan, and the photos give us our best look yet at the Buick’s second-gen subcompact crossover. 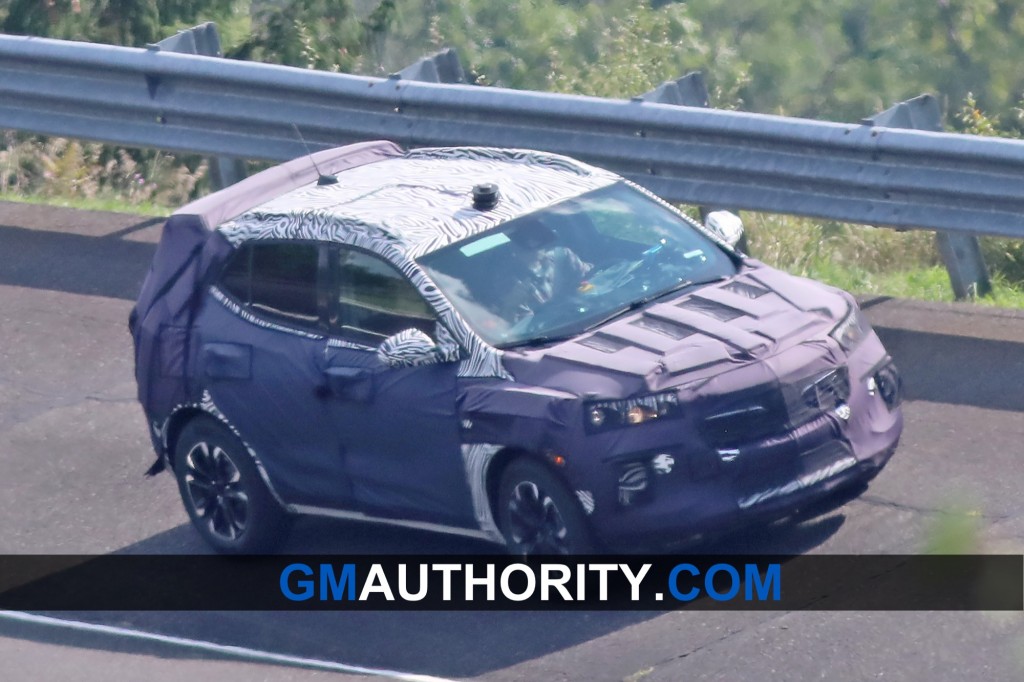 Despite most of the prototype being covered by dark, heavy camo, we can still make out some rather important details. The headlights seen here are placeholder non-production units, but a pair of wings that are part of Buick’s new signature logo/grille design can be seen peaking out from under the camouflaged grille. Notably, the entire front end has a more upright appearance than the current model, with elements such as the headlights and grille adopting a new layout that stretches the components horizontally.

The side mirrors have been relocated from the pedestal-style mount on the sheetmetal of the front doors to the forward-most spot on the front door above the beltline. The change results in the removal of the front vanity windows seen on the current model, since that’s where the attachment for the new mirror position now resides.

This tester doesn’t appear to have a sunroof, but we expect a large panoramic unit to be offered as an option. 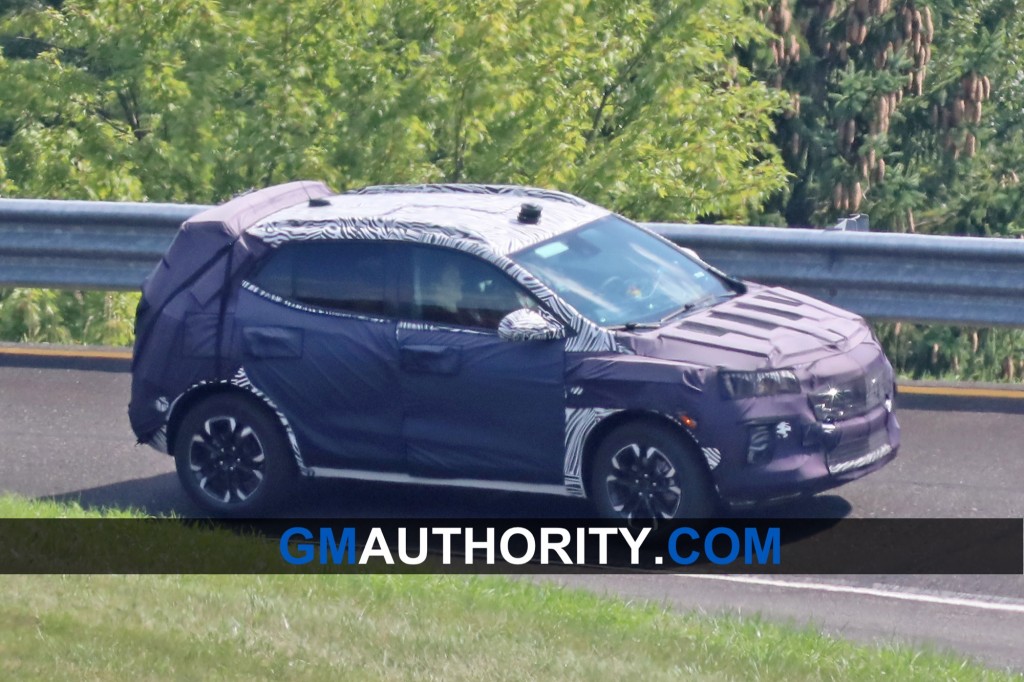 The second-gen model appears to retain the current model’s downward sloping roofline, but the side profile is notably different. The changes start with the design of the Day Light Opening (DLO): whereas the bottom portion of the greenhouse of the current model is mostly horizontal, the next-gen Encore introduces an upward kink that begins roughly in the middle of the rear door and runs toward the C-pillar. The top portion of the greenhouse, however, retains the Encore’s signature “fast drop” as the greenhouse approaches the C-pillar. Have a gander at the wheels, with the black accents typically reserved for models in the Sport Touring trim level. 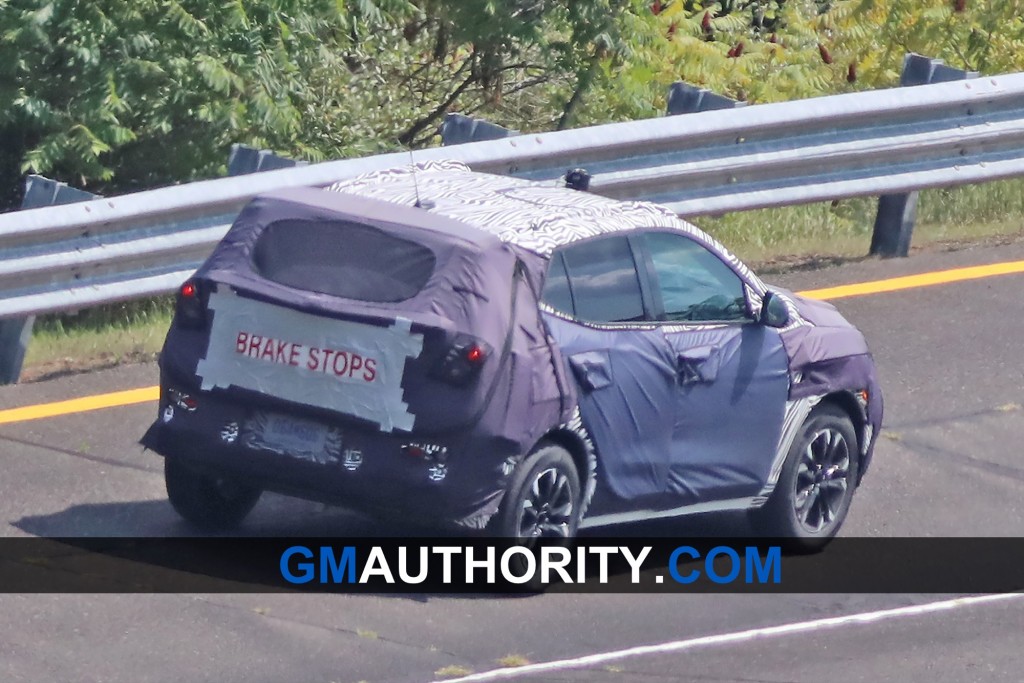 The rear end is all camo’d up, making it nigh impossible to figure out what’s going underneath, though the cutlines in the drapes provide some clues as to the shape of the hatch door. Curiously, we don’t see any notable exhaust treatment, with the tester’s exhaust seemingly exiting via a single outlet tucked under the rear end of the vehicle. This is similar to what we’ve already seen on the Encore’s upcoming GMC-badged platform mate. By contrast, 2020 Chevy Trax spy shots show the crossover with a dual exhaust treatment. 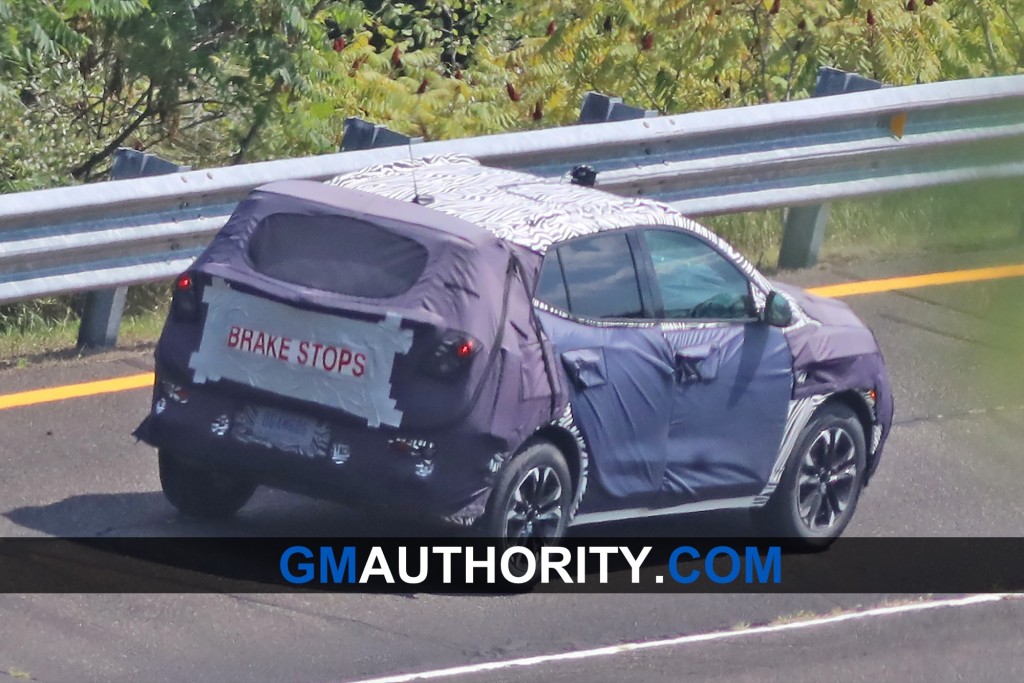 Despite some reports stating that the new Encore will grow in size, we believe that 2020 Encore will retain the dimensions of the current model, as it will slot beneath the compact Buick Envision in the Tri Shield brand’s crossover lineup.