As General Motors pays more for raw materials, it could increase the prices of its vehicles, effectively passing the increased cost on to the consumer.

“To the extent that we have opportunistic ability to pass along some [of the higher costs], we will,” said GM Chief Financial Officer Chuck Stevens during the GM second quarter 2018 earnings call with analysts.

Costlier raw materials as well as unfavorable exchange rates in Brazil and Argentina will rob the largest American automaker of $1 billion in profit this year, causing the firm to trim its profit outlook for the year. GM shares plunged on the news, seeing their biggest one-day percentage drop since November 2011. The shares have since recovered some of their lost value. 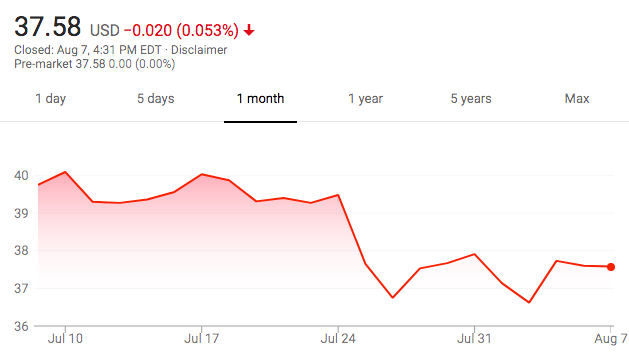 So far this year, GM has been able to offset some of the negative impact of higher commodity costs and disadvantageous exchange rates by selling higher-priced vehicles, said Stevens. Consumers’ growing interest in crossover utility vehicles (CUVS), sport utility vehicles (SUVs) and pickup trucks has helped GM in that regard, since the models are generally more profitable than cars.

Stevens also stated that GM is open to other options to combat higher costs, include substituting materials.

Raw material prices are showing signs of easing from recent highs, but GM will experience a bigger impact associated with the matter in the second half of the year, said Stevens. That’s because it takes roughly three months for the high-priced commodities to make their way into the automaker’s supply chain.