The upcoming Cadillac CT5 is coming as an indirect replacement for the Cadillac ATS and Cadillac CTS. GM has big hopes for the model as it aims to make a splash and make some money in the world’s largest luxury vehicle segment – the compact sport-luxury car space that’s officially known as the D segment. But the going won’t be easy, as the usual suspects from Germany – the BMW 3/4 Series, Mercedes-Benz C-Class and Audi A4/A5 – are so well-established, that they account for the overwhelming majority (over 50 percent) of the segment’s sales volume. The segment is so lucrative, that it has attracted various newcomers over the past decade, including the Lexus IS/RC, Infiniti Q50/Q60, and the Volvo S60/V60. The newest entrants include the Jaguar XE and Alfa Romeo Giulia. If that wasn’t enough competition already, a new fighter is about to enter the ring – the Genesis G70. And it’s come out swinging. 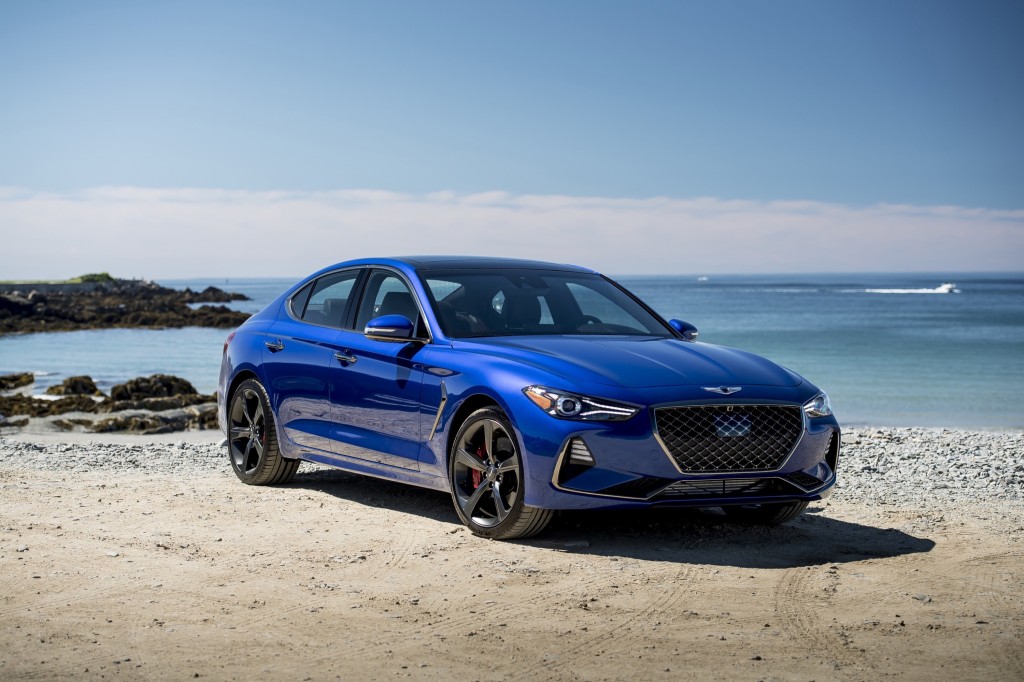 Hyundai’s luxury arm realizes full well that it it must go above and beyond to earn its place. “The world is fine without Genesis,” brand chief Manfred Fitzgerald was quoted as saying by Car and Driver during a recent media drive at Hyundai’s Namyang proving ground. As such, the firm must be bold in delivering special and desirable products.

Like the Cadillac CT5, the G70 seeks to get a bite out of the D segment, which – despite the crossover frenzy – continues to print money. It offers a well-sorted interior comprised of high-quality materials, and an attention-grabbing exterior design, without being too gaudy. As Car and Driver pointed out while driving a recent prototype of the model, the G70’s design and performance has been influence by some of the most respected names in the industry, including former Lamborghini executive Manfred Fitzgerald, former Bentley and Lamborghini design chief Luc Donckerwolke, fifth-gen Chevrolet Camaro designer Sangyup Lee, and former BMW M lead Albert Biermann.

Powertrain options are comprised of a 2.0-liter turbocharged four-cylinder producing 252 horsepower and 260 pound-feet of torque as well as a 3.3-liter twin-turbocharged six-cylinder good for 375 horsepower and 376 pound-feet of torque. Both engines will be available with either a rear-wheel drive or all-wheel drive configuration, and there’s word that a manual transmission will be available for U.S.-bound 2.0T models, at least for the first year. 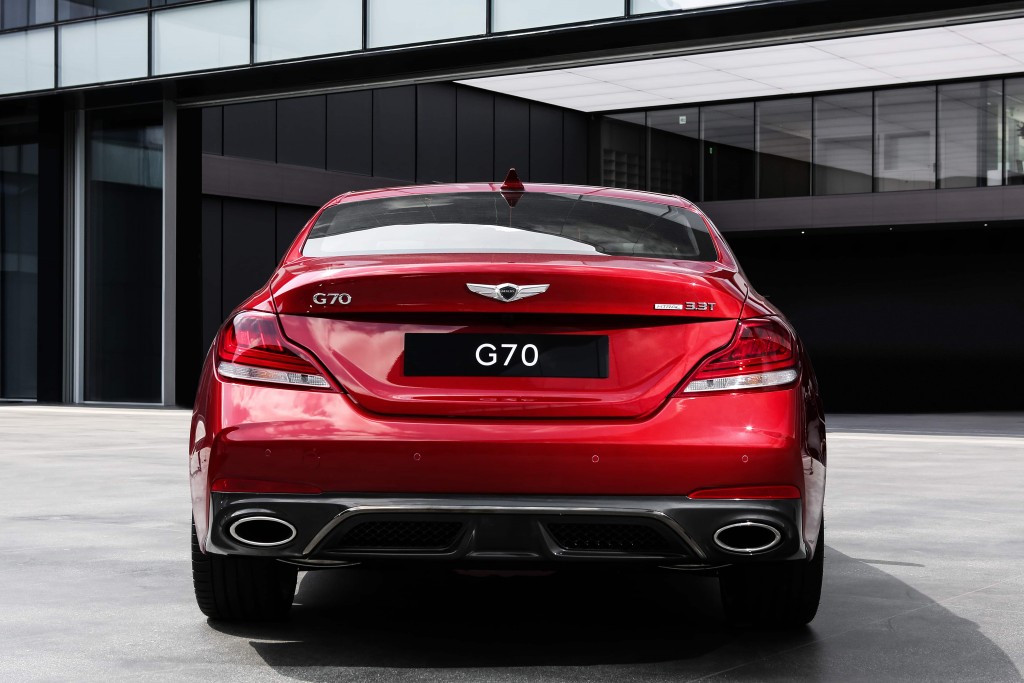 What The Genesis G70 Does Right

At first glance, the Genesis G70 seems to get a lot of things right, including:

To elaborate on the final two points. The G70 will offer five chassis settings: Eco, Smart (auto), Normal, Sport, and the aforementioned Custom setting. We think giving the driver the ability to tailor settings to their exact preferences is a smart move, and can only hope that the CT5 will offer this functionality.

As for the lively all-wheel-drive system, we were rather pleased to discover that the G70’s programming enables the system to maintain a rear bias for the sake of fun driving thanks to the influence of Biermann. It’s worth noting that this characteristic is exclusive to models with the up-level 3.3T engine. 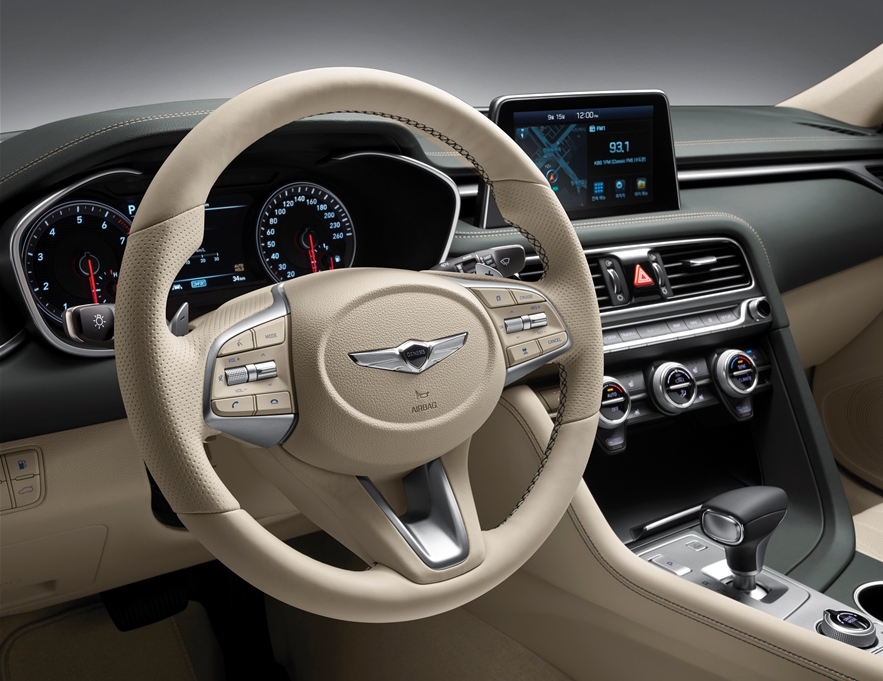 What This Means For The Cadillac CT5

Cadillac certainly has its work cutout if it’s looking to make a splash in the D-segment with the CT5, and lure customers from the established players while defending against newcomers like Genesis, Alfa Romeo and Jaguar.

Time will determine whether Genesis will have any success in this highly-competitive space or against Cadillac’s upcoming entry, which is still in development as of this writing. For now, all we can do is wait for the arrival of the highly-anticipated Cadillac CT5. 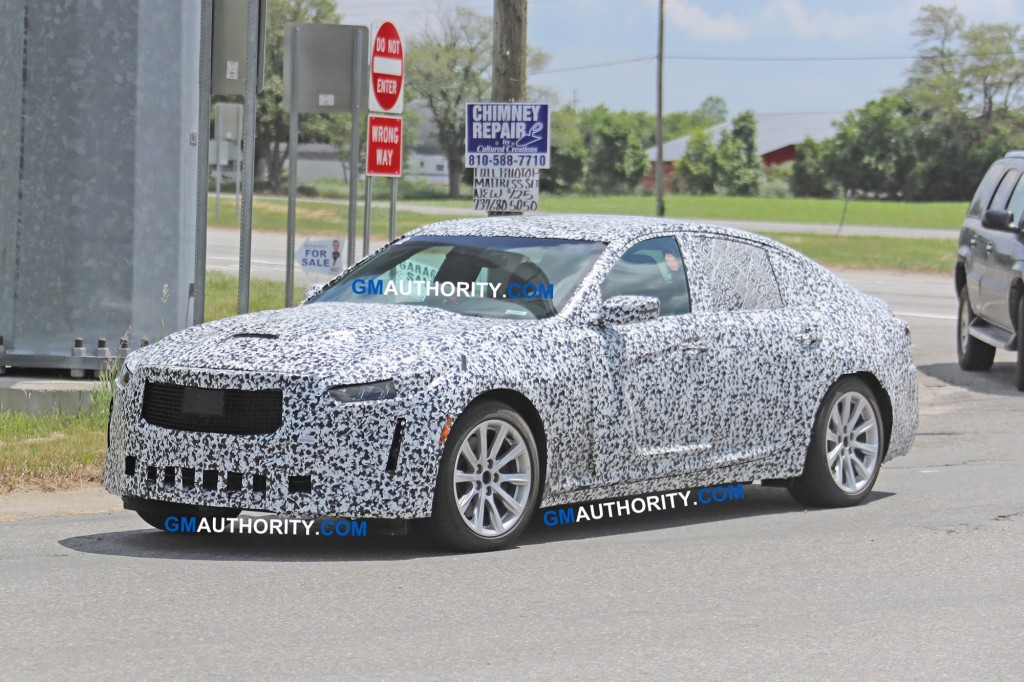 The CT5 will replace both the ATS and CTS in the future Cadillac product portfolio. The vehicle will be larger than the ATS and smaller than the CTS, thereby fitting rather nicely into the D segment. The traditional four-door sedan body styles is a shoe-in, while a two-door coupe is expected. A convertible is a possibility, but we hear that a wagon is out of the question thanks to consumers’ ongoing love affair with crossovers that essentially render wagons useless.

The model will ride on an updated version of the GM Alpha platform dubbed internally as Alpha 2. We expect it to be powered by the new turbo-charged 2.0L LSY I-4 “Tripower” engine while offering the twin-turbocharged 3.0L LGW V-6 and potentially the new twin-turbo 4.2L LTA V8 as the up-level powerplant. An ultra-high-performance CT5-V model is expected. All engines will likely be mated to the new GM 10-speed automatic transmission. 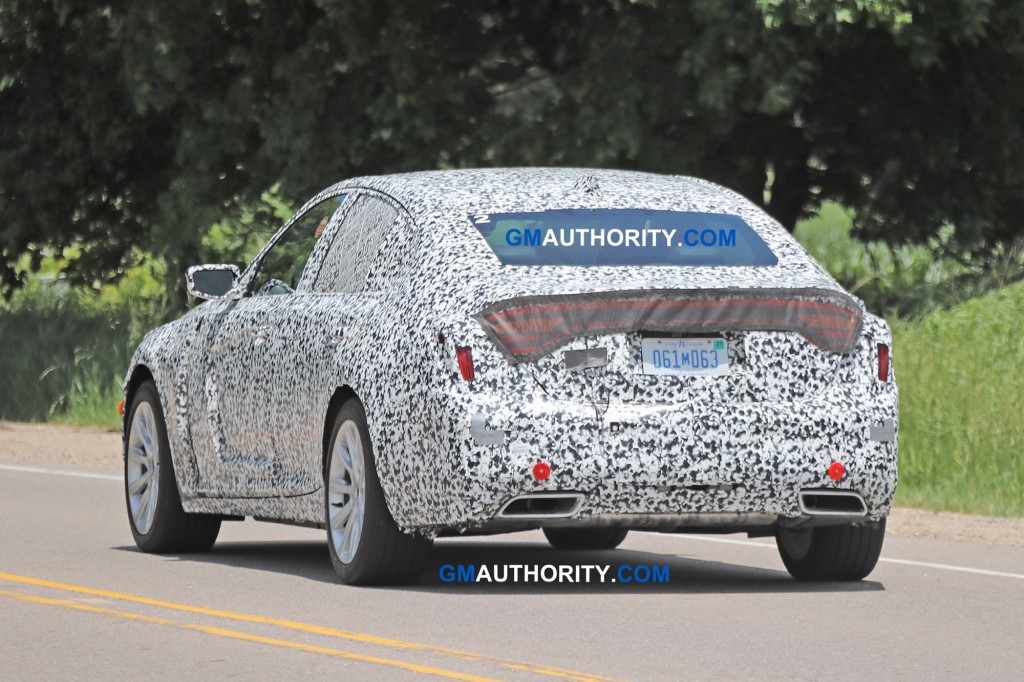 Look for the CT5 to launch in North America in the first half of the 2019 calendar year as a 2020 model year. A China launch might come before that. The vehicle will be built at the GM Lansing Grand River plant in Michigan for American markets and at the Jinqiao Cadillac plant in China for the Chinese market. Other international markets such as South Korea and the Middle East will receive shipments from one of these two plants.