After what’s felt like eons, SSC – formerly “Shelby SuperCars” – is nearly ready to reveal its followup to the insatiable Ultimate Aero hypercar: the Tuatara. The wraps will finally come off at Monterey Car Week next week, and we have a hunch that, like the Ultimate Aero before it, the new Tuatara will use a Chevrolet-derived engine design.

While the Ultimate Aero was powered by a supercharged, 6.2L V8 out of the Pratt & Miller-built Chevrolet Corvette C5-R race car, SSC’s new-generation go-fast machine is expected to get its grunt from a 7.0L V8 force-fed by a pair of turbochargers. Or at least, that was the plan back in 2013, when the American company announced that it would partner with Nelson Racing Engines for the powerplant. SSC said at the time that the mill would be good for as much as 1,350 horsepower and 1,280 lb-ft of torque, enabling the car to bolt to 60 mph in 2.5 seconds and reach speeds of up to 276 mph. 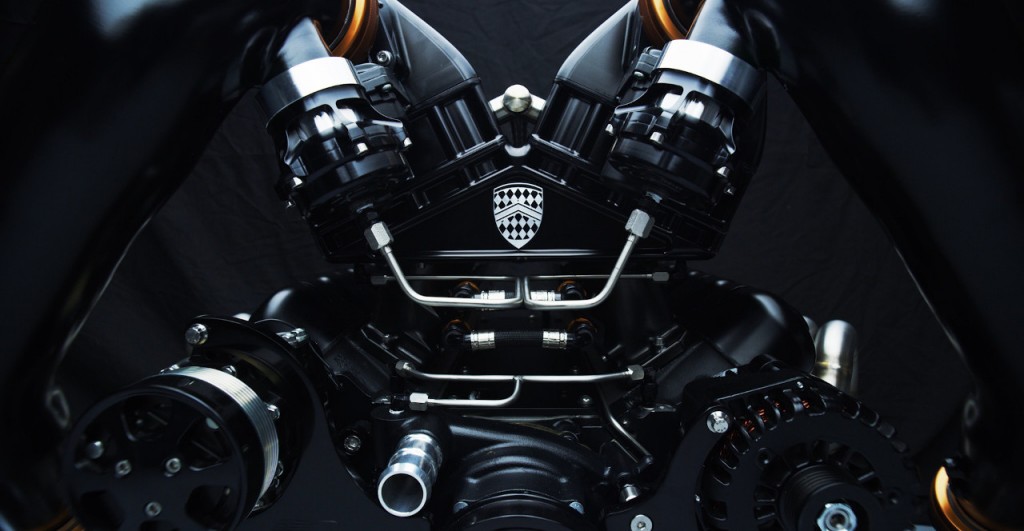 The Tuatara’s Nelson Racing Engines mill is expected to have a unique, billet engine block, but from the images released by SSC of the new motor, it looks to be a pushrod design. NRE offers a range of high-powered Chevy-based motors for custom street and racing applications.