A few weeks ago, we brought you the very first real-world photos of the new 2019 Sierra Denali. But that was only four pictures of a model with the Denali Ultimate Package. Today, we bring you an entire gallery of the new Sierra Denali, which we caught up to while the pickup was undergoing validation testing near Detroit.

The Crew Cab model seen here is coated in Onyx Black (color code GBA), the only paint option that doesn’t carry an extra charge on the 2019 Sierra Denali. In addition, this particular tester doesn’t have the Denali Ultimate Package that includes all kinds of niceties. 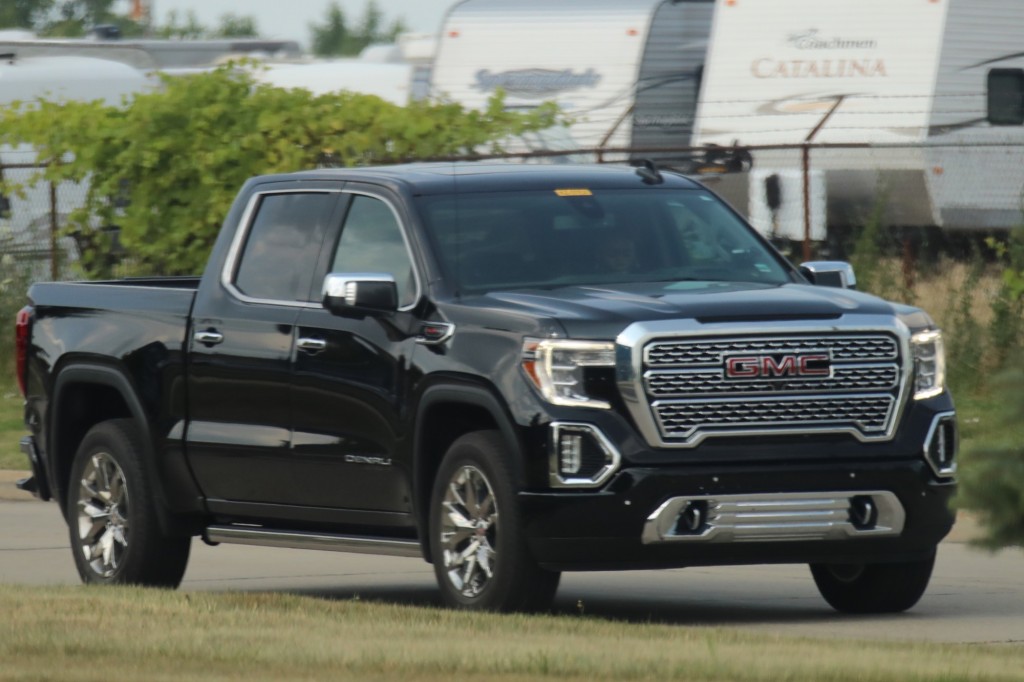 The front end features various Denali-specific features, including the signature Denali grille with high gloss Black mesh and chrome inserts. The “large and charge” grille is mated to a body-color front lower bumper. 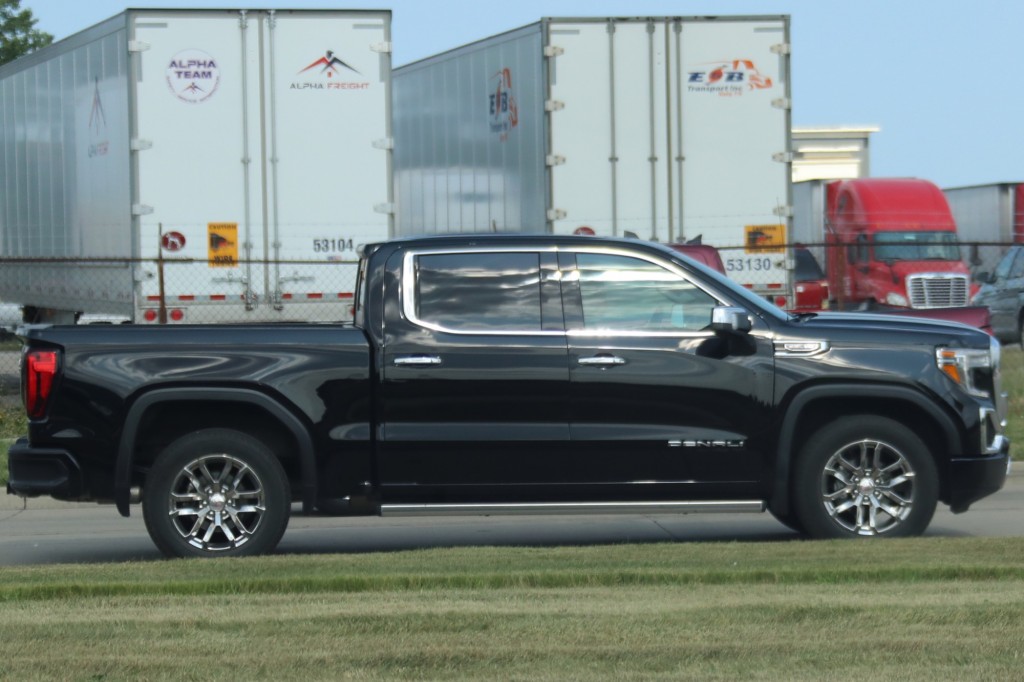 The window surround moldings and door handles are also finished in chrome, as are the wheel-to-wheel assist steps. Despite the absence of the Denali Ultimate Package, this model features deployable and rearward-articulating running boards (officially dubbed MultiPro power steps). A prominent Denali badge, also finished in chrome, can be seen on the lower part of the front doors, as does the 6.2L V8 badge fore of the mirror.

Interestingly, this truck is wearing a set of 20-inch polished aluminum wheels (RPO code NZM). These rims are not typically available with the Sierra Denali. Instead, they’re optional on SLT packages. 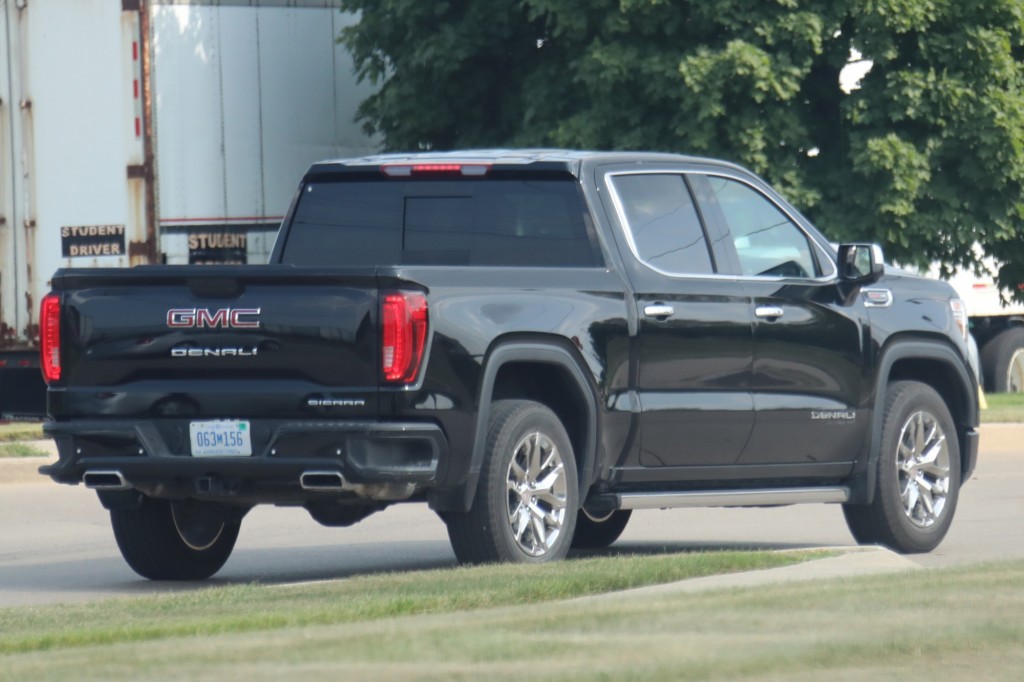 At the back of the cab, we can see the cab-mounted cargo lamps integrated on either side of the CHMSL, which is standard on all 2019 Sierra models. The rear of the bed features body-color rear bumper with improved CornerStep.

Signature LED taillamps with LED stop and reverse lights flank this model’s regular tailgate. That’s right, this 2019 Sierra Denali swaps the MultiPro tailgate that’s standard on the Sierra for the regular tailgate. The GMC and Denali insignias are prominently displayed in the center of the tailgate.

The 2019 Sierra Denali is offered with two engine choices.

The 5.3L V8 L84 EcoTec3 engine with Dynamic Fuel Management is standard. It’s mated to an improved 8-speed automatic transmission, and the combination is good for a combined 355 horsepower and 383 pound-feet of torque.

The 6.2L V8 L87 EcoTec3 engine with Dynamic Fuel Management is optional, and that’s what’s lurking under the hood of the model seen here. Mated to the new GM 10-speed automatic transmission, it’s rated at 420 horsepower and 460 pound-feet of torque. 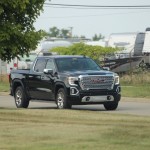 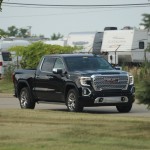 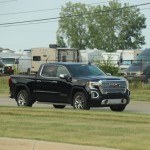 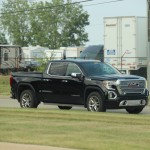 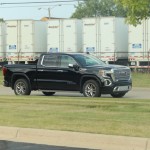 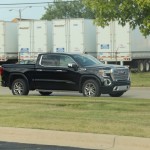 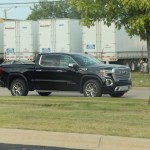 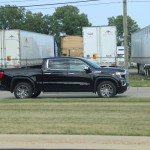 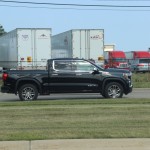 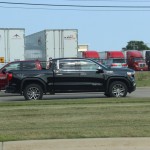 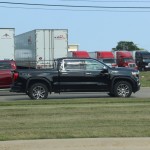 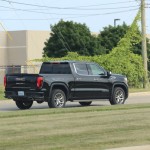 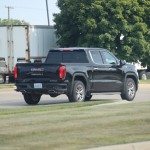 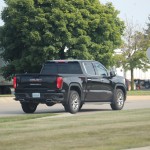 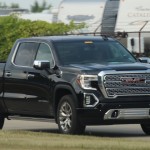 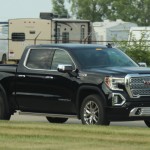 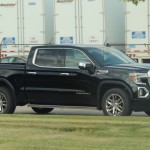 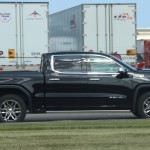 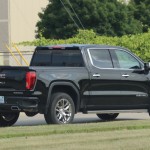 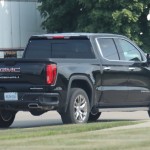