GMC tells us that ARC delivers “premium driving refinement with exceptional responsiveness”, with “a high level of primary vehicle motion control, but with better ride isolation”. The system consists of three components:

Damping is adjusted at each individual wheel when the Sierra is cornering, braking and accelerating, and damping rates will change when Sport mode is selected by the driver, or automatically when the system detects heavy trailers or large payloads.

Don’t let the name fool you: Adaptive Ride Control (GM RPO code Z45) is not just another name for GM’s incredible Magnetic Ride Control, since ARC does not use magnetic dampers/magneto-rheological fluid. Instead, it uses different (and perhaps less sophisticated) active dampers.

Think of Adaptive Ride Control as Magnetic Ride Control “light”. Another way to look at it is that of a version of Continuous Damping Control, which is available on GM cars like the Buick Regal and LaCrosse and crossovers like the Buick Enclave, Cadillac XT4 and XT5, as well as the GMC Acadia, but adapted for the requirements of a pickup truck. 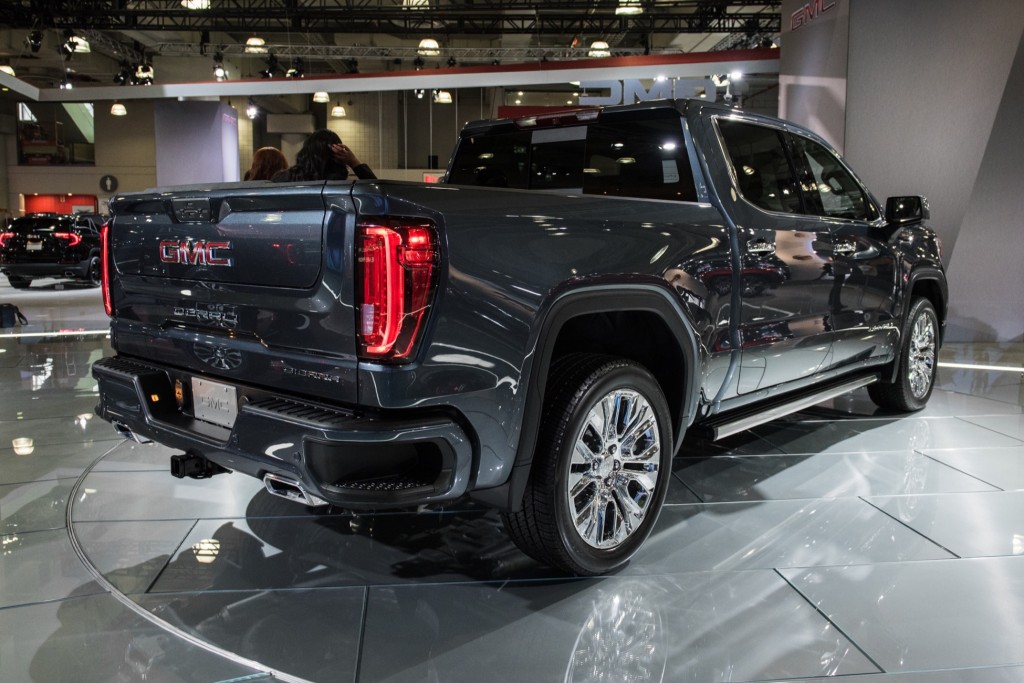 GM’s decision not to use the world-famous and universally-vaunted MagneRide system on the 2019 Sierra Denali is a head scratcher, especially given that the last-gen, K2 platform Sierra Denali was equipped with Magnetic Ride Control (RPO code Z95) as standard, with the truck often regarded as the best-riding and best-handling truck in the world because of it.

With some skepticism, we’ll reserve judgement until we experience Adaptive Ride Control for ourselves in the 2019 Sierra Denali during an upcoming media drive, and will report back on our findings then. In the meantime, stay tuned to GM Authority as we uncover more details about GMC’s all-new Sierra.

It is standard only on the 2019 Sierra Denali and is not available on any other trim level or equipment group.

In addition, the feature is not available on any trim level of the 2019 Silverado 1500.