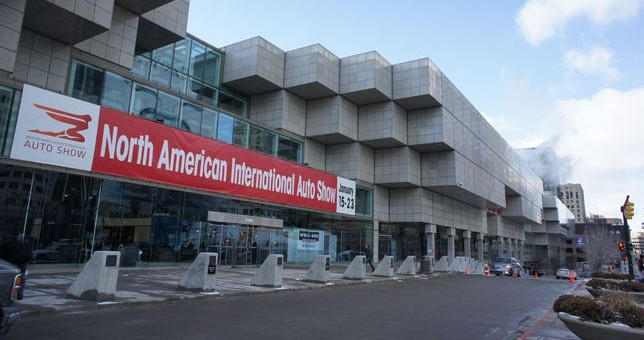 Word is that officials from the Detroit Auto Show visited the Goodwood Festival of Speed to take inspiration on how to make auto shows great again. Soon after these reports, official plans for the 2020 North American International Auto Show were revealed. The plan is to thaw out the frigid themes of the auto show, moving the event from January to June, and will spill out of confines of Cobo Center to utilize the many gathering spaces throughout downtown Detroit. In this strategic shift to incorporate the city itself, Detroit finally celebrates its place as the world’s automotive capital. Separately, the Detroit Belle Isle Grand Prix could be taking place around the time of the auto show, should a fresh contract be negotiated. This, in theory, would combine two of the three annual major automotive events happening in and nearby downtown Detroit.

This new plan, by our measure, is a great idea. Though, it could be even greater. There’s a major celebration of cars happening every year on and around Woodward Avenue in August, but it has been isolated to the suburbs for quite some time. We think it’s time to change that by leveraging the Detroit Auto Show. 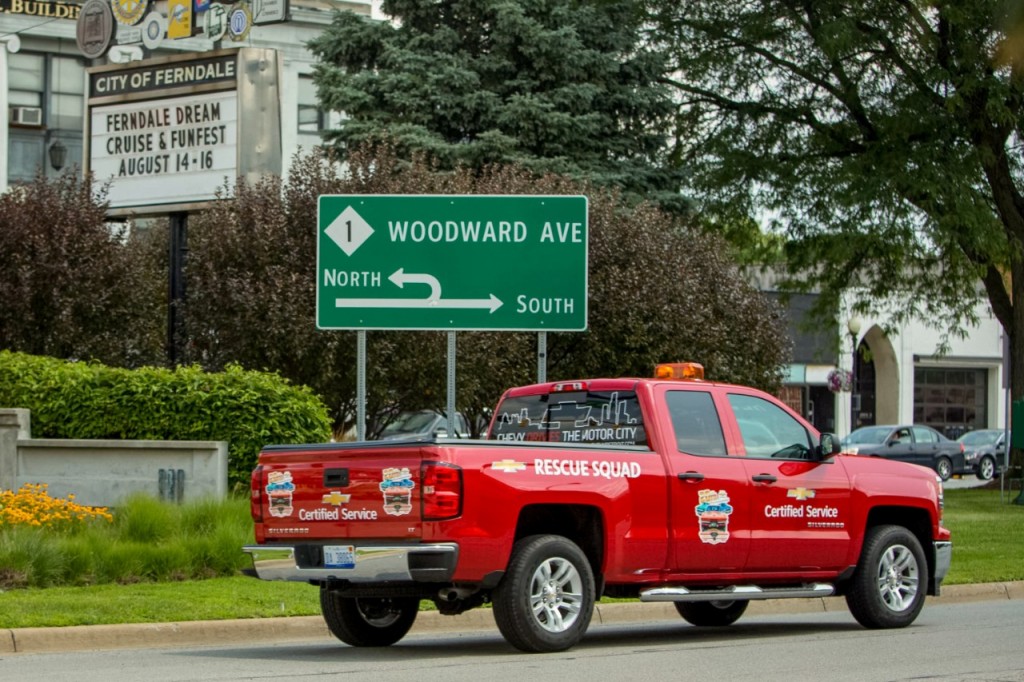 Why the Week Of Woodward Dream Cruise?

January wasn’t working. The show got steamrolled by the Consumer Electronics Show, which took place a week’s difference, if not the same week, and all of the overtime payouts to build the displays up during the holiday season weren’t helping things. It was also barely a month away from the Los Angeles Auto Show, which takes place at the end of November. An October auto show, while the prettiest month to be in Michigan, would also wedge the event between important European shows (Frankfurt/Paris), and would keep basically the same unfavorable proximity towards the LA show, which probably a large reason why NAIAS organizers settled on a summer month, after some convincing from GM and other automakers. A June show, perhaps during the week of the Detroit Belle Isle Grand Prix (should negotiations go alright) isn’t a bad idea at all, but this optimal situation is contingent on the renewal of the Detroit GP’s future, and existing in June.

Meanwhile, the Dream Cruise, is longstanding, and serves as the linchpin for American car culture. Each year, the single-day event attracts over a million visitors, and tens of thousands of classic cars to Woodward Avenue, albeit the suburbs. For most, it celebrates the past. The Detroit Auto Show celebrates the future, and is held in the city proper. The two events happening together would demonstrate unprecedented symbiosis between the city and the suburbs through the celebration of car culture, and would give more incentive to drive all of Woodward Avenue in a historic vehicle to peek into the future unveiling itself in downtown Detroit. 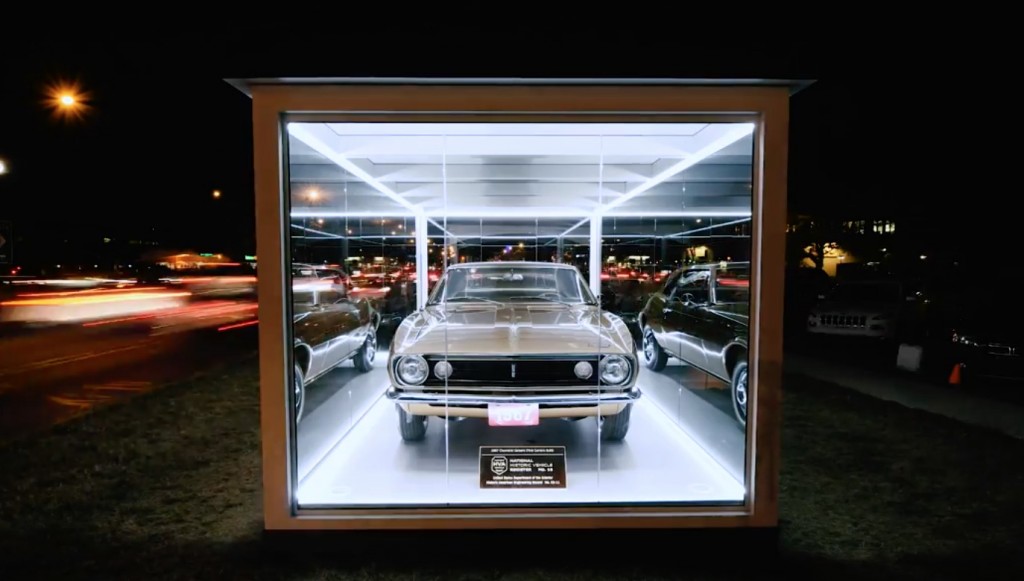 We Envision the Following Scenario:

Establish the cadence of events for the auto show the same as it has been. Vehicle reveals and media days Sunday-Tuesday, utilizing both Cobo hall and Detroit’s gathering spaces. Industry days will follow on Wednesday and Thursday. Charity Preview (car prom) Friday. Public opening Saturday – simultaneously with the commencement of the Woodward Dream Cruise. Sometimes there’s a NASCAR race that Sunday at Michigan International Speedway.

Public car events, both organized by automakers and independent enthusiast clubs leading up the the Woodward Dream Cruise would also be happening simultaneously during the media and industry days of the auto show. Events such as the Chevrolet “Silent Cruise” event, which is an official gathering of Volt and Bolt EV owners in the middle of that week, and the mighty Roadkill Nights that Friday night, which remains heavily sponsored by Dodge happening at M1 Concourse in Pontiac – a race track at the northernmost section of Woodward Avenue.

What About Pebble Beach?!

The Dream Cruise and Pebble Beach Concours d’Elegance have normally been in the same week of each other, but attract entirely different crowds. Caught in between are the media outlets, which have to send a separate squad of hacks to both events. For the big ones, a little extra travel expenditure isn’t going to cause a mass layoff. For the smaller ones, they have to pick and choose, but there are those among the industry that have a favorite event. It would also imply that some outlets would have boots on the ground for an entire week. That would be borderline unprecedented, and a lot of extremely early mornings for visiting journalists that live in the Pacific Time Zone. It would be up to the media to figure all of it out. I can hear the groans of inflated self-worth bellowing in protest already.

This Doesn’t Guarantee Participation/Re-entry From Other Marquees

Perhaps not. But it’s important to note that brands like Mercedes, Audi and BMW otherwise participate in major auto shows all over the world. Especially Europe, where a company like GM has essentially zero representation, and therefore not spending money on shows there. That’s the trade off, and such a scenario with brands holding out on returning to Detroit leaves opportunity for the Detroit 3 to make their homecoming party all the more self-celebratory. 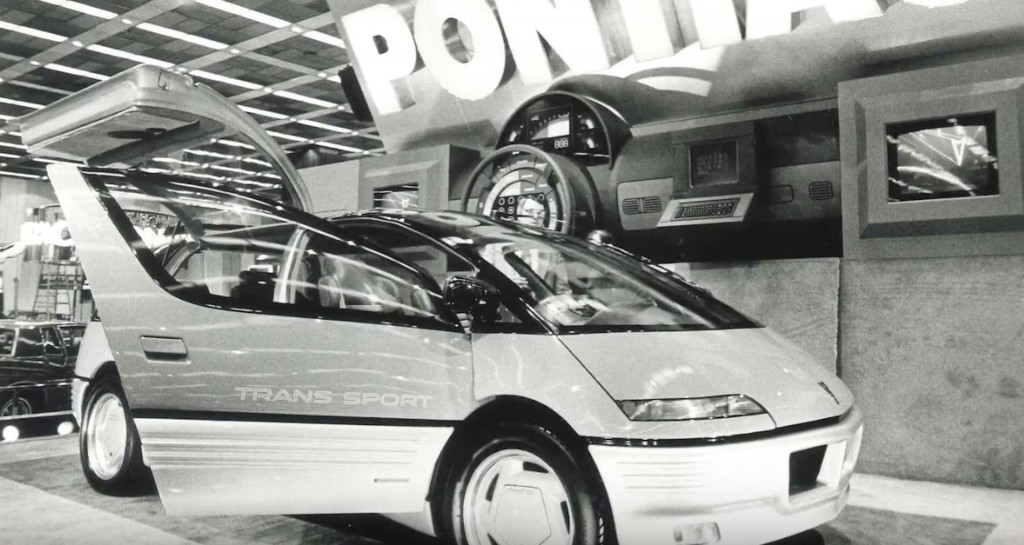 One Downside: An August Auto Show Could Ruin Some Personal Summers

The production of the Detroit Auto Show begins almost a year in advance, but the crescendo really starts a month or two beforehand, when automakers lock in on which vehicles to debut, in turn establishing which subject matter experts to prepare for media interviews, along with scheduling said interviews, etc, etc. This corporate effort, however, is eclipsed by the teams of laborers toiling away in the confines of Cobo Center to set up each and every brand display. The hours are long, and the weekends are sacrificed in the name of the mighty deadline. Now, that’s one thing in the frigid month of December. At least everybody is indoors. It’s another thing entirely if it cuts into precious few summer days up north on the lake. And, broadly speaking, if a Michigander can’t spend summer weekends up north to enjoy the state’s natural beauty, then there’s little else reason to live here.

Circling back to the core principle of the idea. The idea of an all encompassing celebration of cars and automotive culture, past, present and future could help bridge the division between the city and the suburbs, where Detroit can fully celebrate its deeply rooted identity as The Motor City. 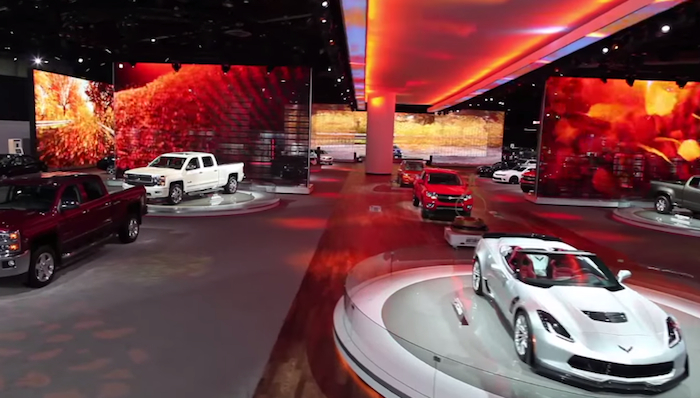