General Motors Company stock took a beating Wednesday and Thursday after the automaker lowered guidance for the rest of the year as it reported second quarter earnings. 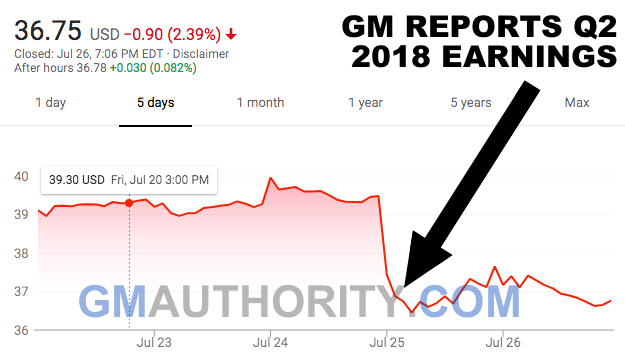 General Motors revealed that costlier raw materials and unfavorable exchange rates in Brazil and Argentina will negatively impact its earnings in 2018, costing the company $1 billion in profit. The automaker has trimmed its profit outlook for the year, adjusting earnings to about $6 per share for 2018. Earlier this year, it forecast earnings in line with last year’s figure, which was $6.62.

During Q2 2018, General Motors’ pretax profit fell 13.3 percent to $3.2 billion. The automaker’s North American operations – by far its biggest and most profitable, was hit more than any of its other regional divisions.