One comes to learn a thing or two after years of obsessively covering General Motors on the daily. One of those things is that the automaker has a penchant for acronyms such as GMNA, GCCX, GME, GMSA, GMI, GMF, VLE, O1SL, CCA, AFL, SIDI… the list of GM acronyms goes on and on. It would seem that The General wants to have an abbreviation for everything, including its own name (GM). But the most confounding one we have to come across yet is CHMSL.

If you don’t know what CHMSL stands for, open the below toggle to find out what it’s all about. And if you already know what CHMSL is all about, congrats… though you still might want to open the toggle below for some interesting info about the feature.

Open Here To Find Out What CHMSL Stands For

CHMSL = Center High Mounted Stop Light (or Lamp, if you so prefer).

A GM lighting technology, the Center High Mounted Stop Lamp is the horizontal stop light that typically sits at or near the top of a vehicle, and helps following vehicles better see a vehicle that’s applying its brakes and slowing. It’s more colloquially known as the third brake light. 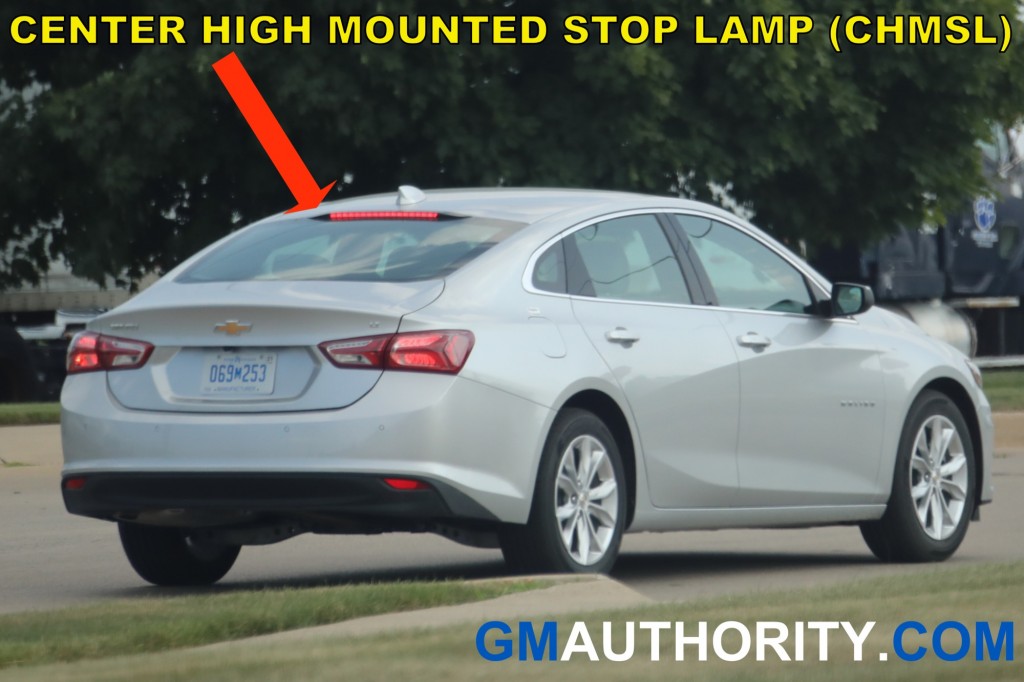 CHMSL is an industry term and is not limited to GM. It has officially been around since 1986 in passenger cars and 1994 in light trucks. In fact, According to the National Highway Traffic Safety Administration (NHTSA), the implementation of CHMSL has helped reduce rear crashes by about 4.3 percent annually. The feature is standard on all current General Motors vehicles, with the exception of Cutaway Vans and Chassis Cab pickup trucks, which are sold as incomplete vehicles.

Most recently, GM has even found a way to take CHMSL beyond function of better visibility. In the Cadillac ATS and CTS families, for instance, CHMSL is placed on the rear deck-lid in such a way that not only serves its intended purpose as the third brake light, but also serves as a functional spoiler of sorts that provides downforce, thereby improving aerodynamic performance. 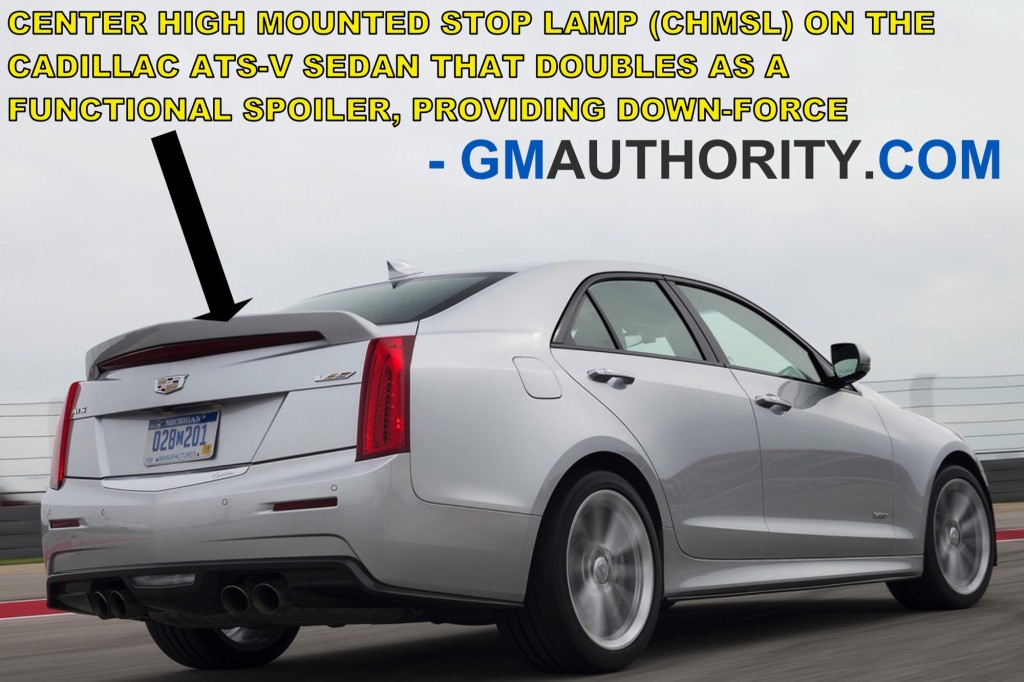 So there you have it: CHMSL – probably the most amusing GM acronym to date. Have any other GM acronyms to share? Sound off in the comments section.