It’s been rumored that a diesel engine is in store for the Chevy Malibu. But the 2019 Malibu refresh came and went, and a diesel engine was nowhere to be seen. Even so, that doesn’t mean that we should abandon hope on a Malibu Diesel, since new information suggests that such a model is currently in development.

New photos obtained exclusively by GM Authority show a Chevy Malibu Diesel prototype undergoing testing in South Korea. The vehicle features a yellow DIESEL label above the infotainment system screen along with black camo in the front and rear. 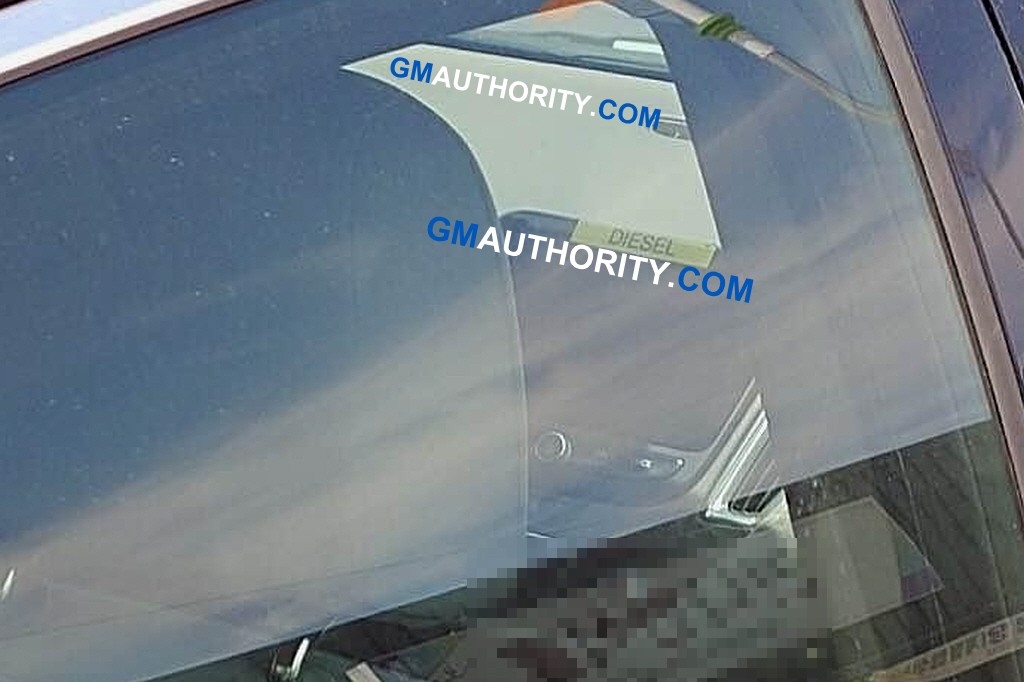 These shots should serve as good confirmation as any that a diesel mill is coming to the Chevy Malibu.

Expect the Malibu Diesel to join the lineup in the very near future, either for the 2019 model year or for the mid-2019 model year, as a 2019i model.

The Chevrolet Malibu is a mid-size sedan sold in most markets where Chevrolet has a business presence. It is currently the brand’s second-largest sedan in the U.S. and Canada, slotting above the subcompact Chevrolet Sonic and compact Chevrolet Cruze but under the full-size Chevrolet Impala.

The 2019 model year represents the fourth year of production of the ninth-gen Malibu, for which the vehicle received a midcycle enhancement, otherwise known as a facelift or refresh consisting of revised exterior styling, a new RS trim level, a Continuously Variable Transmission (CVT) for L, LS, LT and RS models, a new infotainment system, and a new 8-inch reconfigurable driver information center (DIC), among a other new features.