In the late 1960s, Chevrolet was itching to punch back at Ford’s successful Bronco. Work began on what would become the Chevrolet Blazer under Paul Hitch, Chevy’s truck engineering boss from 1965 to 1976.

In Chevrolet’s latest issue of New Roads, an owner’s magazine, the brand put a spotlight on Hitch who oversaw development of the 1969 Blazer.

“I said, ‘Why don’t we just take a Chevrolet pickup, cut the wheelbase to 104 inches, marry the pickup box to it, and see what that does?'”

Hitch recalled sending it to the sales department, which declared the company would sell 300 Blazers per year. Pete Estes, Chevrolet’s general manager at the time, gave it the green light anyway. 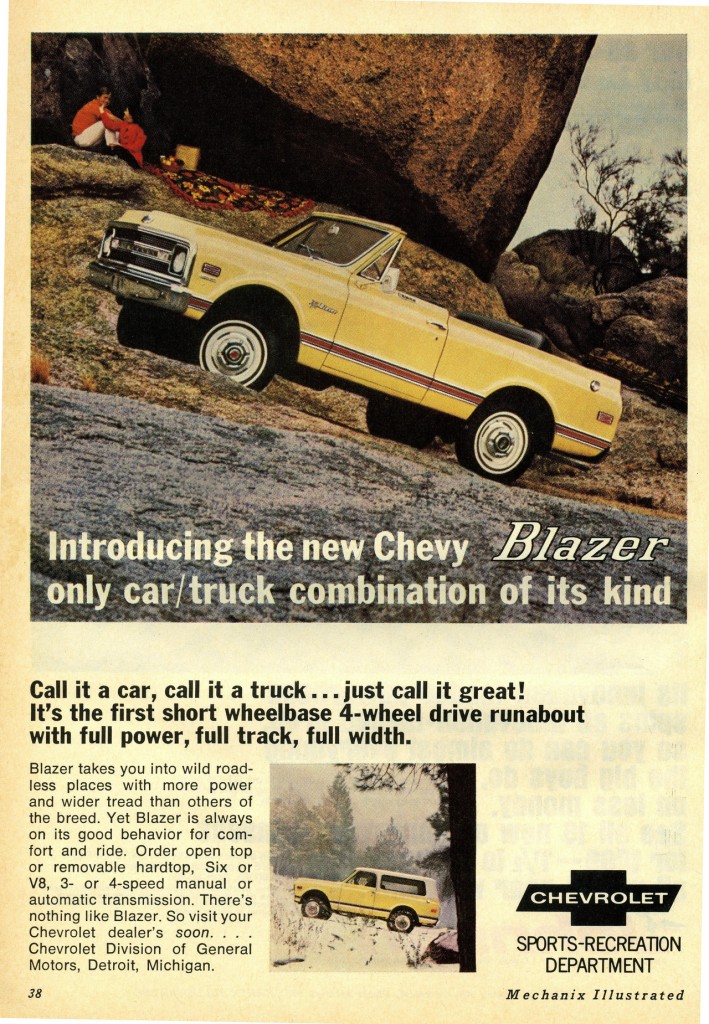 “We didn’t have enough tooling capacity to make any more. That was one funny, unusual situation,” Hitch said.