Just a few days ago, GM Authority brought you new spy photos of the 2020 Cadillac XT5 facelift. Now, we are bringing you a new image of the prototype’s interior.

While, the interior of this tester is (almost) completely covered in camouflage, one element – the shifter – is popping out very clearly. The shifter design seen in this 2020 XT5 prototype is the second iteration of the GM’s digital shifter (EPS/Electronic Precision Shift) for Cadillac models. The new unit has already debuted in the refreshed 2019 CT6 and all-new 2019 XT4. That new shifter will likely control the new GM 9-speed transmission, which is expected to replace the 8-speed unit of the 2017-2019 model. 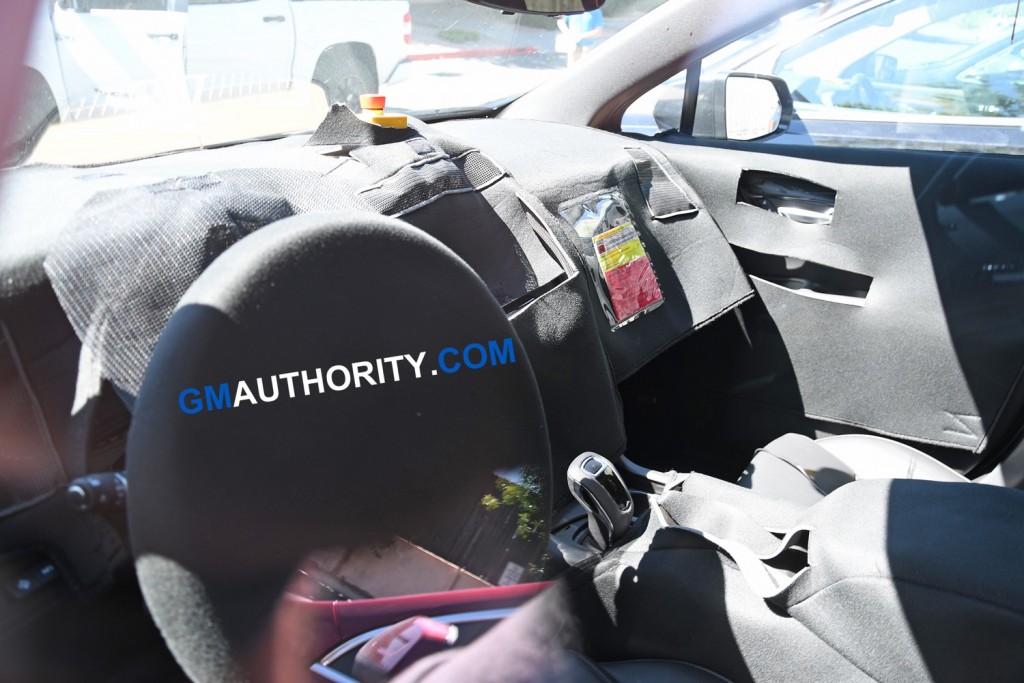 In addition, the folks at Cadillac Society have reason to believe that the new XT5 facelift will also introduce the new rotary controls for the Cadillac Infotainment System (née CUE). Based on the way the camo is positioned in this 2020 Cadillac XT5 prototype, we have to agree. Notably, Cadillac replaced the touchscreen-only infotainment user experience with the new rotary controls on the Cadillac CT6 when it refreshed the large sedan for the 2019 model year, and chances are high that the XT5 is next in line for the update.

Whether the 2020 XT5 will feature other interior changes beyond the new shifter (a definite certainty) and the new tactile infotainment system controls (a high possibility) is currently unclear, but we wouldn’t be surprised to see a few minor nips and tucks here and there.

Expect the 2020 Cadillac XT5 facelift to be revealed by the end of 2018, and launch next year as a 2020 model year vehicle. Besides the aforementioned updates to the interior and transmission, expect minor exterior updates.