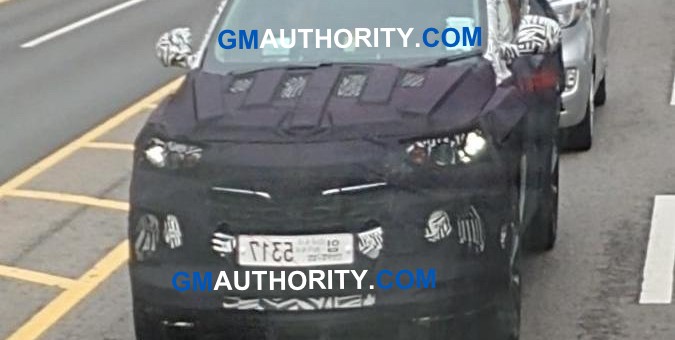 The second-generation 2020 Buick Encore has been spotted undergoing testing in South Korea, featuring less camouflage than prior the most recently-seen Encore prototype (in March).

We can now see a different set of headlights than on the previous tester. The lights feature circular projector-beam headlamps and a set of daytime running lights at the corners. One element that has us rather confused, however, is that we do not see Buick’s signature LED-based lighting elements in the headlights. Because of this, it could be that these are not the production-intent headlights. We can also see what appears to be the Encore’s production-intent grille, which features the new wing-style design around the logo.

The photo also shows that the 2020 Buick Encore will feature a hood that slopes less than the current first-generation model, along with a rather stubby front fascia. Two large wing mirrors and a fast-sloping windshield round out what we can see at the front.

The camo is still covering up most of the 2020 Encore’s rear end, but we can now see what appear to be production-intent taillights, which appear to consist of two circular lights placed next to each other in one cluster. Even so, there is a possibility that the units seen here might not be the production units. 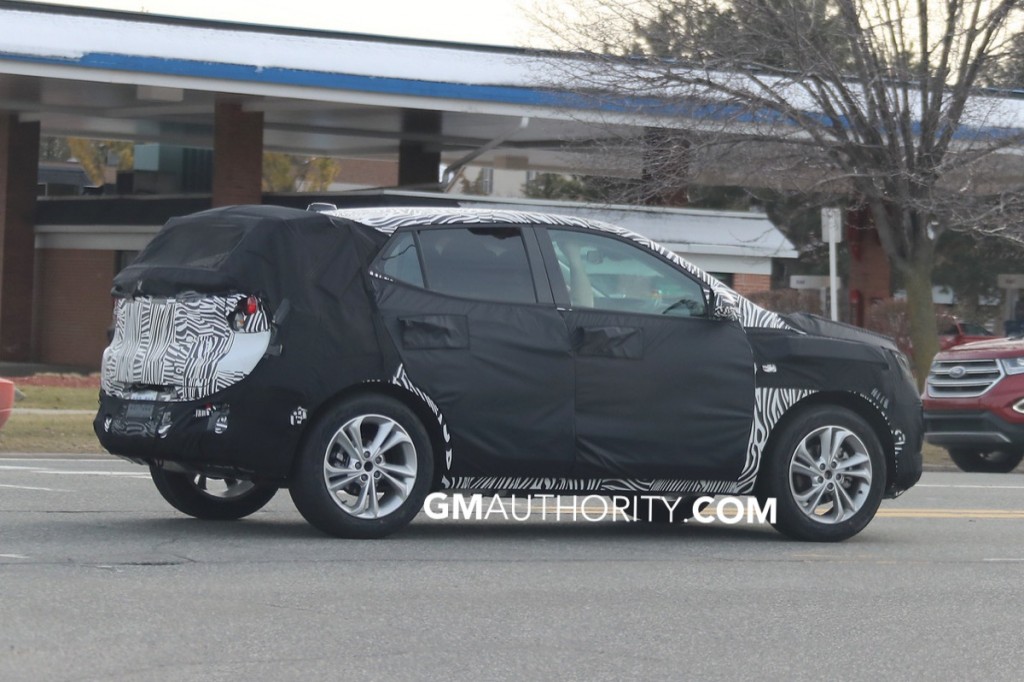 We expect the 2020 Encore to launch in the second half of the 2019 calendar year, likely in the fourth quarter. It will be one of the first (if not the first) GM vehicle to adopt the new GM vehicle set strategy, riding either on VSS-F or VSS-S.

It’s currently unclear where the vehicle will be made. The current model is assembled at the GM Bupyeong Plant in South Korea, but given the growing popularity of crossover SUVs and political uncertainty related to international trade, GM might decide to produce the subcompact crossover in North America, potentially in the United States.

Hat tip to GM Authority reader Wu for the pictures.