We just caught up with a 2019 GMC Sierra base undergoing final validation testing, and boy did we get a whole bunch of pictures that we’re bringing to you here.

Though GMC revealed the 2019 Sierra months ago – first as the 2019 Sierra Denali, followed by the Sierra AT4 and Sierra Elevation – we have not seen the base model of the all-new truck until today. 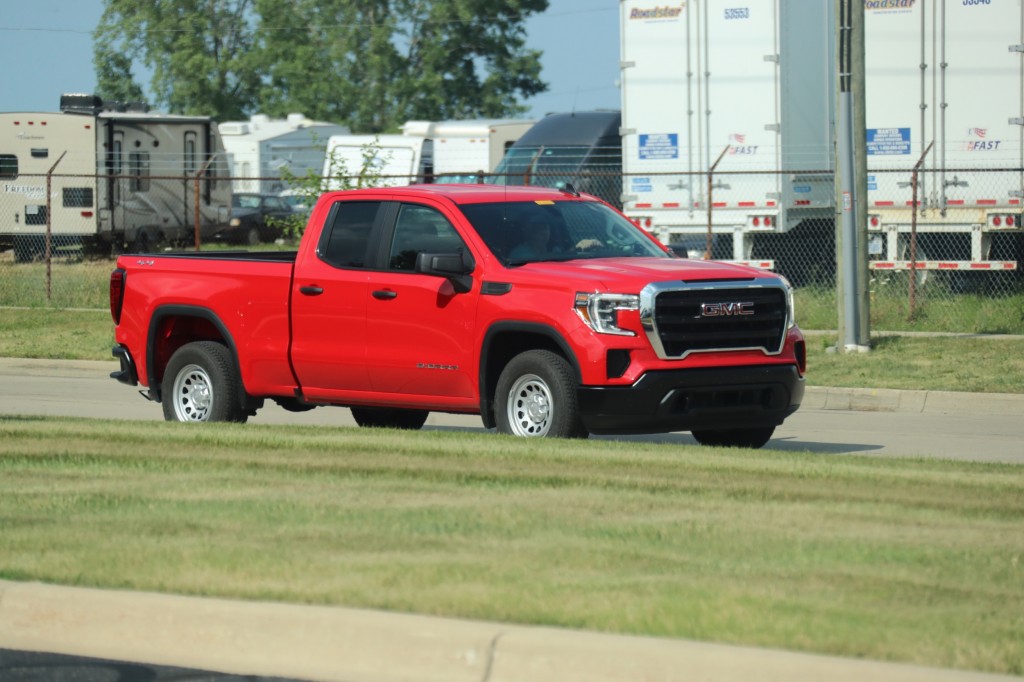 The 2019 Sierra base features unique front-end styling consisting of a black mesh grille with a chrome surround as well as a semi-glossy front bumper.

The 2019 Sierra, even in base trimming, uses LED reflector headlamps with incandescent turn signals as well as LED signature Daytime Running Lamps. However, the model does not have foglamps, with the spaces being covered by black blanking plates that don’t look all that bad in conjunction with the black bumper.

Finally, the outside mirrors have a black cover and are adjusted manually. 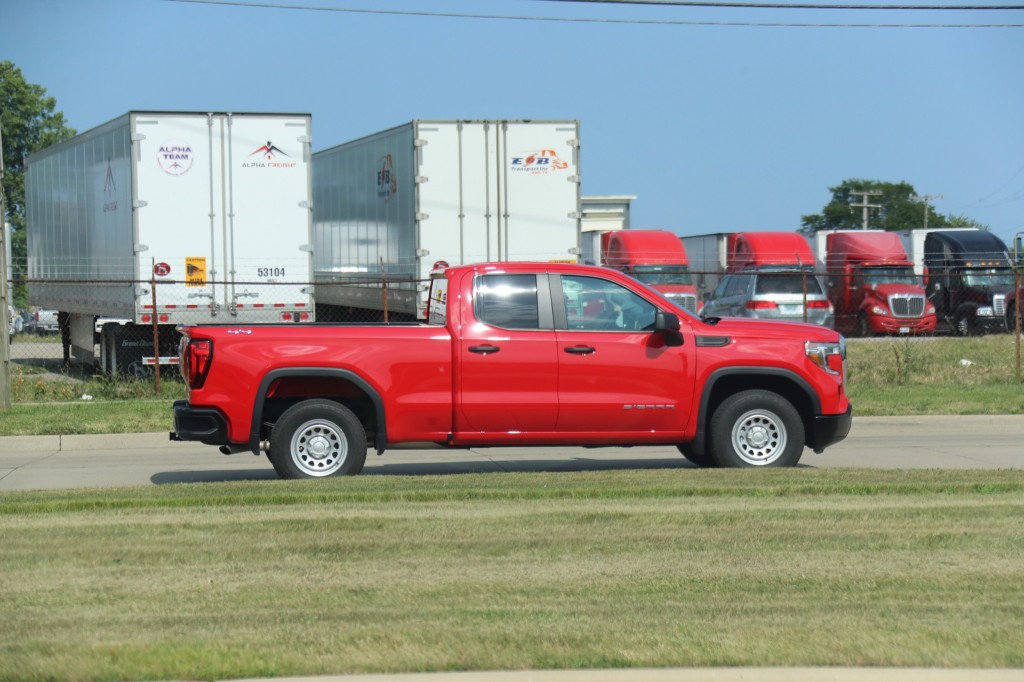 The longer wheelbase of the 2019 Sierra is instantly noticeable. Thanks to the T1 platform, the space between the wheels is up to 3.9 inches over the previous-generation K2 Sierra, while keeping roughly the same exterior footprint. The integrated “bill-style” spoiler mounted at the rear-most part of the cab is also common to all 2019 Sierra models.

The wheel wells of the new Sierra feature a new style, with the rear portion having a (roughly) 90-degree bend while the front part features a shape made up of two distinct curve points (at roughly 150 degrees each). Filling those wheel wells are the base model’s 17-inch steelies (RPO code RD6).

The door handles on the base model are black (officially described as “black grained”), and the space fore of the exterior mirrors is filled with a slotted black blanking plate. On higher-end models, this space features a badge denoting the displacement of the engine. 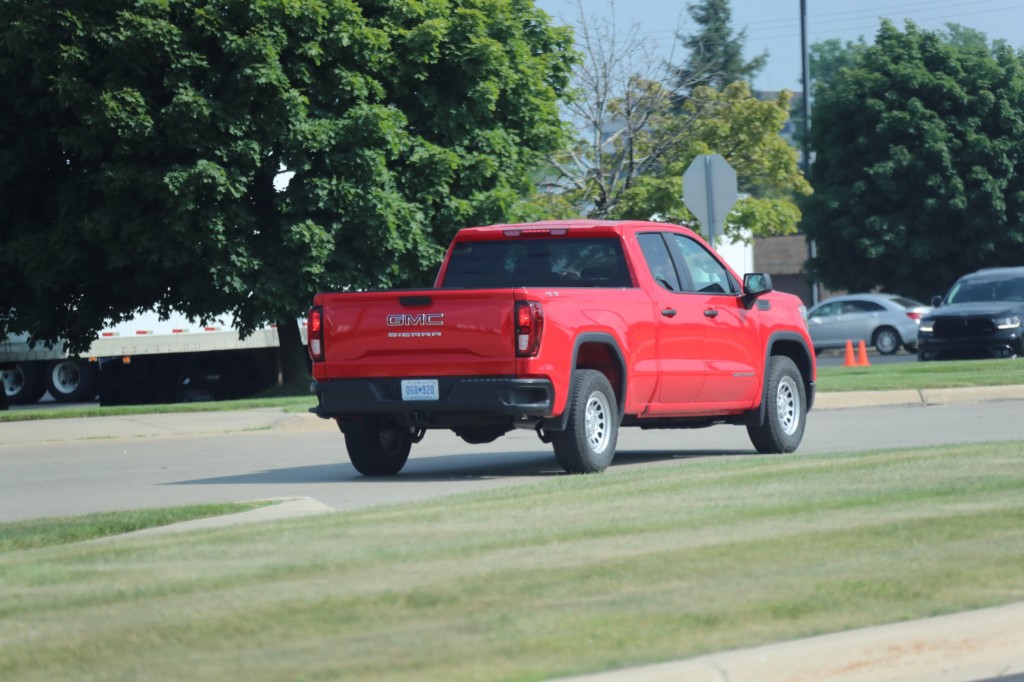 At the rear, the 2019 Sierra Base wears regular incandescent taillamps and an LED CHMSL, although we should note that the order guide states that the model has rear LED taillamps.

As you may have expected, the baser doesn’t have GMC’s innovative new MultiPro tailgate of higher-end models. Instead, the maual tailgate is of the standard (or regular) variety and no lift assist. A prominent red GMC sits right in the middle of the tailgate; a silver Sierra badge is immediately below it. Unlike the Sierra AT4 or Sierra Denali, the rear of the 2019 Sierra base does not have any other badging.

Just like its counterpart at the front, the rear bumper of the 2019 Sierra Base is finished in black, with a semi-gloss texture. Both the color and texture are specific to the base model. GMC’s trademark CornerStep bumper is present and accounted for. In fact, the bumper is improved for 2019, with larger cutouts to better accommodate steel-toed boots.

Dual exhaust will not grace the base model 2019 Sierra. Instead, a single exhaust tip is neatly tucked away behind the passenger-side rear tire. 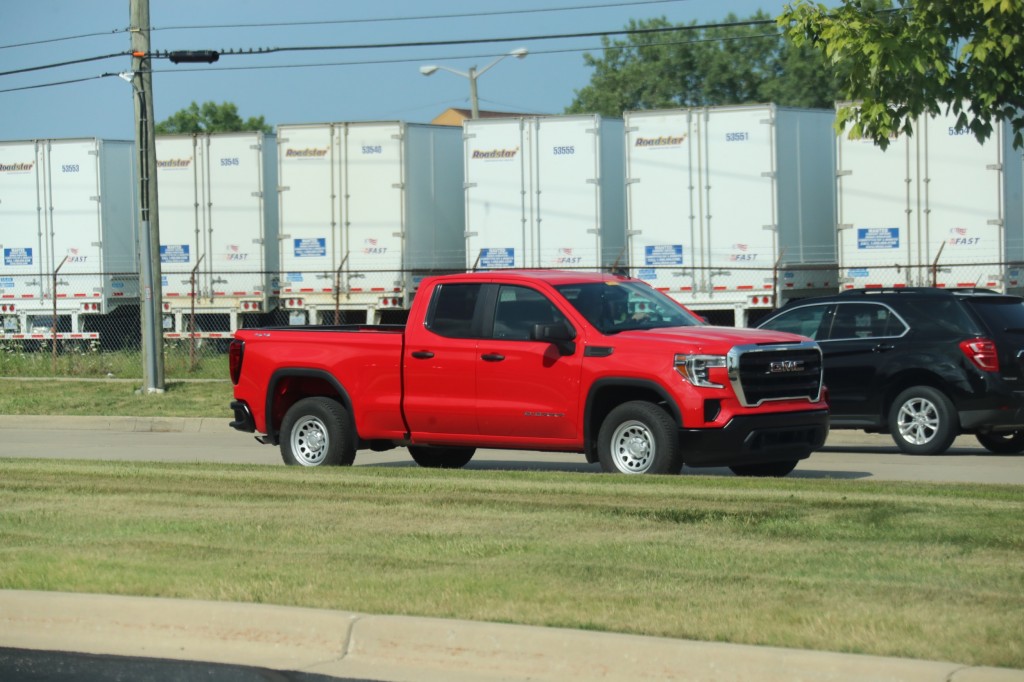 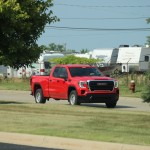 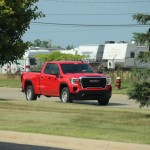 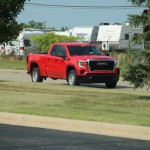 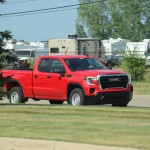 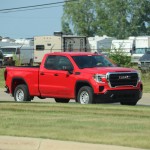 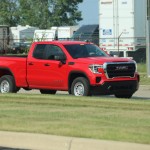 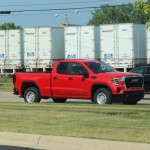 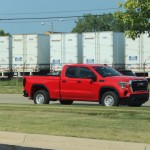 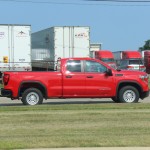 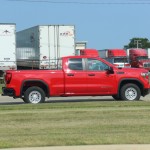 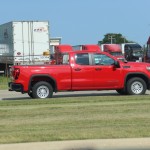 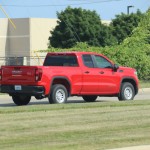 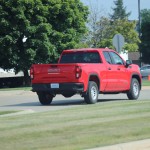 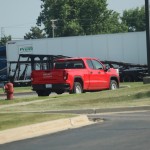