Chevy officially revealed the 2019 Cruze back in April, but we have not seen the refreshed model in the wild (on the road) until today. We recently managed to catch a final prototype of the updated model undergoing final testing, and took a whole set of pictures, which we’re showing you here today. 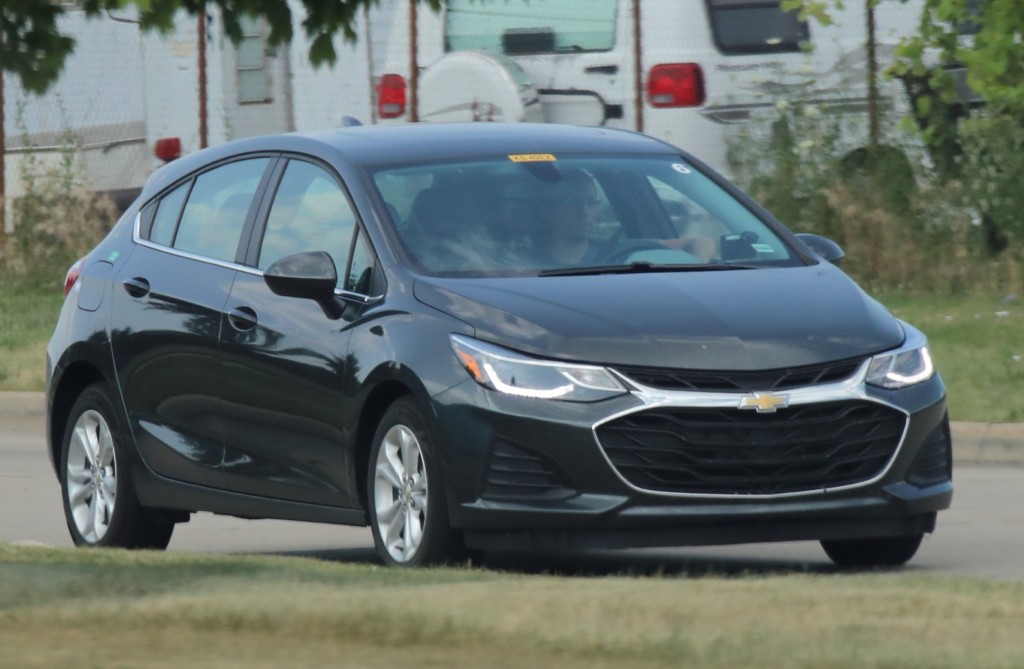 A new fascia, grille and headlamps define the updates to the front end. As far as refreshes go, this one is quite minimal, so one may have to pay attention to the details to discern between the updated Cruze and the pre-facelifted model. Even so, the new front end does bear a notable family resemblance to the 2019 Malibu.

We should note that this Cruze Diesel Hatch features LED signature daytime running lamps and halogen dual projector headlamps as standard equipment. The fog lamp cutouts on this model are filled by black blanking panels; opting for the optional RS package replaces those blanking panels with actual fog lamps. Alas, this model rides without the RS appearance package. 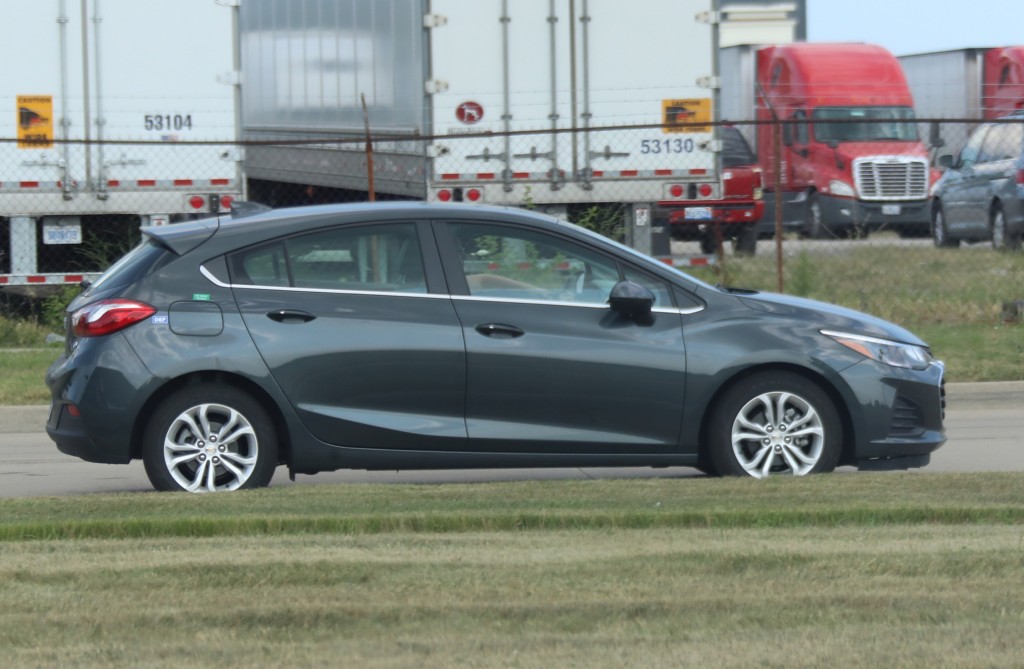 The only change to the side of the 2019 Cruze are new wheel designs, and the model seen here appears to be wearing a new set of 16-inch aluminum wheels (RPO code SK8).

We do, however, appreciate the green sticker above the fuel door that serves as a courteous reminder to only put the stuff they call diesel into the tank. 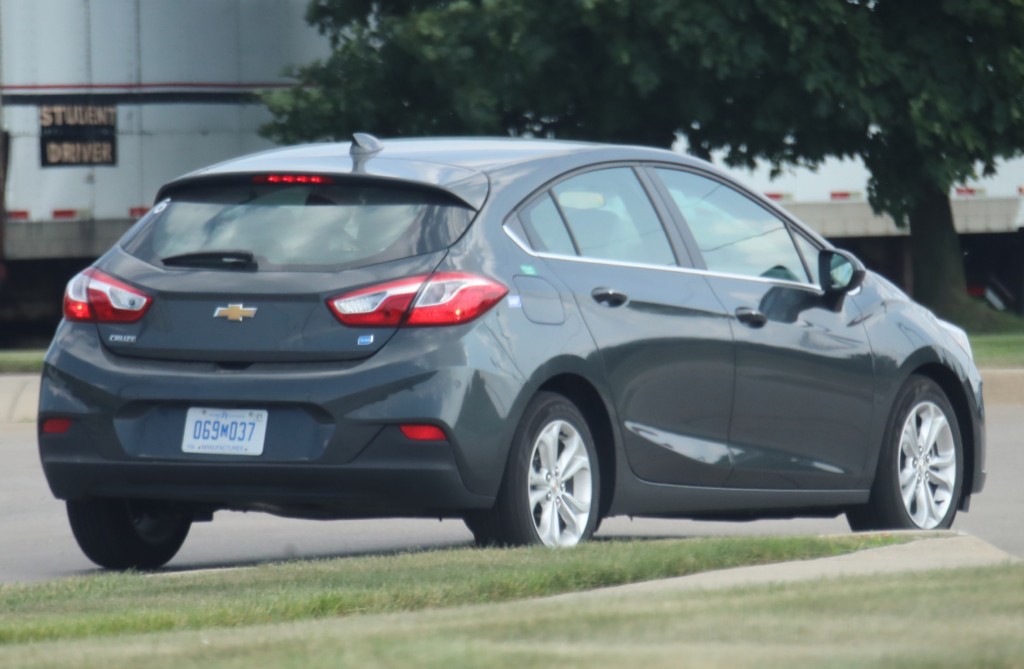 At the rear, the 2019 Cruze gets a revised set of “expressive dual-element taillamps”. In other words, a new set of taillamps is in order. Meanwhile, range-topping Premier models get LED accent taillamps instead of the incandescent units seen here. The CHMSL remains untouched. 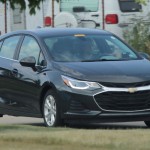 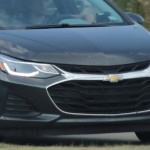 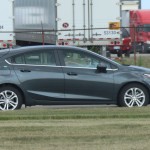 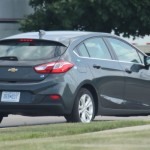 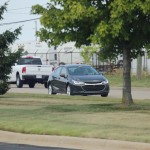 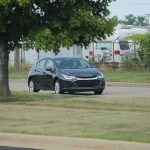 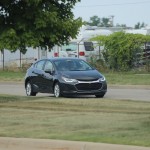 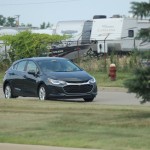 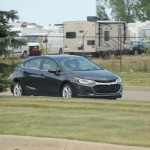 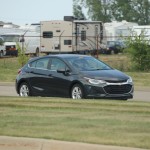 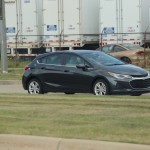 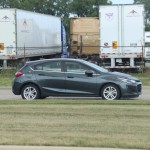 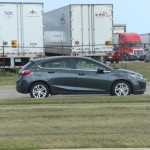 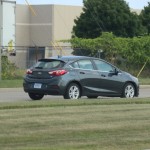 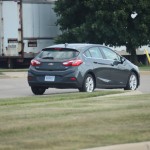 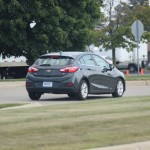 We didn’t get a chance to capture the interior of the tester, but we have a pretty good idea of what we would have found: the new Chevrolet Infotainment System 3 radio with a 7-inch color touchscreen, which is standard on all 2019 Cruze models.

2019 models also see a revised port setup, with two USB ports and one auxiliary jack now being included. By comparison, the 2018 model did not have an aux jack but did have two USB ports, one that integrates with the last-generation infotainment/audio system, and another only for charging. The 2019 model also gets  two interior color combinations:

Finally, the 2019 Cruze loses some interior features, including:

The 2019 Cruze Diesel hatch seen here is powered by the 1.6L Turbo-Diesel LH7 inline four-cylinder engine mated to the GM 9-speed automatic transmission. The combination is rated at 137 horsepower and 240 pound-feet of torque.

The only other engine offered in the 2019 Cruze is the 1.4L Turbo LE2 four-cylinder gasoline engine mated to the GM 6-speed automatic transmission. The duo makes 153 horsepower and 177 pound-feet of torque.

Notably, all 2019 Cruze models gain an override for the engine auto stop-start system.

The 2019 Cruze goes on sale later this year.

Pricing has not yet been announced. The 2018 Cruze Diesel Hatch with an automatic transmission had a starting price of $24,845.

The current model was introduced for the 2016 model year and represents the second generation of the Cruze nameplate. It rides on the GM D2 platform shared with the second-generation Chevrolet Volt and Buick Verano (in China). The second-generation Cruze received a midcycle enhancement, otherwise known as a facelift, refresh or update, for the 2019 model year that consists of updated exterior styling, a new Chevrolet infotainment system, and new interior colors.

The Chevrolet Cruze is produced across the following four GM plants globally: