The 2019 Cadillac CT6 will offer a new 2.0-liter turbocharged four-cylinder engine as its base powerplant, reversing a narrative from last year that assumed that the refreshed CT6 will cease offering a 2.0-liter turbo motor altogether.

Notably, these findings were first discovered by our sister site, Cadillac Society.

Last year, we reported that the 2019 Cadillac CT6 will drop the base 2.0L turbocharged four-cylinder engine (RPO code LTG). This still holds true today, to a certain extent: while the 2.0L Turbo LTG engine will not be available in the refreshed CT6, the new 2.0L Turbo LSY engine will be taking its place.

The findings are based on new VIN decoder documents as well as the official GM order guide for the 2019 Cadillac CT6, both of which are available at the end of this article (see Related Documents section).

Not much is currently known about the 2.0L Turbo LSY engine. The motor’s existence was first uncovered by GM Authority in conjunction with the features and options of the 2019 Cadillac XT4.

In official press materials, Cadillac has refereed to the LSY engine as “all-new”. What’s more likely is that the LSY is the third iteration of the GM 2.0L turbo inline four-cylinder Dual OverHead Cam (DOHC) engine architecture, which began with the LNF and was succeeded by the LTG. 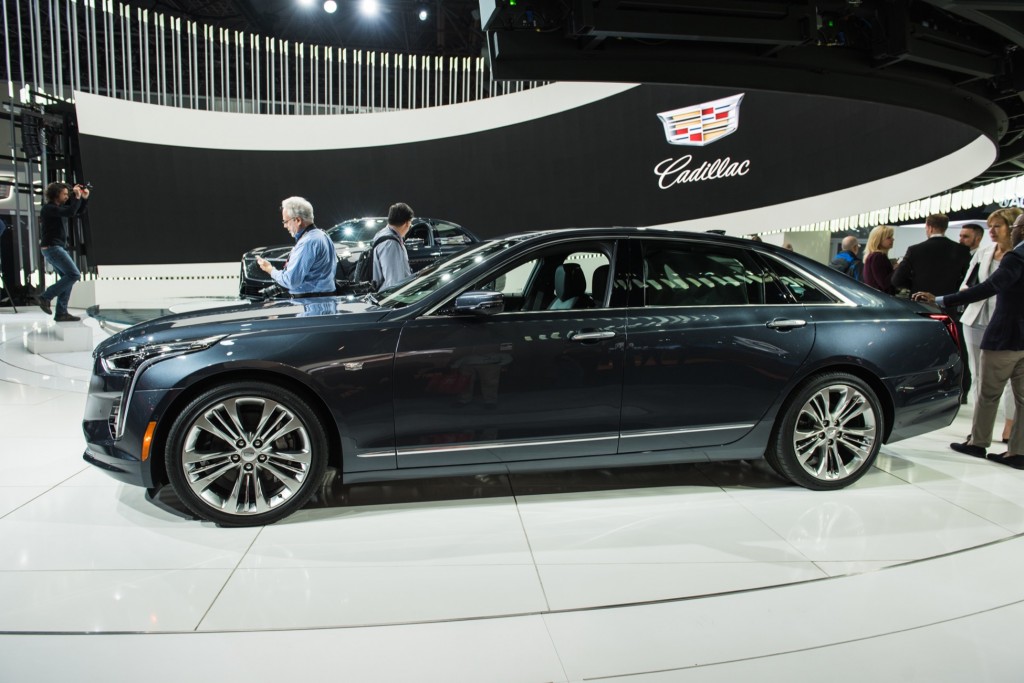 In the 2016-2018 Cadillac CT6, the LTG was rated at 265 horsepower and 295 pound-feet of torque. Despite producing healthy power and torque figures, the engine has been criticized for not having sufficient levels of refinement when compared to similar engines from direct competitors, including BMW, Mercedes-Benz and Audi. We’ve heard through the grapevine that, because of this, engineers focused on significantly improving refinement and “feel” with the LSY motor.

To that end, we do not currently know how the LSY will be rated in the 2019 CT6, as GM/Cadillac have yet to share the engine’s output in the CT6. However, we know that the engine makes 237 horses and 258 pound-feet of torque in the 2019 XT4, but that application has a completely different driveline compared to the CT6: whereas the XT4 has a transverse engine placement with a 9-speed automatic transmission driving the front wheels (with optional AWD), the CT6 has a longitudinally-placed engine sending power to the rear wheels.

Traditionally, GM vehicles with a longitudinal powertrain orientation have had higher power and torque ratings than transverse-engined counterparts when using the same engine. As such, we would assume that the 2019 Cadillac CT6 with the new LSY engine will make at least 265 horsepower and an equal amount of torque, if not more – all while delivering higher levels of refinement over the LTG.

Notably, the 2019 CT6 will pair the new 2.0L Turbo LSY engine with the new GM 10-speed automatic transmission (RPO code MHS). By comparison, the 2.0L Turbo LSY was mated to the outgoing 8-speed gearbox, which – much like its engine pairing – has criticized as lacking in the refinement department.

The 2019 Cadillac CT6 with the 2.0L Turbo LSY engine will send power exclusively to the rear wheels, as all-wheel-drive will not be available. 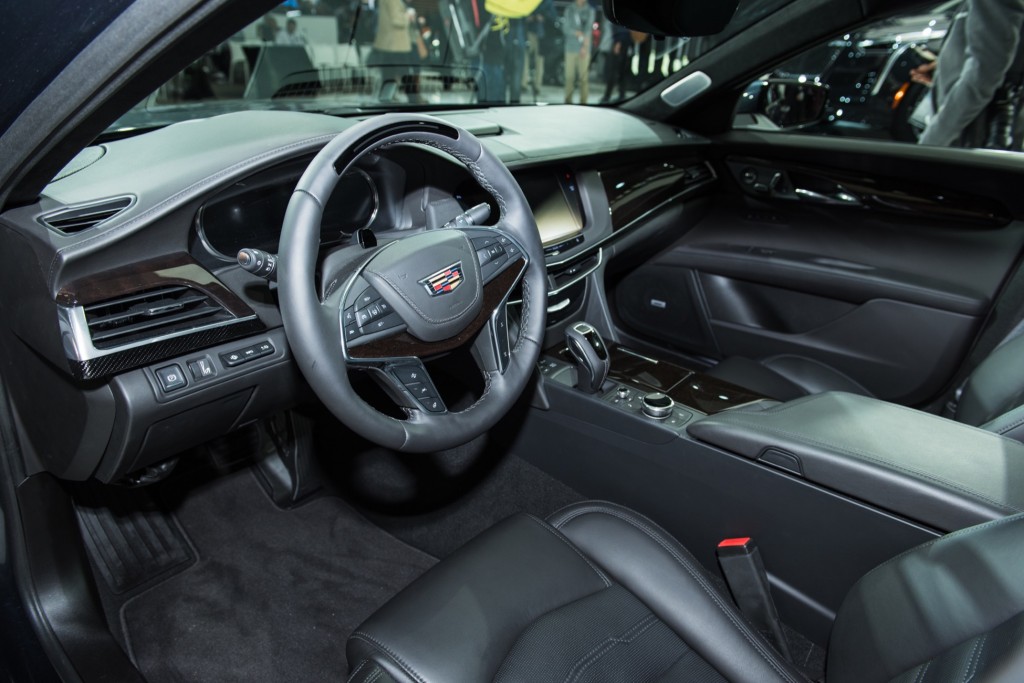 The updated Cadillac CT6 will become available in the fall of 2018 as a 2019 model. The refreshed model features revised styling, a new trim level structure, the new Cadillac twin-turbo 4.2L V8 DOHC engine (LTA) and a new CT6 V-Sport model. Inside, the 2019 CT6 facelift adds several interior enhancements, the most notable of which are tactile controls for the  Cadillac infotainment system and an improved Rear Camera Mirror.

Pricing has not yet been announced, but we expect a starting price for the base 2019 CT6 with the 2.0L Turbo LSY engine to be similar to, if not slightly higher than, the $54,000 base MSRP of the 2018 model.

Findings of the 2019 Cadillac CT6 are as follows: 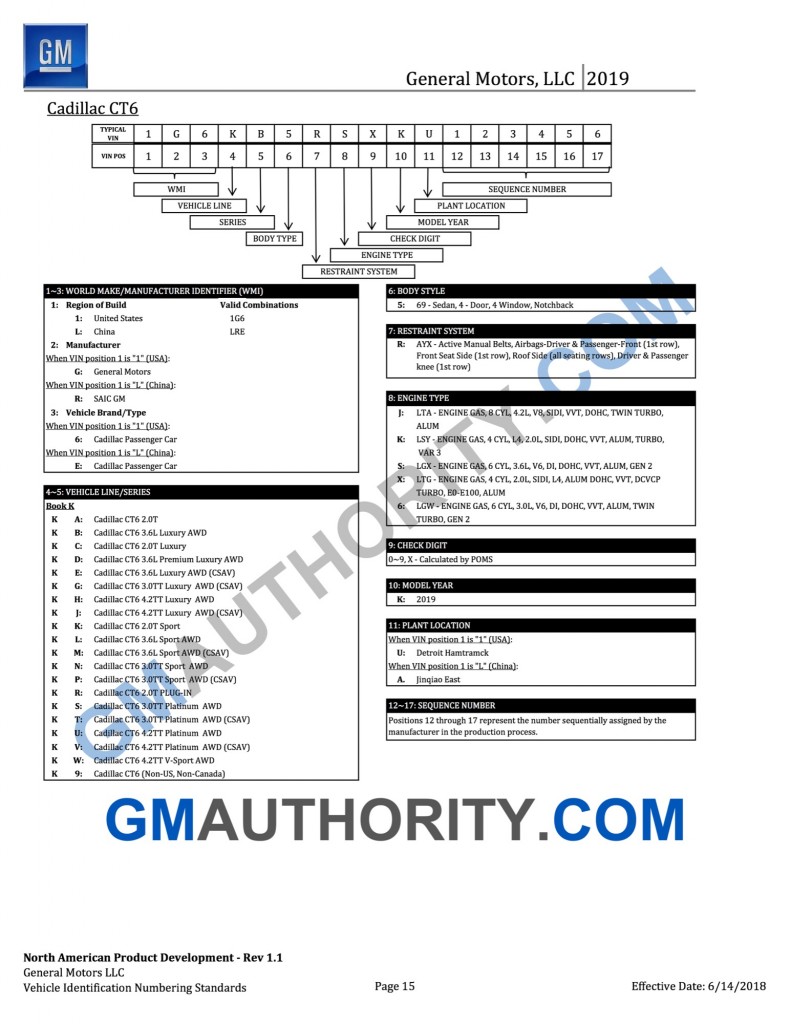