Behold the first-ever photos of the 2019 Cadillac CT6 Sport, which we have never seen before.

Not to be confused with the new CT6 V-Sport, the CT6 Sport is part of Cadillac’s equally-new “Y” trim level strategy that gives distinct personas to Luxury and Sport trim levels. In the case of the 2019 CT6, the Luxury (new base), Premium Luxury and Platinum models get a common set of features and styling attributes defined by bright body accents, while the new Sport model gets a different persona accentuated by more sinister black accents. The V-Sport model builds on the Sport model by giving it even more capable (sporty) powertrain and suspension.

In any event, our colleagues over at Cadillac Society caught up with a completely-uncovered 2019 Cadillac CT6 Sport as the model was doing final pre-production testing, and snapped a whole bunch of pictures.

The model you see here is a CT6 Sport with the 3.0L Twin Turbo V6 engine and all-wheel-drive (model code 6KL69), painted in Cadillac’s non-metallic black color called Raven Black (paint code GBA). The sparkly Stellar Black Metallic (paint code GB8) is not offered on the Sport trim levels of the 2019 CT6, and is instead reserved for the other, less-sporty trims. 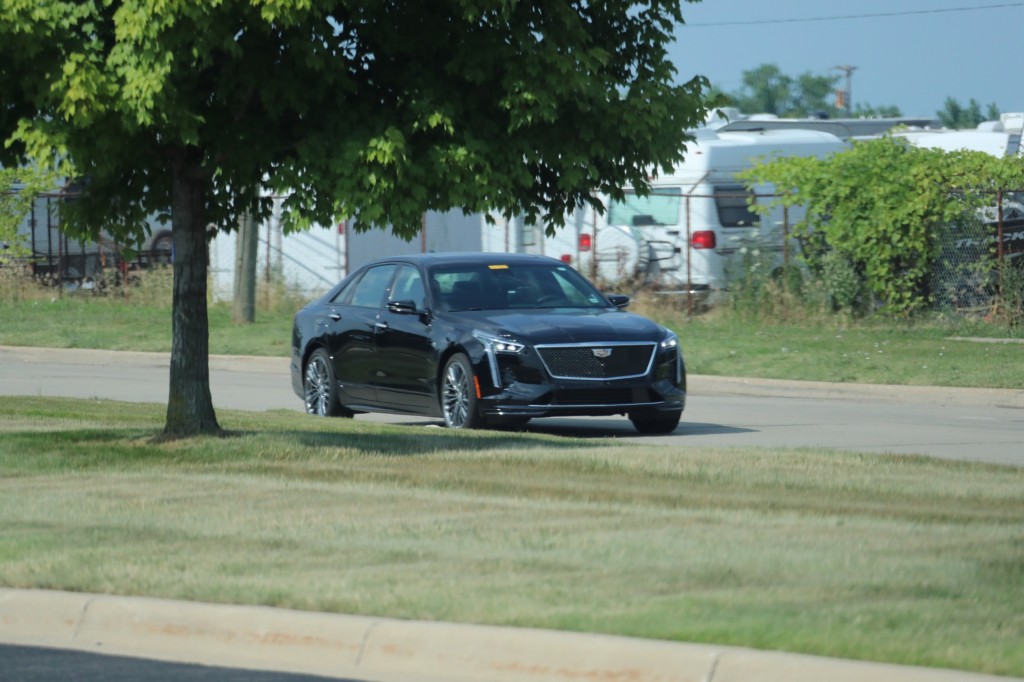 Present and accounted for is Cadillac’s new front fascia (and for good reason). First introduced by the Escala Concept, the face has an incredible presence (not that the pre-facelift CT6 suffered from lack thereof).

The redesigned lights feature Cadillac’s signature vertical light bars alongside the new horizontal element. The full LED headlights can be used for both low beams and high beams.

The grille is a high-gloss black mesh with a bright galvano surround. It is specific to the CT6 Sport trim level. So is the front fascia extension with a body-color front splitter.

Cadillac also gave the 2019 CT6 a new hood to accommodate the new light and grille designs. 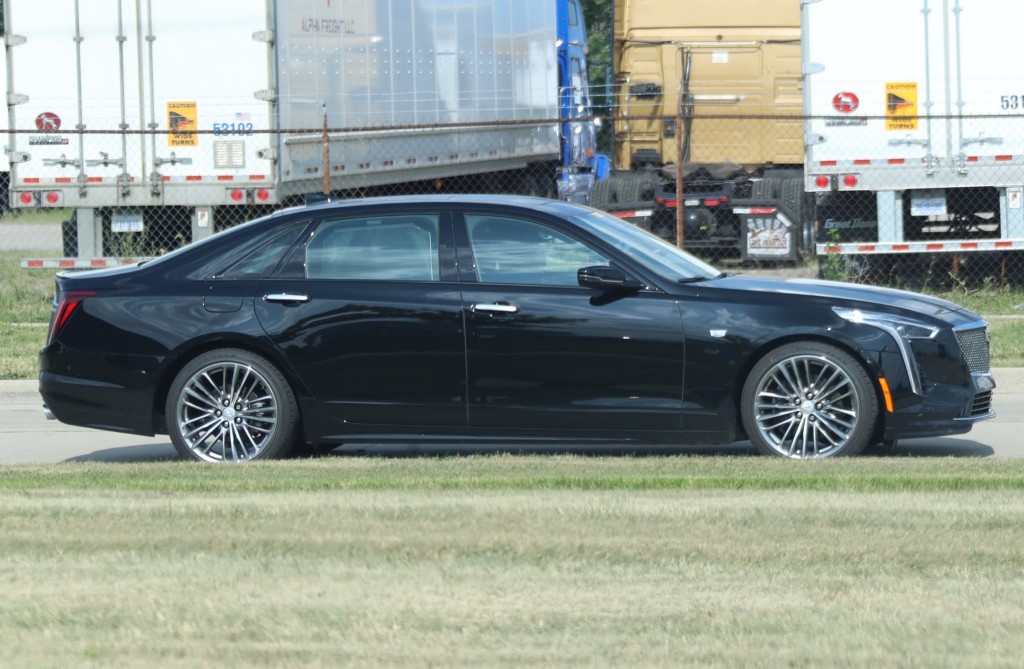 The side profile exhibits more  unique Sport trim level elements, including body color side moldings and black window surround trim. Both pieces are finished in bright chrome on the CT6 Luxury, Premium Luxury, and Platinum models.

This CT6 is riding on 19-inch multi-spoke alloy wheels with an Ultra Bright Machined/Midnight Silver finish, which are specific to the Sport model. CT6 V-Sport models, meanwhile, get 20-inch wheels with a 5-spoke design.

All CT6 Sport models feature the distinctive and oh-so-sexy illuminated door handles that have become a hallmark Cadillac feature. 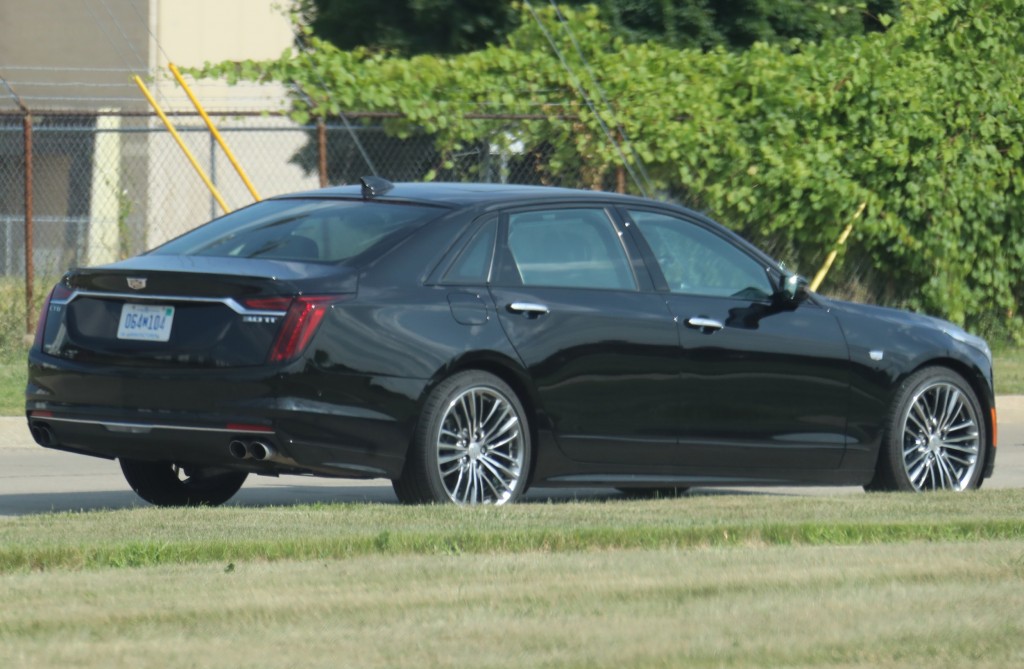 The rear end of the 2019 Cadillac CT6 Sport continues the same theme started by the front, as the all-LED taillights feature the brand’s signature vertical design elements while gaining the new horizontal piece. The redesigned taillights call for an equally-redesigned decklid, which features an integrated spoiler. Also unique to the CT6 Sport is the body-color rear fascia extension.

The quad exhaust outlets, reverse light (mounted at the center of the rear valance), the CHMSL as well as the 3.0TT and AWD badges carry over untouched… not that they were begging for an update.

The 2019 CT6 Sport seen here is equipped with the 3.0L Twin-Turbo V6 LGW engine with auto stop-start mated to the GM 10-speed automatic transmission (MHS). The combo is rated at 404 horsepower and 400 pound-feet of torque.

Notably, the 2019 Cadillac CT6 Sport trim will also be available with the new 2.0L Turbo I4 LSY engine with RWD as well as the naturally-breathing 3.6L V6 LGX engine with AWD, both mated to the same 10-speed gearbox. The model with the new Cadillac 4.2L Twin-Turbo V8 LTA engine will be branded CT6 V-Sport. 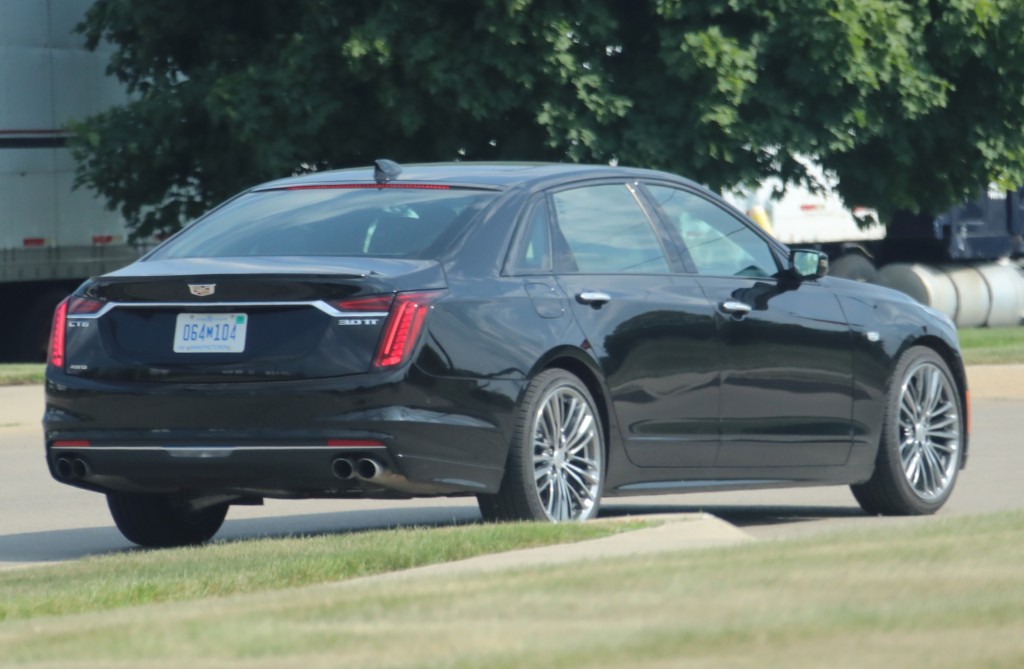 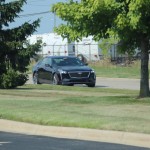 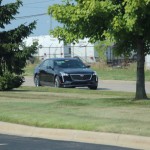 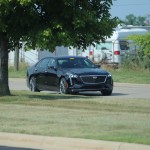 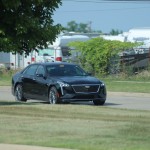 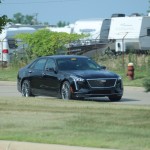 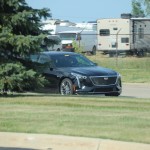 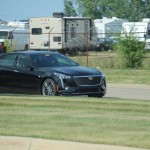 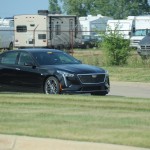 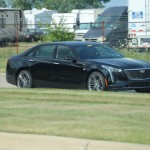 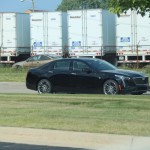 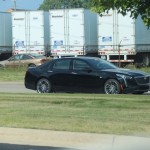 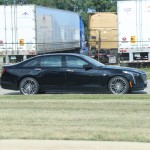 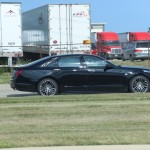 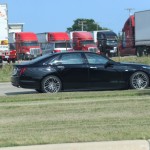 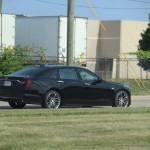 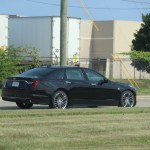 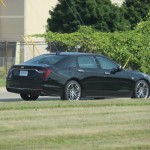 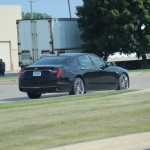 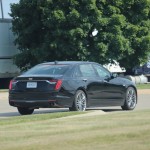 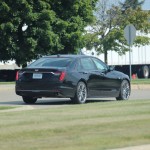 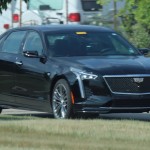 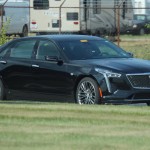 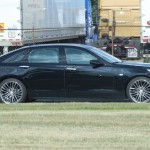 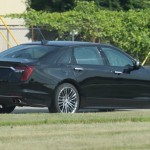 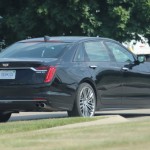