Earlier this week, we brought you the first photos of the 2019 Blazer in the wild, providing the first look at the upcoming midsize Chevrolet crossover outside a studio. Those photos were of the range-topping Blazer Premier trim level, and the pictures today are of the never-seen-before 2019 Blazer LT, which sits mid-pack in the Blazer lineup. 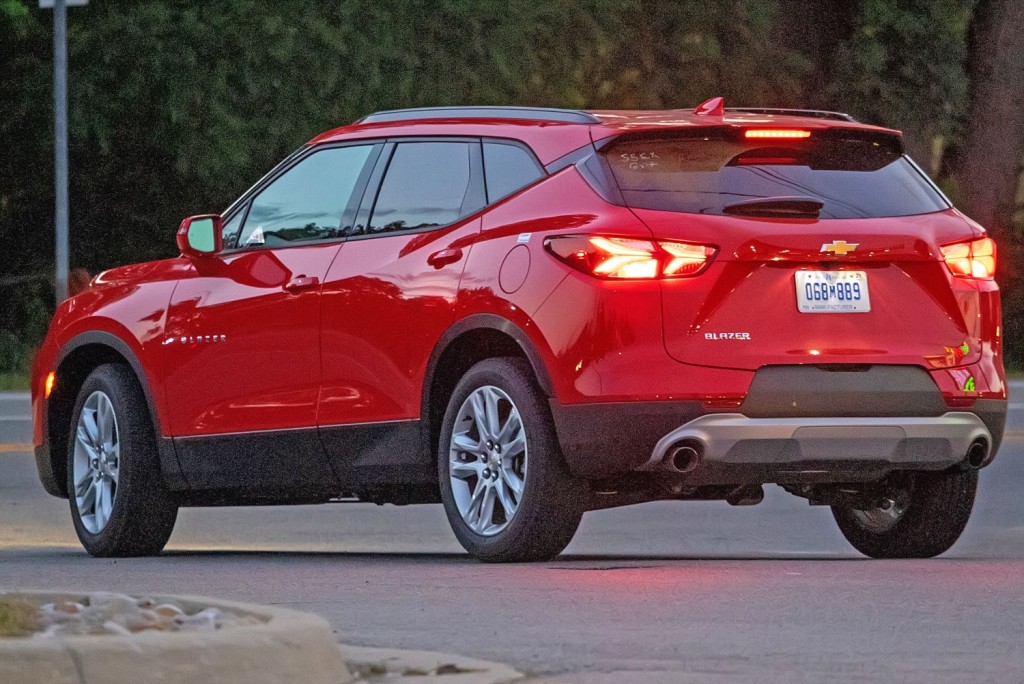 This particular model is coated in a bright red hue, which – if we follow Chevy’s color nomenclature – will likely be called Red Hot. However, this is not the bright red Blazer RS that Chevy brought to the reveal event a few weeks ago. That model features black 21-inch wheels, a gloss black grille with a honey-comb pattern, integrated dual exhaust outlets, along with black lettering and Bowtie badging. 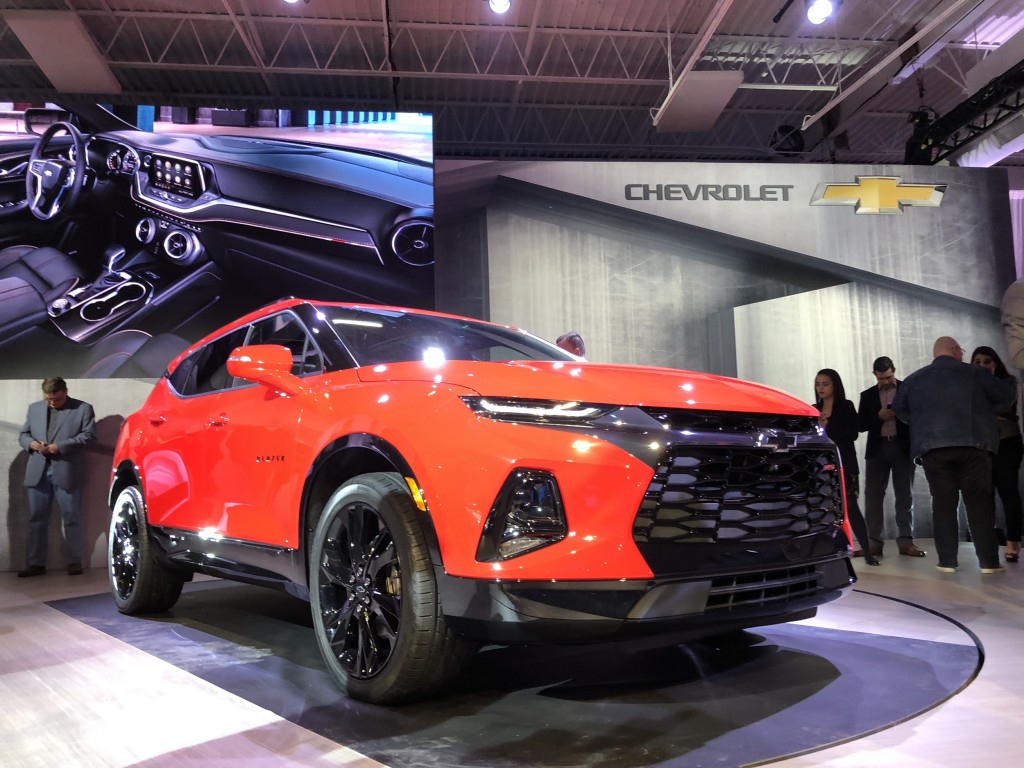 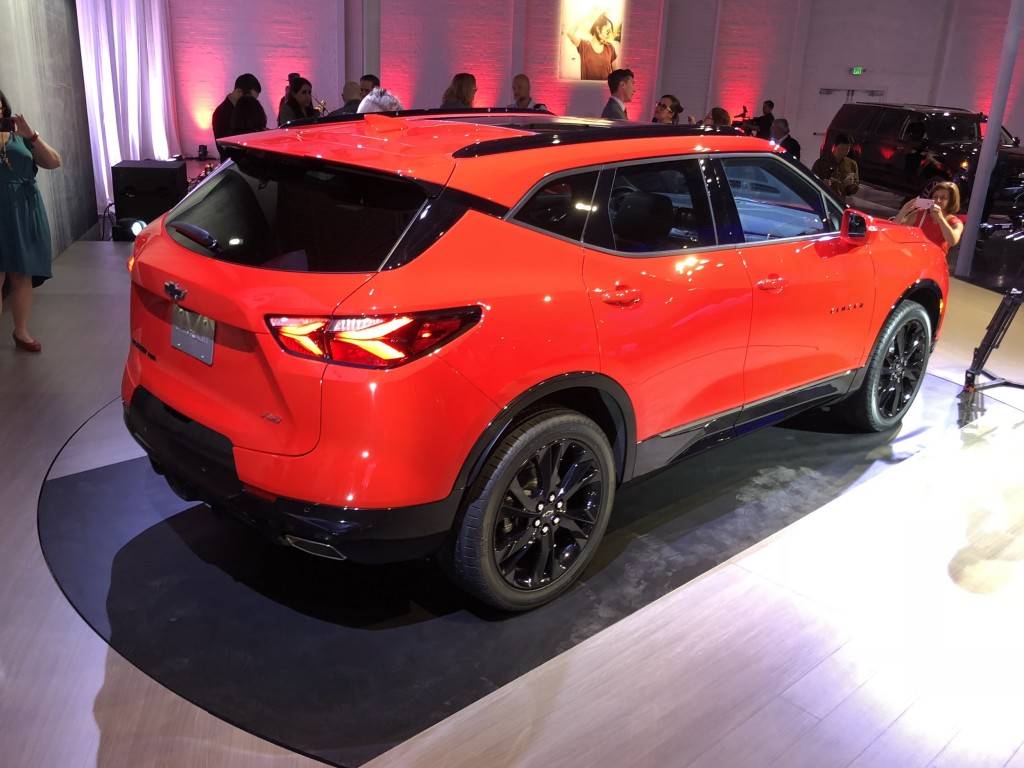 By comparison, the 2019 Blazer LT seen here is wearing silver-painted wheels, a black grille with a more traditional pattern, two non-integrated dual exhaust outlets, traditional gold Chevy bowtie emblems, and silver letter badging. What’s more, the appliqué just below the tailgate is finished in a grey-black plastic, rather than being body-color on the Blazer Premier or a gloss black on the Blazer RS. 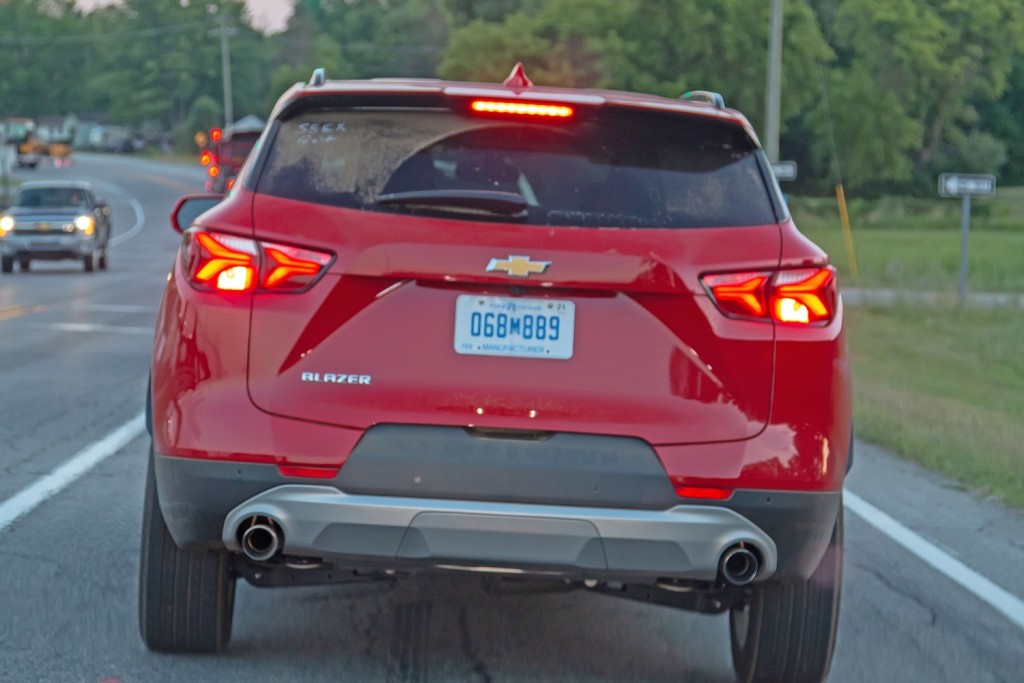 This marks the second time we’ve seen the 2019 Blazer in real-world photos. The more we see Chevy’s new midsize crossover, the more we like it. It’s easy for a range-topping model (like the 2019 Blazer Premier) to look good, but this mid-range Blazer LT looks pretty good as well.

As we opined previously, the new Blazer has gobs of road presence that enables it to stand out in a sea of rather bland crossover designs, and we have yet to see a single angle of the new midsizer that we dislike, with these pictures driving that point home even further.