Prototypes aren’t production ready for a reason: they have quirks, issues and qualms that engineers sort out ahead of full-scale production. The mid-engine C8 Corvette isn’t safe from such issues.

Photos of a mid-engine C8 Corvette prototype surfaced on Corvette Forum on Monday, which show the car completely covered up at a gas station. But, as readers scroll through the thread, it’s clear something went wrong with the car. Engineers and a support team showed up soon enough and kept the C8 Corvette covered as much as possible while, we assume, attempting to diagnose the issue at hand.

Strangely enough, the group pops the front hood compartment, which leads us to believe this could just be a dead battery. If so, the battery may be housed up front, or at a minimum, jumper leads reside there. The support crew appeared to try and jump the C8 Corvette at one point as well. 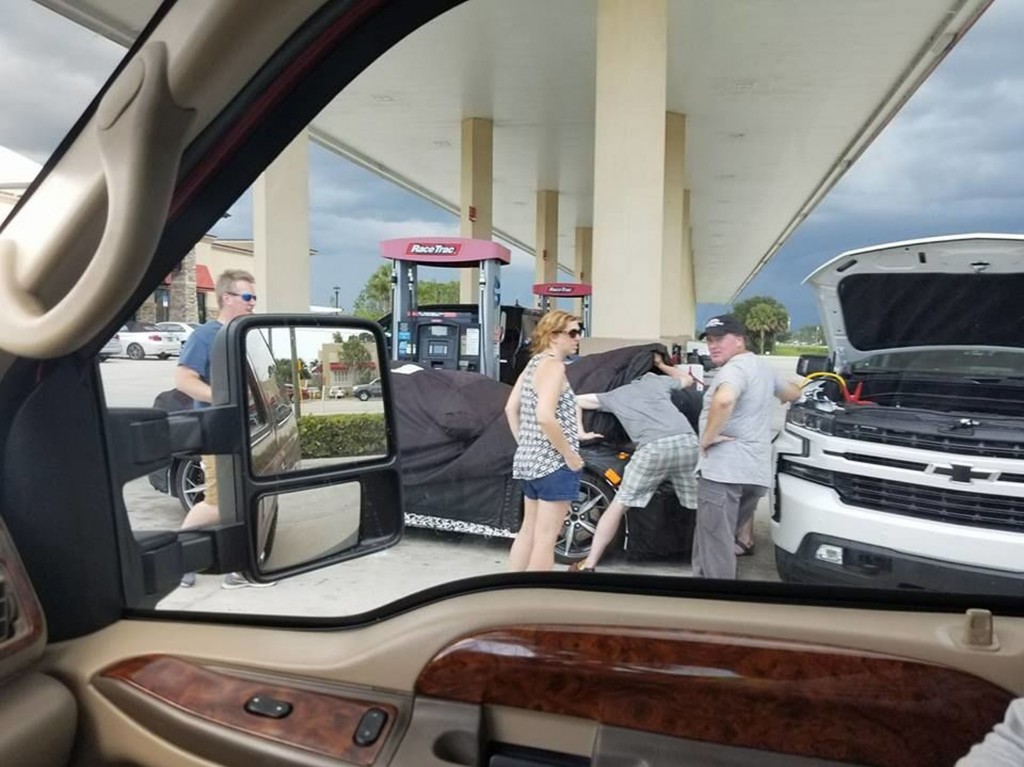 Ultimately, things didn’t work out and a tow truck was called, as the photos depict. Again, another interesting bit: the mid-engine Corvette receives a rear tow with the front wheels rolling on the ground. We can assume this particular Corvette variant is rear-wheel drive. The latest rumor suggests an electrified C8 Corvette hybrid model will eventually join the ranks with an all-wheel-drive system and around 1,000 horsepower.