Arguably the single biggest topic on the minds of Chevy Colorado fans and enthusiasts involves the long-awaited Colorado refresh, otherwise known as an update, facelift, or mid-cycle enhancement (MCE). As luck would have it, the most recent spy shots of the rumored Colorado ZR2 Bison seem to provide some clues about the highly-anticipated update.

The biggest clue that the snorkel-wielding ZR2 Bison prototype is, in fact, hiding the upcoming Colorado refresh involves the vast amounts of camouflage on the front end. The logic here is quite simple: had the ZR2 Bison been a simple suspension upgrade and snorkel package for the Colorado, it probably would not be wearing so much camo.

Looking closely at the camouflage of the prototype seems to reveal a front grille treatment similar to that introduced on the Colorado ZR2 AEV concept, which features “CHEVROLET” written out across the front grille. In addition, the camouflaged prototype seems to feature a revised headlight design along with a front bumper treatment similar to that on the ZR2 AEV concept. Notably, the new front bumper seems to reach slightly lower than on the current Colorado ZR2, while not sacrificing the model’s very capable approach angle. 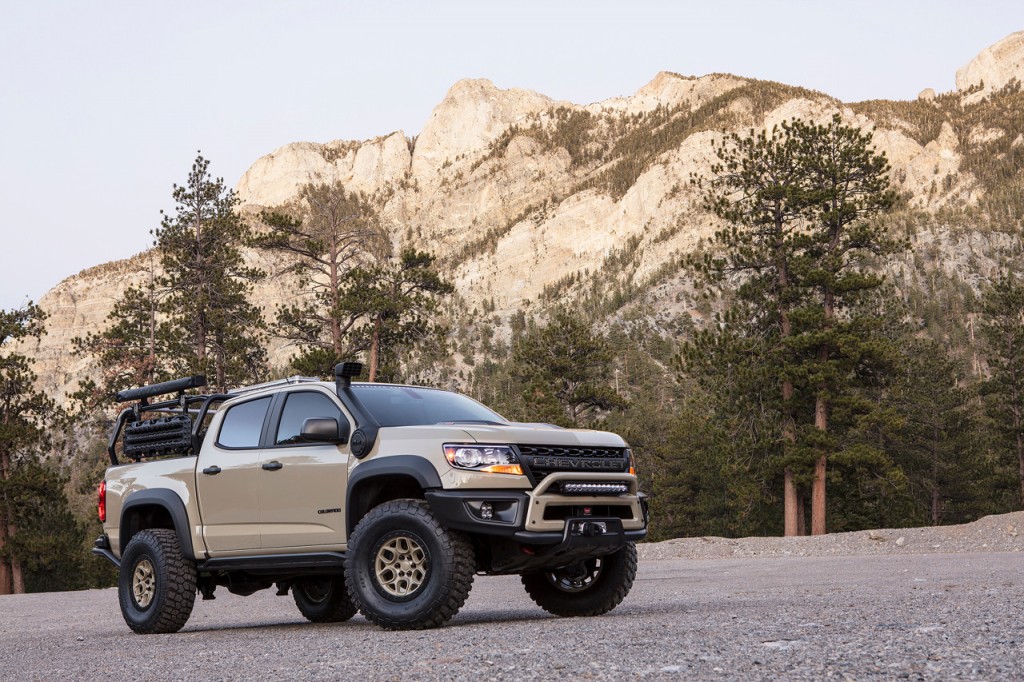 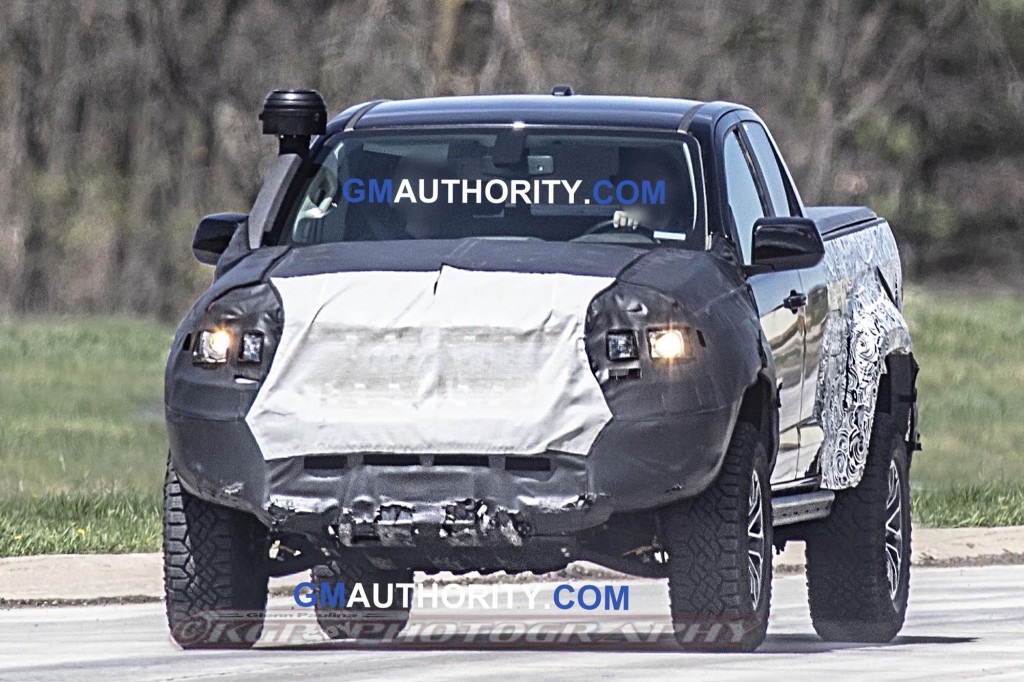 There’s also a significant amount of camouflage covering up the rear end, including the box and the rear bumper, making us believe that what we’re looking at is the Colorado refresh, which will also launch the Colorado ZR2 Bison variant. 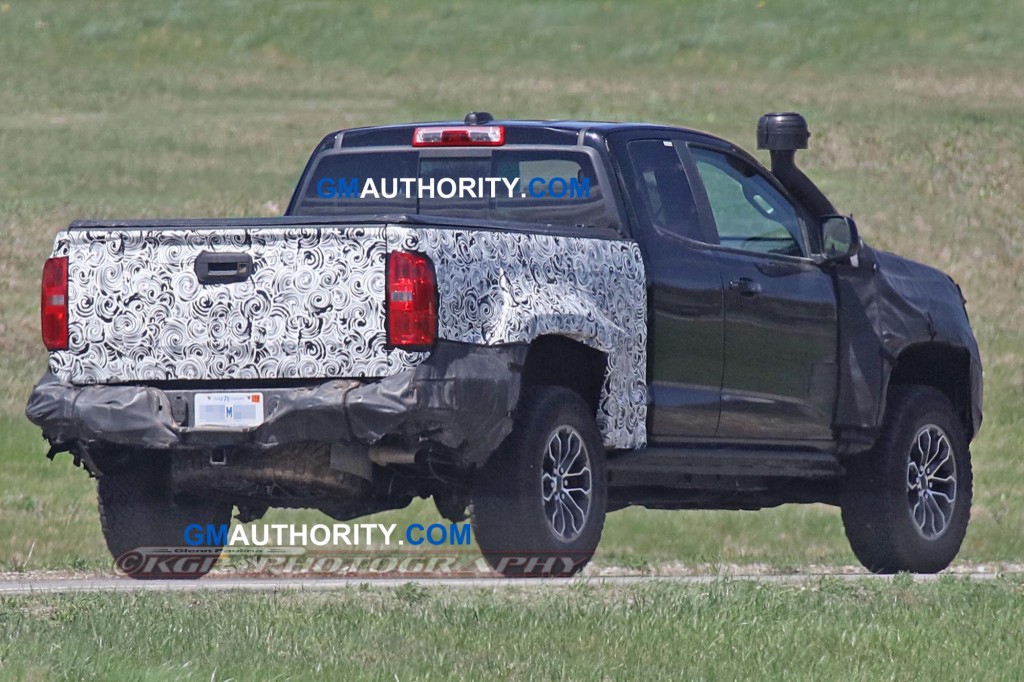 The Colorado refresh has been on the minds of many Colorado owners and those generally interested in Chevy’s midsize truck. A significant amount of interest surrounds whether the facelift, which will likely launch for the 2020 model year, will address various points of contention with the current truck, such as the lack of a sunroof, push-button start, or a range-topping LTZ/High Country trim.

Discuss the 2020 Colorado refresh and Colorado ZR2 Bison in our Chevrolet forum.