There’s a vastness of nothing between Boise, Idaho and Portland, Oregon. Hills, grassland, and empty mountains fill that void, and only scattered farm lands remind us that we’re not alone. Even as people envision Oregon as being this lush, Pacific Northwest enclave of far-left liberalism and hiking trails, one must trek through the steppe climate of the Blue Mountains region first, when coming from the east, just as emigrants of the Oregon Trail did.

Mike and I veered off the route to check out some of the original trails that were set in place by years and years of ox cart traffic. Looking around, all we could see was shrubland. At that moment, it was easy to understand how so many people died on the journey. Everybody was left to their own devices, and mother nature didn’t treat everybody’s anarchistical pilgrimage equally. As she never does. 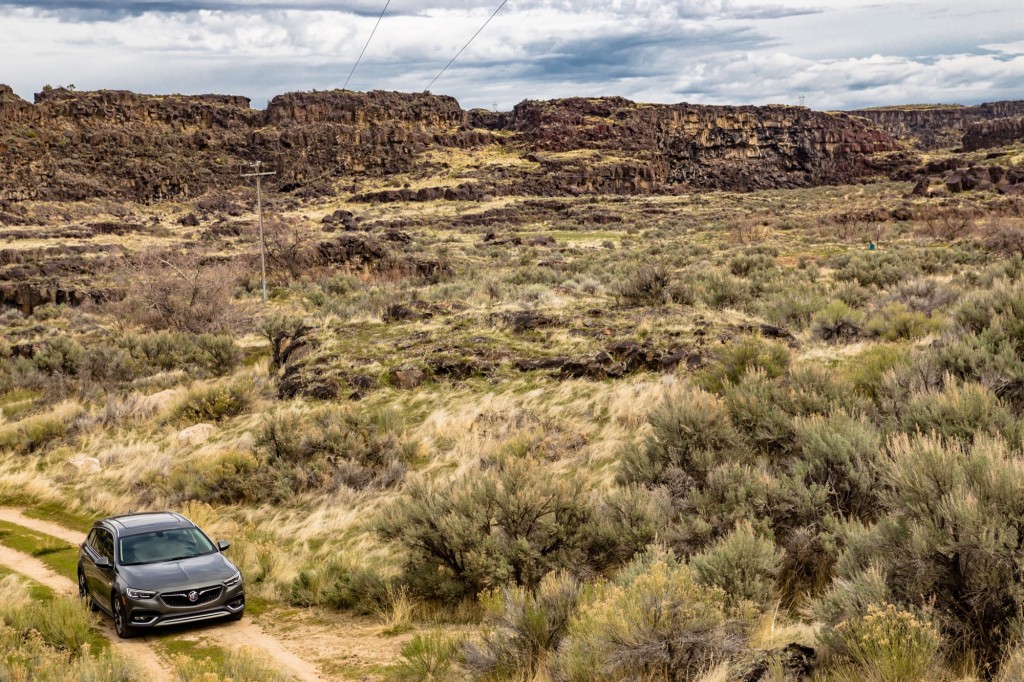 After enough shots of the TourX kicking up dust on a b-road literally in the middle of nowhere, we headed further west, eventually revealing the Oregon we all see in movies, television, and Instagram. A lush, verdant and absolutely picturesque corner of the world. And the rain. Don’t forget the damn rain. But even in the cool, wet weather, the Buick Regal TourX didn’t break from its well-mannered character, thanks to a favorable balance to the ride and all-wheel-drive.

Another pleasant curveball of the 2018 Buick Regal TourX was how strong the 4G LTE WiFi signal stayed during the entire road trip. Despite being in the middle of nowhere, and even a complete lack of Verizon cellular coverage, the wifi managed to stream our internet radio apps with nearly zero drop offs over the course of 1,300 miles across the open west. If it’s good enough to do that, chances are it’s good enough to have a signal in whatever pocket of a city or suburbia one calls home.

Our last challenge was our most demanding yet: a kayak race down the Willamette River. Which, if you’ve picked up on the theme of fortune here, was another frustrating second-place. After about a half-hour or so of practice in the 60-degree rain, the kayak instructors gave everybody a false start to the race. And after a quarter mile of anaerobic intensity, we were told that it was “just a warm up,” and not everybody went for it on that first go. Man. 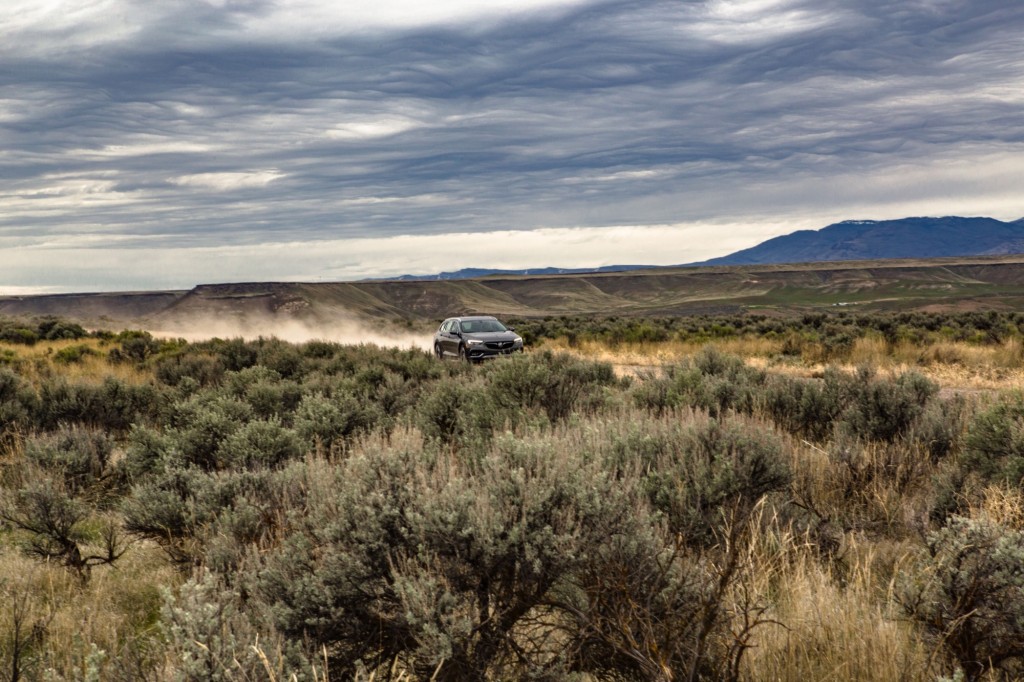 Hoping we had enough left in the tank to go for it, Mike and I lined up with the rest of the pack, which was quickly dispersing just based on the current of the river. The winning lifestyle couple had the advantage of starting where the current was the strongest, while we were stuck whacking our paddles with other teams off the line. Eventually, we reeled ourselves in to a second place finish, and after basically racing twice. You’re probably sick of reading about our excuses, so we’ll leave it there.

Handing the keys of the 2018 Buick Regal TourX felt like finishing a TopGear special. 1,300 miles in three days with the same car. It’s true that bonds between human and machine can manifest themselves over time, and adventures like this are how it happens. There are few vehicles sold in America that can offer so much roadtrip spirit in the form of a modern station wagon. Sure, those grand touring cars are great (if you don’t have a lot of luggage), and those vans and SUVs serve an equal purpose (if you care less about fuel economy and handling). The Regal TourX is all of that rolled into one, and as a result, is exceptionally lovable. The Regal TourX also serves as another proof point that a once boring brand is boring no longer.