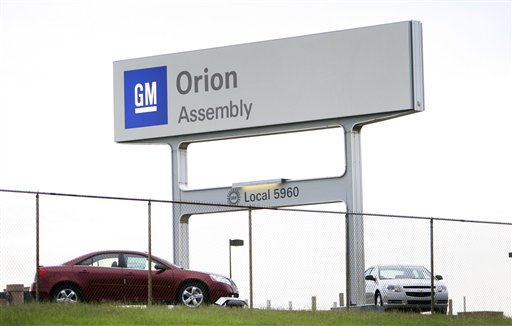 The United Auto Workers union at General Motors’ Orion plant will soldier on, but the workforce has deals with difficult decisions along the way.

To keep the plant competitive and cut costs, GM and the union have agreed to a new “Autonomous Vehicle Memorandum of Understanding,” which allows GM to employ lower-wage workers and reduce benefits for some positions at the Orion plant. Automotive News reported Sunday that the template could be used for other car plants in the U.S.

The agreement allows GM to bring in “outsourced” workers part of GM Subsystems Manufacturing. The employees are UAW members, but they receive lower pay and benefits, as mentioned. Cindy Estrada, a UAW vice president, said the situation “sucks,” but it keeps GM from shutting down a plant like Orion altogether.

“What would suck even more would be to have GM shut down any of our plants,” she said.

The report said some Subsystems employees have replaced other workers, who were moved to different positions at the plant. Although workers were replaced in certain areas, the agreement led to zero layoffs at Orion.

Such an agreement could come to another embattled GM plant: Lordstown, Ohio. However, UAW spokesman Brian Rothenberg told AN that any similar proposal for Lordstown is off the table.

The union “is totally opposed to any proposal like this at Lordstown while people are on layoff.” GM will reduce the plant, which builds the Chevrolet Cruze,  to a single shift later this year.

Orion is strictly a small-car plant and currently builds the 2018 Chevrolet Bolt EV alongside the 2018 Chevrolet Sonic. The plant has also begun production of the Cruise AV, GM’s self-driving car prototype. In the future, Orion could see big changes with the automaker’s onslaught of electric cars coming.