Depreciation can either be a blessing or a curse, depending on which side of the deal you’re on. It can be a curse for those who purchase new vehicles the second they drive off the dealership lot. But it can also be a blessing for the secondhand market, as potential C6 Corvette ZR1 buyers are starting to realize.

When the sixth-generation Corvette ZR1 surfaced, it came with a 6.2-liter supercharged LS9 V8 with 638 horsepower and 604 pound-feet of twist, mated strictly to a six-speed manual. The result was a factory-claimed 0-60 time of just 3.3 seconds for this 3,322-lb beast, and a 205-mph top speed.

Altogether, when the C6 ZR1 was new, it was an incredible amount of car then, and still is an incredible amount of car today. And because of depreciation, partly thanks to the launch of the 755 hp C7 ZR1, the previous generation ZR1 Corvettes are becoming even more of a performance bargain, as recently indicated by a this recent eBay ad. However, there’s a twist here.

Prospective C6 ZR1 owners can celebrate the fact that prices hit a new low, specifically dropping below the $50,000. And you thought that $39,900 Camaro Z/28 was as good as it gets.

The ZR1 listed is a 2009 model year, in Cyber Gray, and which would have fetched around $120,000 when brand new. The odometer is apparently in the neighborhood of 55,475 miles, considerably less than 7,500 miles per year. But what’s probably decreasing its value is the fact that it’s been modified to produce over a claimed 750 horsepower. Receipts are claimed to be available for all of the upgrades. That much power nearly matches the new 2019 Corvette ZR1, but in the body of a C6, and for a price even lower than a base C7 Stingray. 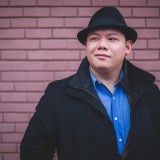