General Motors will take the 2019 Chevrolet Silverado into new territory with the introduction of a new 2.7-liter turbocharged four-cylinder engine.

Chevrolet announced the new powerplant alongside the rest of the 2019 Silverado’s engine availability on Friday but also provided additional technical details on the engine. So, let’s dive into some of them.

The basics: 310 horsepower and 348 pound-feet of torque, with peak torque arriving from 1,500 rpm to 4,000 rpm. Chevy said the engine will help the 2019 Silverado sprint from 0-60 mph in under seven seconds and the mill weighs 380 pounds less than the 4.3-liter V6 engine it replaces. The V6 engine will stick around, but only in lower-spec models. Both the block and head are made from aluminum to reduce mass.

According to the brand, the 2.7-liter turbo-four engine features an “innovative double overhead cam” valvetrain that enables active fuel management (a first for a four-cylinder engine at GM), high- and low-lift valve profiles and continuously variable valve timing. 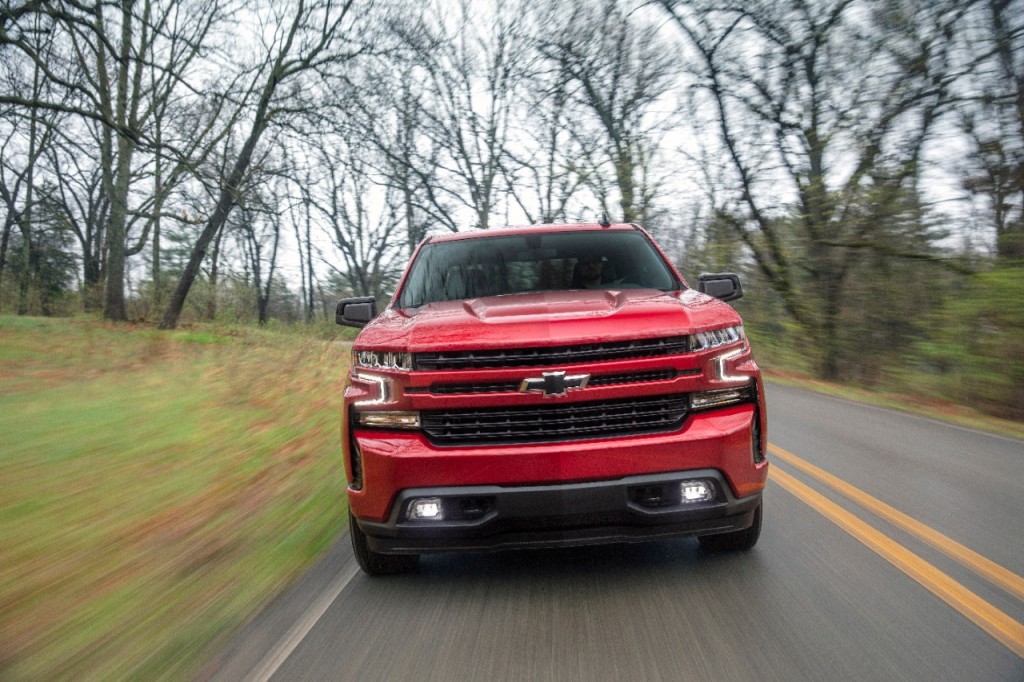 Other highlights of the new engine include:

Chevrolet said the engine was built from the ground up as a truck engine, first and foremost. That meant loads of torque available from down low in the powerband. To achieve this, engineers implemented a long piston stroke of 4.01 inches for better combustion and a higher compression ratio.

To ensure things run smoothly with high cylinder pressures that come with turbocharging, the crankshaft and connecting rods are made of forged steel and the pistons are made of a tough aluminum alloy with a cast iron ring groove insert. Engineers also subjected the engine to the same set of rigorous tests that V8 engines endure.

The engine will enter production at GM’s Spring Hill, Tennessee, facility this fall and launch in the fourth quarter of this year. EPA fuel economy estimates, payload and towing ratings will all come closer to the engine’s launch.