When GMC unveiled the all-new 2019 Sierra 1500, it showed off the truck in the high-end SLT and Sierra Denali trim levels. Shortly after, the brand unveiled the all-new truck in the new off-road-focused Sierra AT4 configuration. That left us with two lower-end trims – Base and SLE – for which we don’t have photos. In March, however, we brought you photos of the 2019 Sierra SLE undergoing testing completely uncovered, leaving only the base model as the one that we don’t have photos for – until today.

Our spy shooter just managed to catch up with a completely uncovered base model 2019 Sierra 1500 as the truck did its round of testing on public Michigan roads – finally giving us our first look at the base 2019 Sierra. 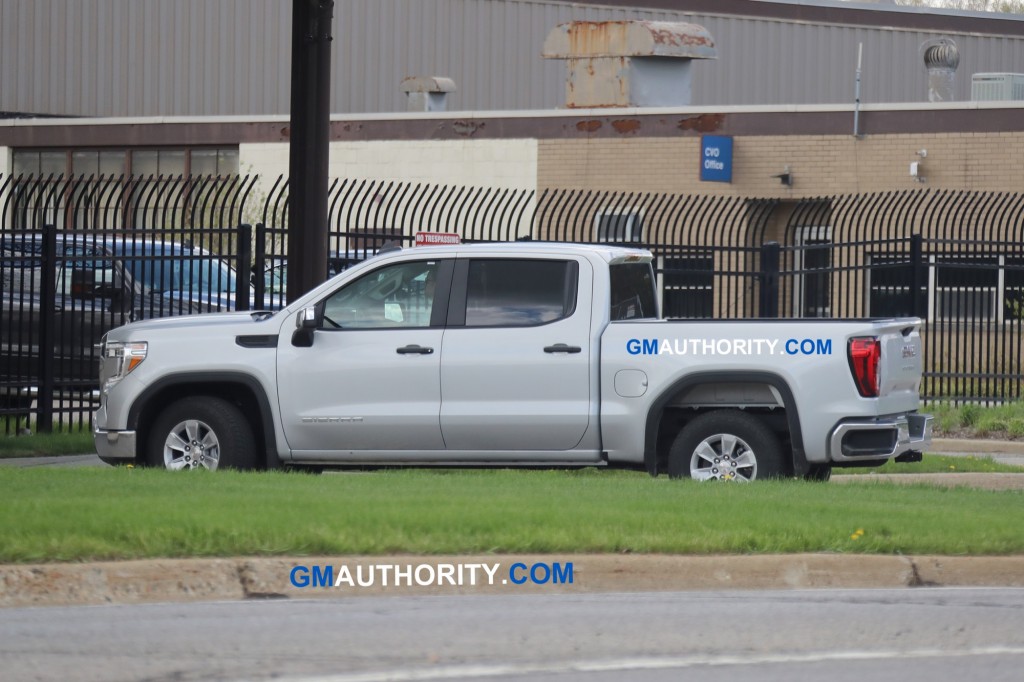 Compared to the high-end Sierra SLT and Denali, the exterior of the base-model 2019 Sierra wears several cost-saving elements, including:

The last item is perhaps the most interesting: while all other variants of the 2019 Sierra that we’ve seen thus far have featured a V8 engine designation with the associated displacement, including 5.3L V8 or 6.2L V8, this model features no engine designation whatsoever – making us wonder what’s lurking under its hood. So far, GMC has only announced three engines – the aforementioned 5.3L V8 L84  and 6.2L V8 L87 gasoline mills, as well as the 3.0L I6 Duramax Diesel engine for the 2019 Sierra, conspicuously leaving out any lower-end engine(s). 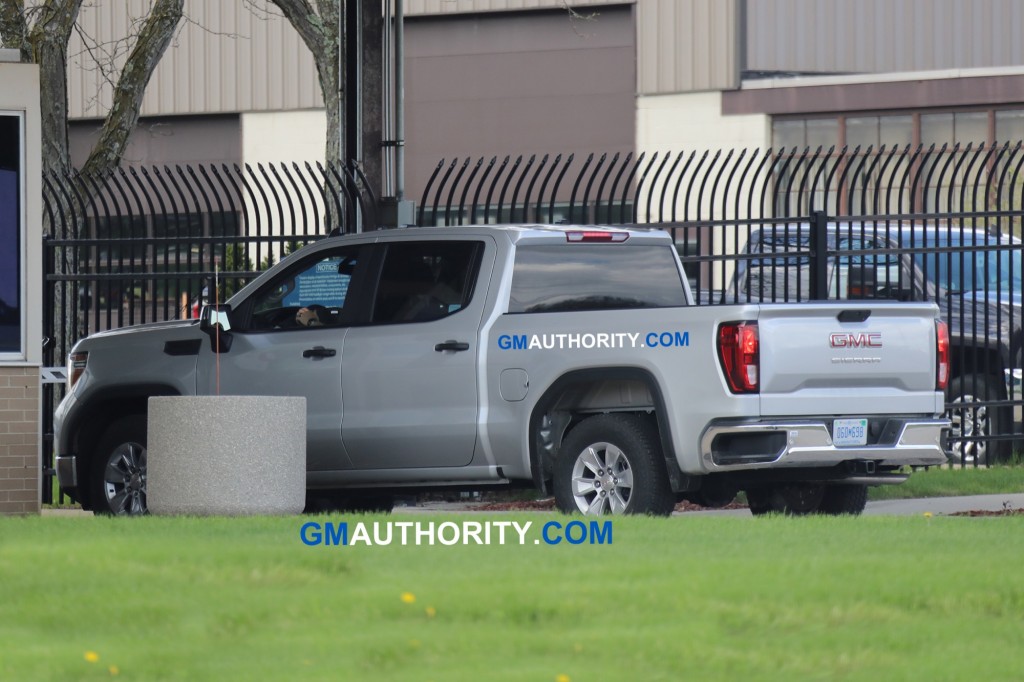 We expect to have complete details on the 2019 Sierra 1500, including the equipment, features and powertrain of the lower-end models – which are currently missing from the 2019 GMC Sierra order guide, at some point in the new future – as the truck is set to launch this fall. 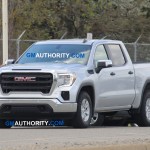 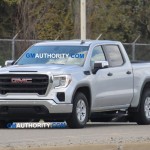 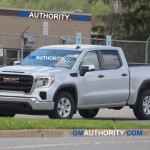 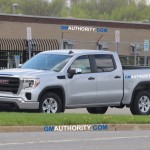 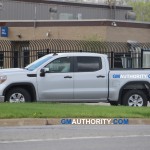 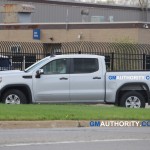 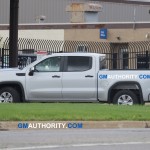 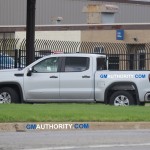 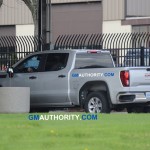 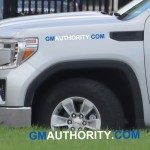 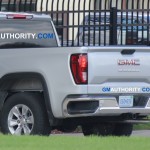