Just recently, GM Authority was first to notice that prototypes of the upcoming mid-engine Corvette are wearing wide rear rubber. And now, thanks to our most recent spy shots of the prototype model, we know exactly what size tires the future Corvette model will wear, uncovering yet another puzzle piece behind the highly-anticipated supercar.

Those tire sizes are:

To note, likening the mid-engine Vette’s tires to those of the C7 doesn’t make for an apples-to-apples comparison, since the mid-engine model will have very different dynamics, balance, and weight/load requirements than the front-engined C7 Corvettes. Even so, the metrics should provide more info on what those dynamic requirements should be. 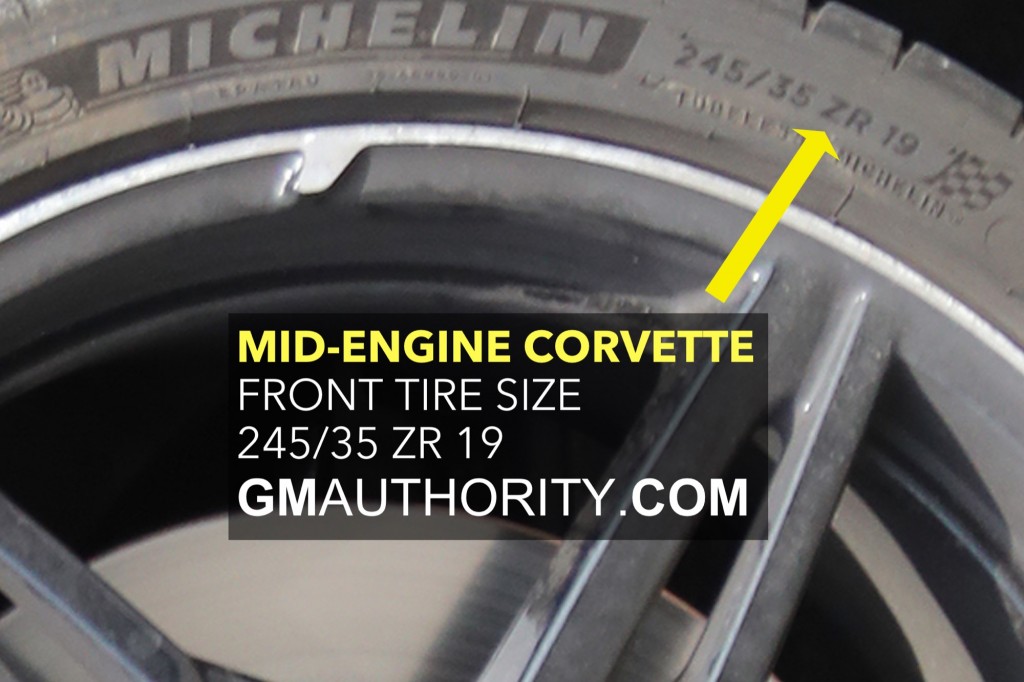 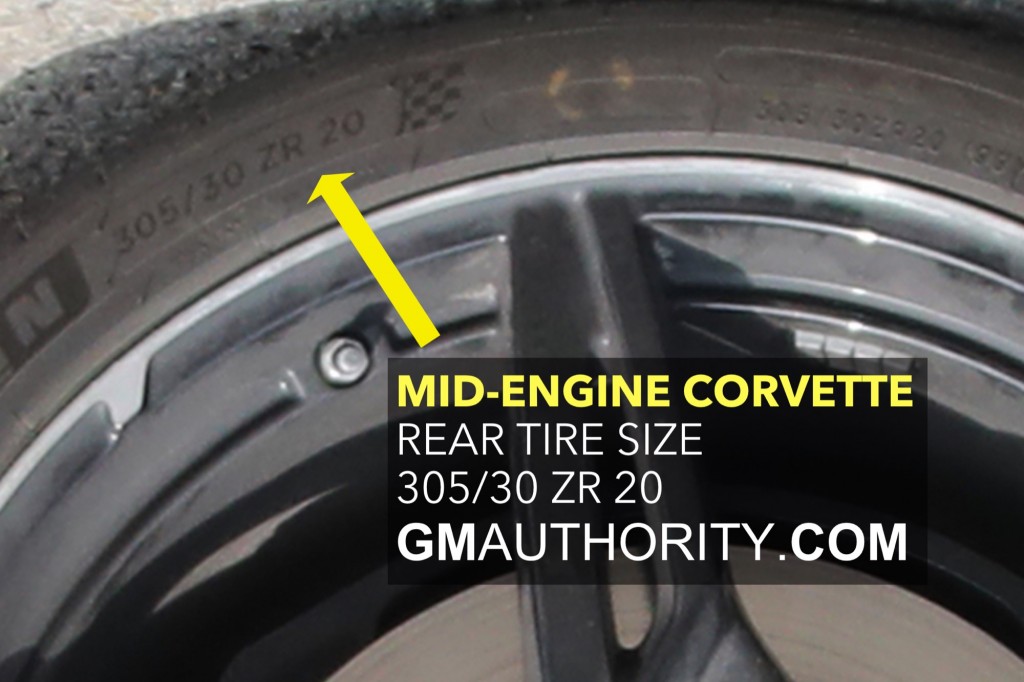 Perhaps more importantly, the sizes confirm that the mid-engine Corvette will have a staggered wheel/tire setup, with the front wheels being an inch smaller than the rears in diameter, and the rear tires being thicker than the fronts.

Another notable observation surrounds the type of tire the mid-engine Corvette is wearing. The prototype is clearly riding on Michelin Pilot Sport 4S, Michelin’s Max Performance Summer tires that were developed in cooperation with various automotive manufacturers, including GM and various German makes.

The Michel Pilot Sport 4S was designed for serious drivers looking for maximum performance potential of their sports cars. The tires excel in warm dry and wet conditions, and like all Maximum Performance Summer tires, are not intended to be serviced, stored nor driven in near- and below-freezing temperatures, through snow or on ice.

According to Michelin, the tires utilize key technologies engineered during competition in the famed 24 Hours of Le Mans race, which Corvette Racing has participated in. 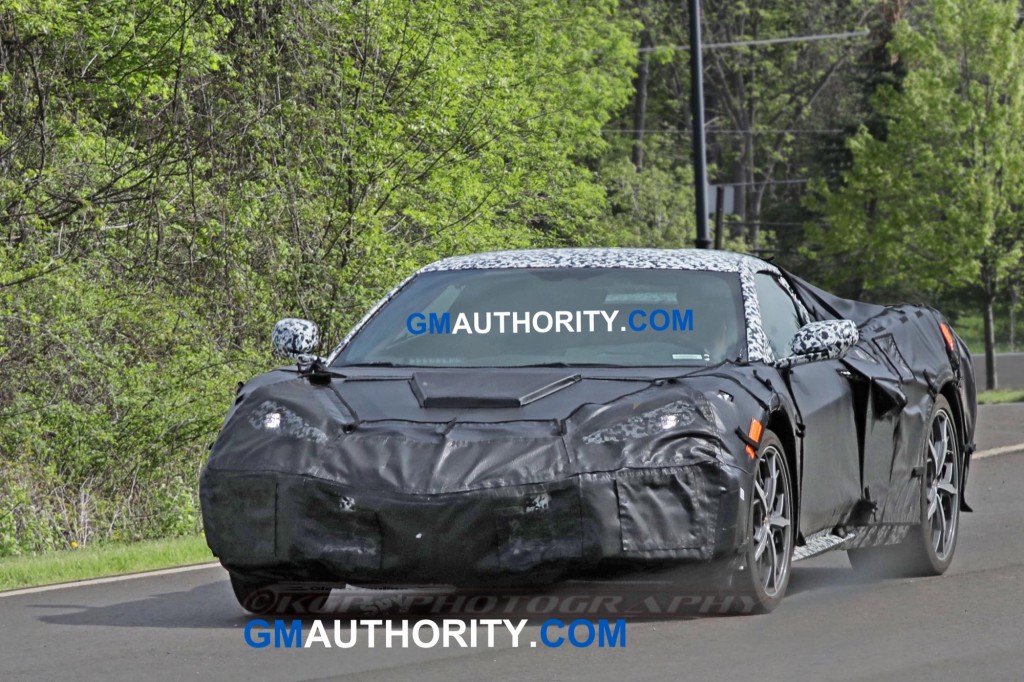 Before you start furiously typing in the comments section about how we shouldn’t jump to any conclusions about tire sizes of a prototype model, we must say the following: oh yes, we should – in this case. Here’s why.

This particular mid-engine Corvette prototype is far enough along in the development process to have details like tire size, type, and supplier locked in – and the road tests being conducted here are testing, among a myriad of other things, the car’s ride and handling with the go-to-market tires. So barring any drastic changes (such as a major flaw associated with the Super Sport 4Ses of some sort), the probability is extremely high that what we see here will end up being at least one of the tire sizes for the production model.

Discuss the next-gen Corvette in our Chevrolet forums.