With every day, we’re getting closer and closer to the launch of the mid-engine Corvette. Granted, that day is still quite in the future, but sighting of C8 prototypes testing in California and Colorado has become significantly more common than in the past.

And now, new details are starting to come into focus though the camo, as these mid-engine Corvette spy photos provide a better look at the Corvette’s lighting elements, including the arrangement of the headlights as well as the rear-end treatment. 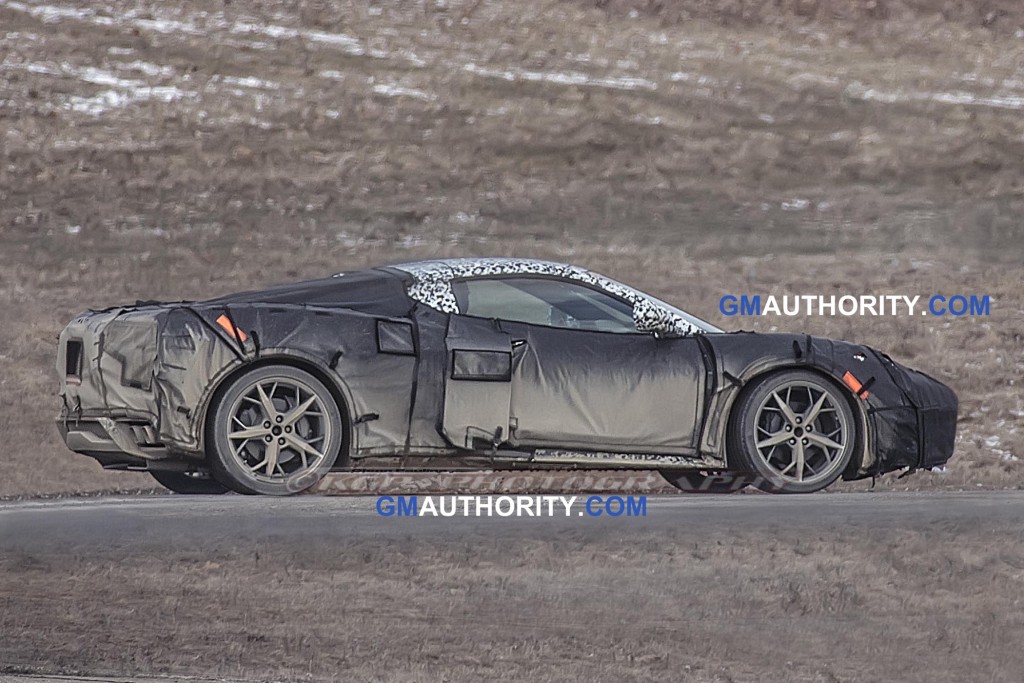 We don’t yet see the final design of the headlights, as they are still undergoing development, but we do get a good look at how the final arrangement will be configured, and likely its final shape, as well. 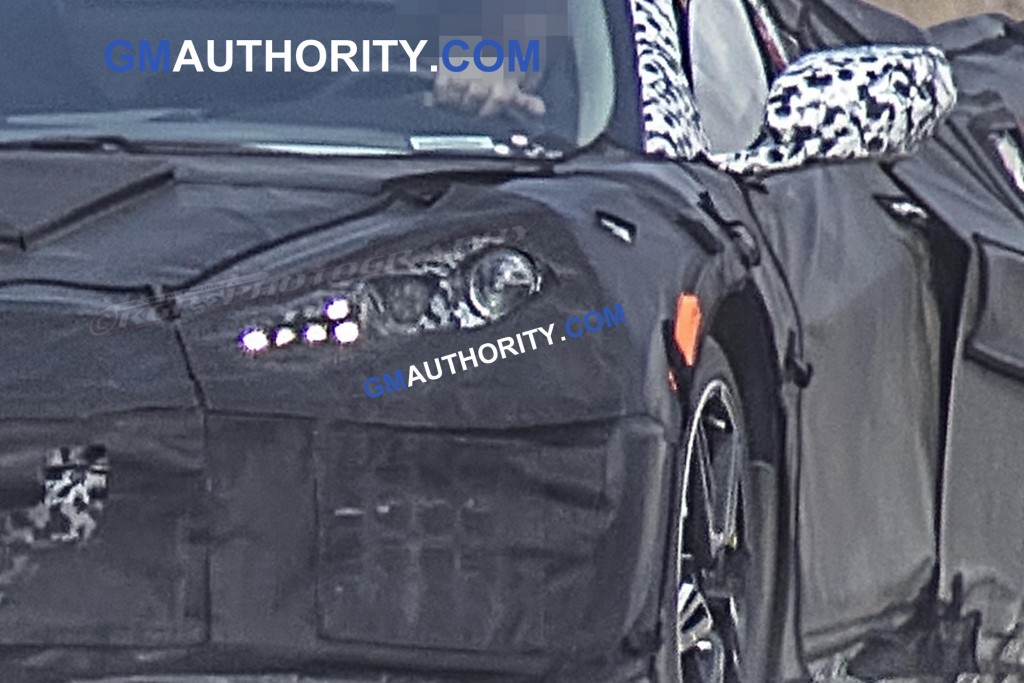 At the rear, this Corvette C8 prototype is wearing new sculpting details around the rear valance, especially the diffuser and exhaust.

Dual exhaust outlets huge the valance on both sides, resulting in a quad exhaust setup. Notably, the tips have a square shape, which is in contrast to the current Corvette C7 family’s round tips. The valance, meanwhile, has a trapezoidal shape with a prominent inward indentation in the center of the bottom end. The arrangement looks quite bold and aggressive, from what we can tell thus far. 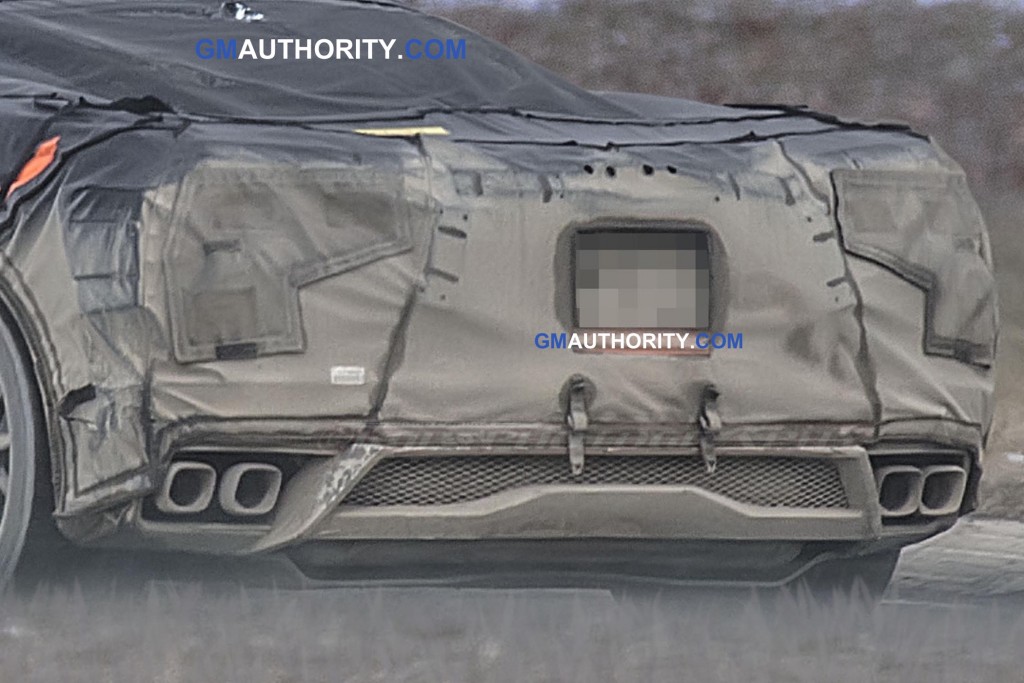 Rumored for the last several years, the mid-engine Corvette C8 is quickly coming into its own. In fact, an attendee of last week’s Chevrolet national dealer meeting was cited as saying that executives showed images of the future Corvette mid-engine sports car, fully confirming the vehicle’s existence in the future Chevy product pipeline.