Brace yourself for a roller coaster story: at first, it was believed that Chevrolet was planning on using the Blazer name for an upcoming unibody midsize crossover utility vehicle (CUV). Then, reports began to surface that intelligence prevailed within Chevy’s product planning, and that the bowtie brand was planing on giving the crossover in question a different name, while potentially reserving the Blazer name for a more capable body-on-frame model. Now, however, we have as good a confirmation as any that the Blazer name will, in fact, be used on the upcoming midsize CUV. Here’s our exclusive scoop.

A recent shipment of some OEM accessory wheels from General Motors to one of its dealers in North America curiously contained stickers/labels for a vehicle labeled as “Blazer” (pictured below). The labels state that the Blazer will ride on 235/55R20 size tires – the same exact tire size used by the second-generation (2017 and newer) GMC Acadia which the new 2019 Chevrolet Blazer will share its short-wheelbase C1 platform. 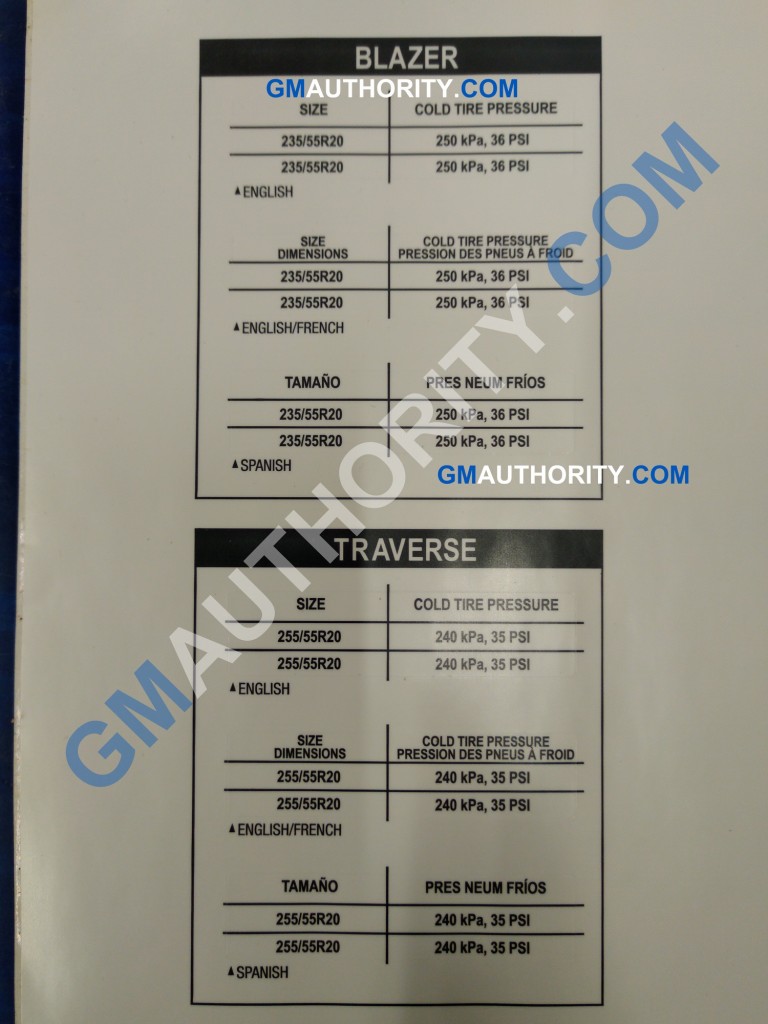 That’s as good a confirmation as any that Chevy’s upcoming midsize crossover will be called Blazer. However, we should note that this might be a case of one hand not talking to the other within a large organization like General Motors, and that these documents could theoretically reflect the name Chevy was initially planning to give the vehicle, but has since changed it… with the labels being old and/or not updated to the newest name.

Either way, Chevy’s upcoming midsize crossover has been spied undergoing testing several times before. It will slot between the compact Equinox and full-size Traverse in terms of size and price. In fact, it will feature nearly identical dimensions to the 2017 GMC Acadia, and – like the Acadia – will offer two rows of seating, with the third row being available as an option. Styling is expected to be influenced by the Chevrolet FNR-X.