One application is associated with an illustration (in conjunction with a logo), while the other is for a character (word) mark.

Both filings state that the applications contained therein will be used in conjunction with the following goods and services: 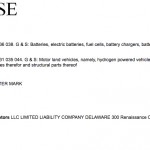 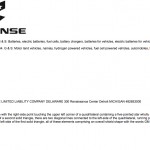 Last year, we learned of General Motors’ plans to establish “GM Defense,” a military defense division intended to grow GM’s business with the United States military. Hence, these trademark filings seem to be doing something rather straightforward (for a change): securing the name of the automaker’s new GM Defense division.

It’s believed that the relationship between GM and the U.S. military began some time in 2016. The automaker then announced the fuel-cell powered Chevrolet Colorado ZH2, and the first units of the trucks were delivered to the U.S. military for testing last April. Months after, the automaker revealed GM SURUS, a concept-level fuel-cell truck platform with military applications in mind.