The mid-engine sports car consistently seen parading around in spy shots is not a Cadillac. It’s a Corvette, and Chevrolet allegedly took the bold step of teasing the C8 Corvette to its dealership body.

According to a “dealer source,” Chevrolet showed teaser images of the car to its dealer body at the National Automobile Dealers Association. The source, Nate Chandler of Van Bortel Chevrolet in New York state, posted to Facebook and the Corvette Forum describing what he saw at the meeting. 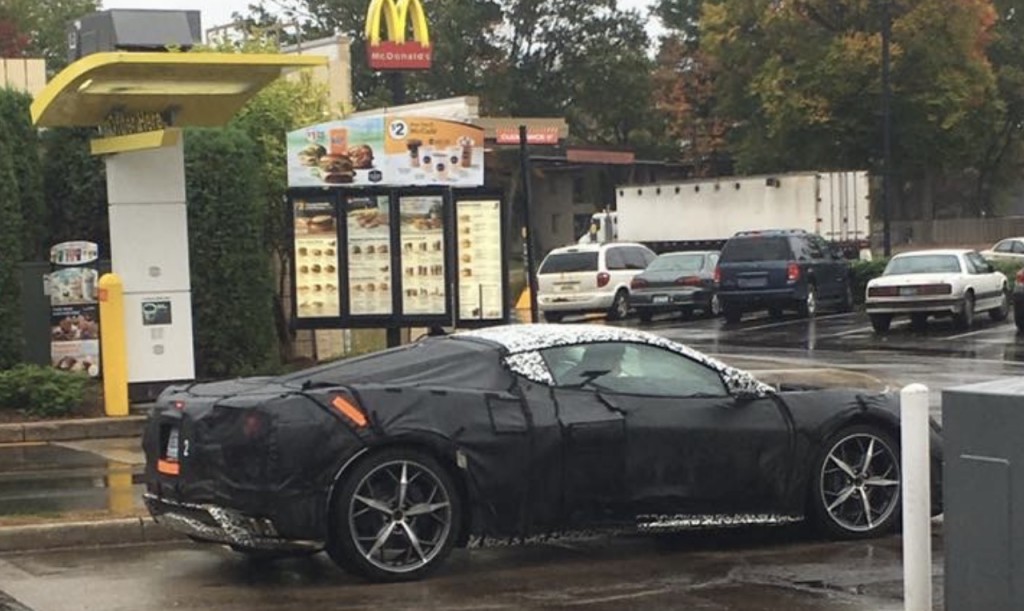 He said GM called it a “supercar” and from the two photos shown, the front hood reminded him of a Lotus, while the front fascia was reminiscent of the 2019 C7 Corvette ZR1. Photos and audio were not permitted at the meeting, so we’re simply going on what Chandler is able to recall. So far, no other dealers have come forward to corroborate his claims, however.

Aside from the quick teaser images, neither GM or Chevrolet reportedly offered up any other information. Chandler speculated a public teaser could be coming in the very near future, based on how GM spoke of the project.

We’ve heard rumors suggesting the C8 Corvette will debut in 2019 and arrive as a 2020 model. With all of the speculation, it still remains unclear if the front-engine C7 Corvette will live on alongside the mid-engine car, though we know the Bowling Green, Kentucky, plant was retooled for greater flexibility.