Feast your eyes on the first spy pictures of the 2020 Cadillac XT6 – the upcoming large Cadillac crossover utility vehicle that Cadillac needs to play in an ever-important sector of the automotive luxury space.

The prototype was caught roaming the public roads near the GM Milford Proving Grounds wearing black-and-white camouflage that was previously seen on prototype versions of the Cadillac CT5. In fact, we may have seen a chassis mule of this vehicle about a month ago wearing the body of the XT5, while the XT6 body was being developed.

The tester shows a big and boxy body that reminds us of the Mercedes-Benz GLS-CLass. But the vast amount of camouflage covering up the model might be misrepresenting the ultimate shape of the production model, as theit could potentially sport less boxy proportions. Despite the plentiful amount of camo, we can definitely make out general elements that look right at home on a Cadillac, including the upright nose that would make a great home for the brand’s new shield grille. 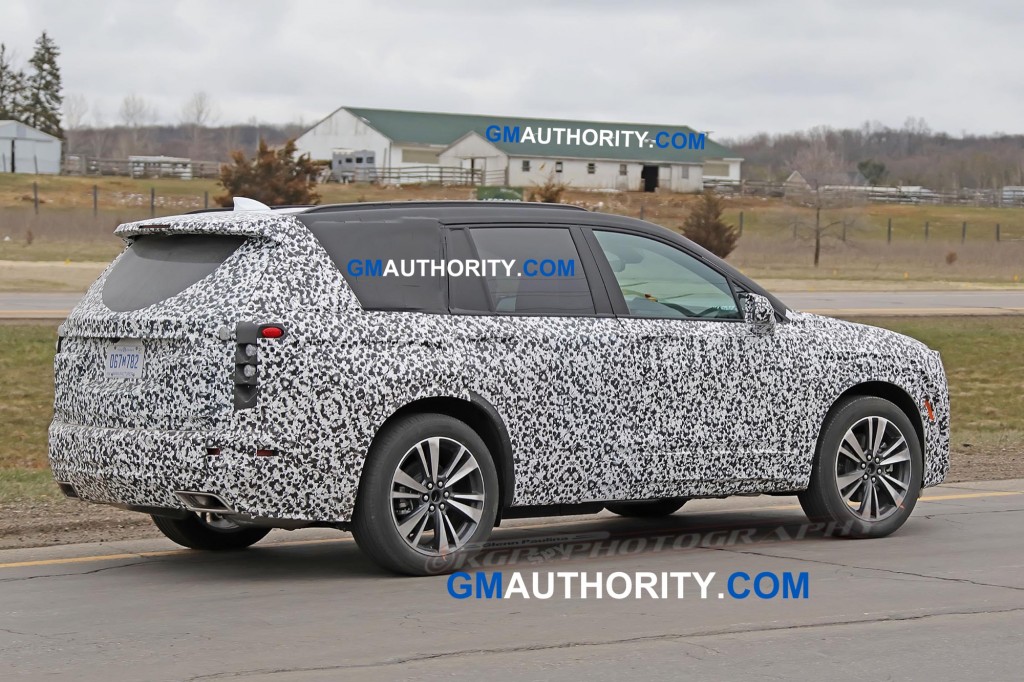 The prototype seen here is wearing placeholder lighting elements in the front and back. Despite the lack of production-intent lights, the spaces occupied by the placeholders are right along the lines of the latest Cadillac design language teased by the Cadillac Escala concept and brought to market on the refreshed 2019 Cadillac CT6 and all-new Cadillac XT4.

The Cadillac XT6 will be based on the extended-length version of the GM C1 platform, and the long wheelbase will enable sufficient third row space and cargo room that are vital for shoppers in this segment. The transverse-engine, front-drive architecture currently underpins the second-generation Chevrolet Traverse and Buick Enclave, both of which launched for the 2018 model year. The shorter wheelbase version of the same architecture underpins the Cadillac XT5 and second-gen GMC Acadia, which launched for the 2017 model year.

Head on over to our sister site, Cadillac Society, for the full gallery of Cadillac XT6 spy shots.