As GM’s cross-town rival, Ford, discontinues all sedan in the U.S. market, sedans remain “significant” to General Motors – according to the automaker’s CEO, Mary Barra. Some concrete evidence of this notion lies with the upcoming Buick LaCrosse refresh, which has just been spied by our photographers.

Expected for the 2020 model year, the LaCrosse mid cycle enhancement will likely consist of new front and rear ends. It apperas that the front will take on a more squinty-eyed appearance with narrow headlights and a more upright grille – similar to the design direction of the 2018 Buick Regal. The camo makes it difficult to glean what updates the rear end will get, but wouldn’t be surprised to see rear lights adopt a similar horizontal shape as the Regal Sportback (pictured below) 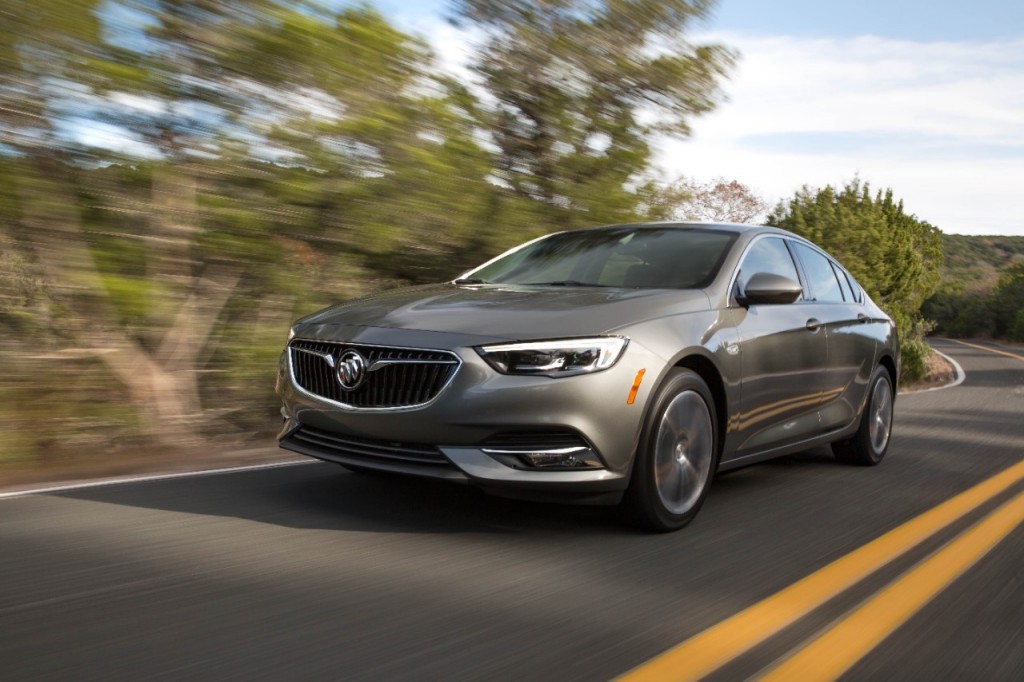 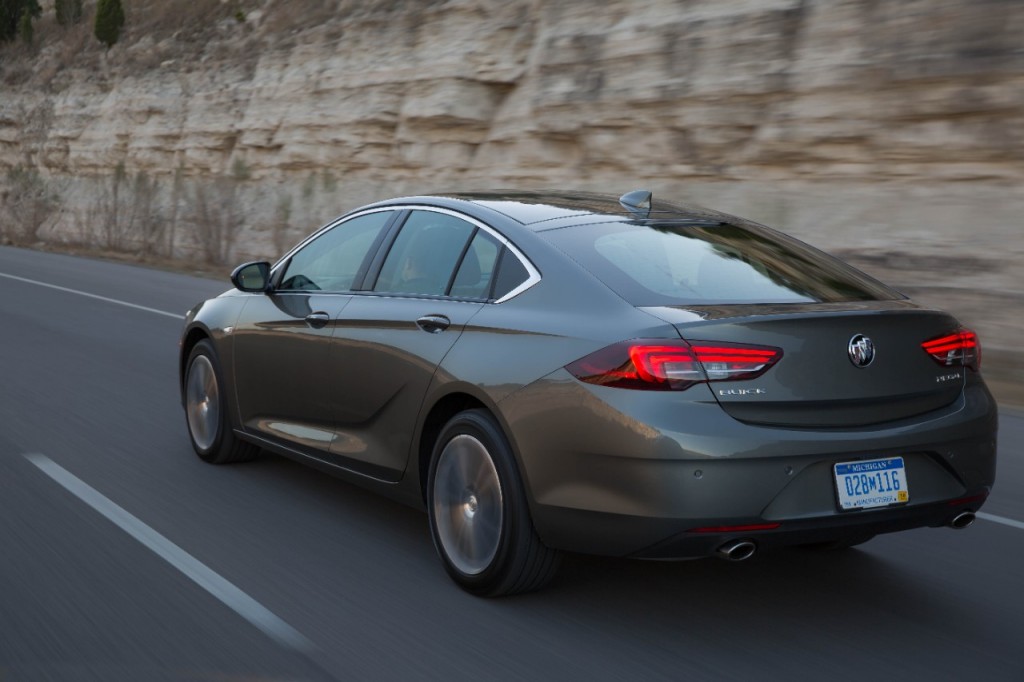 Currently, the LaCrosse is Buick’s largest sedan, and it might soon become GM’s only mainstream/premium full-size sedan – if rumors of the Chevy Impala being discontinued turn out to be true, as the model got a whopping three updates for the 2019 model year. Even so, GM has shown more confidence in sedans than cross-town rival Ford, as it recently introduced refreshed the 2019 Cruze and 2019 Malibu, with other passenger cars like the 2019 Spark and 2019 Camaro also getting updates. 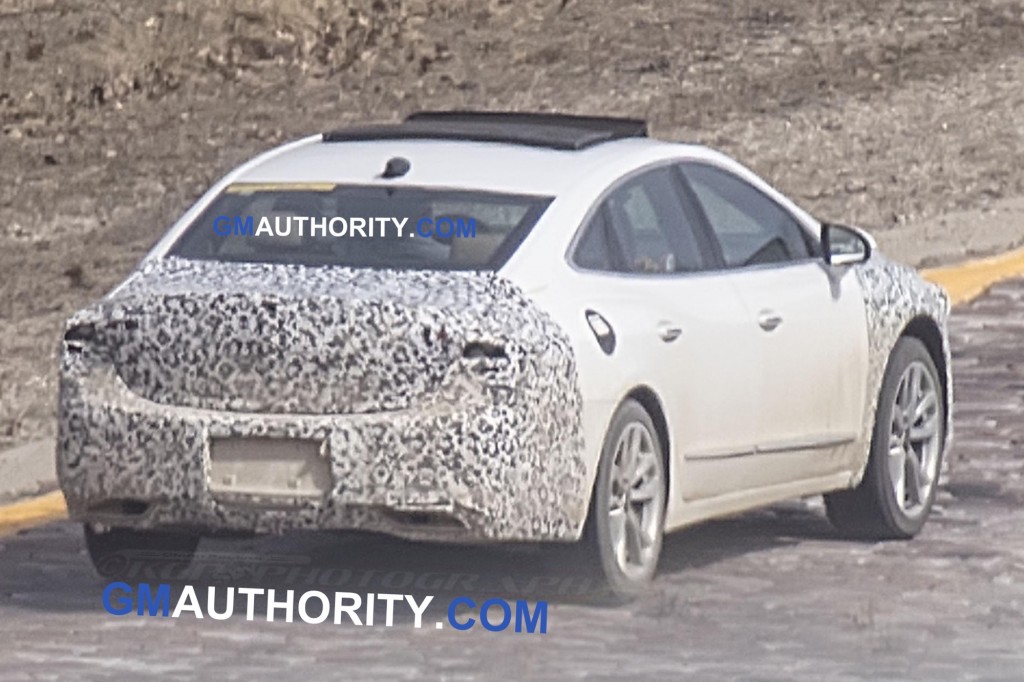 Expect to see the LaCrosse facelift get announced either late this year or early in 2019, and reach the market as a 2020 model year vehicle. 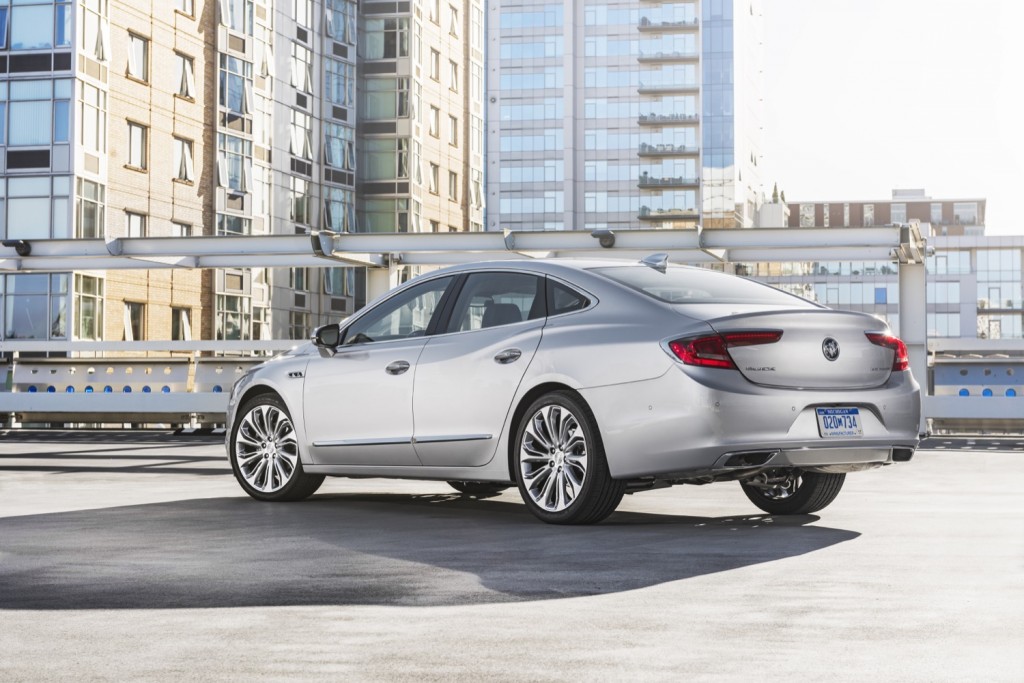 The 2018 model introduced several new colors, the GM 9-speed automatic transmission in place of the 2017 model’s 8-speed. It also added a new standard powertrain in the form of the mild-hybrid 2.5L engine with eAssist coupled with a six-speed automatic transmission. In addition, the 2018 LaCrosse Avenir is introduced to serve as the range-topping model. The 2019 LaCrosse gets a new LaCrosse Sport Touring model along with new exterior colors.