When it debuted earlier this month, the all-new 2019 GMC Sierra 1500 was only shown in Denali and SLT trim levels at the reveal itself, and GMC’s photo collection was limited exclusively to the Denali. But now, our spy shooter has caught the new SLE trim of the new Sierra, which slots above the base model but below the SLT and Denali models.

To make things better, the Crew Cab Short Box tester isn’t wearing any camouflage, which enables us to see details we wouldn’t have been able to with a model wrapped in camo. Overall, we’d say that the 2019 GMC Sierra looks pleasing to the eyes, as the truck strikes a healthy balance between refinement and on-road presence. 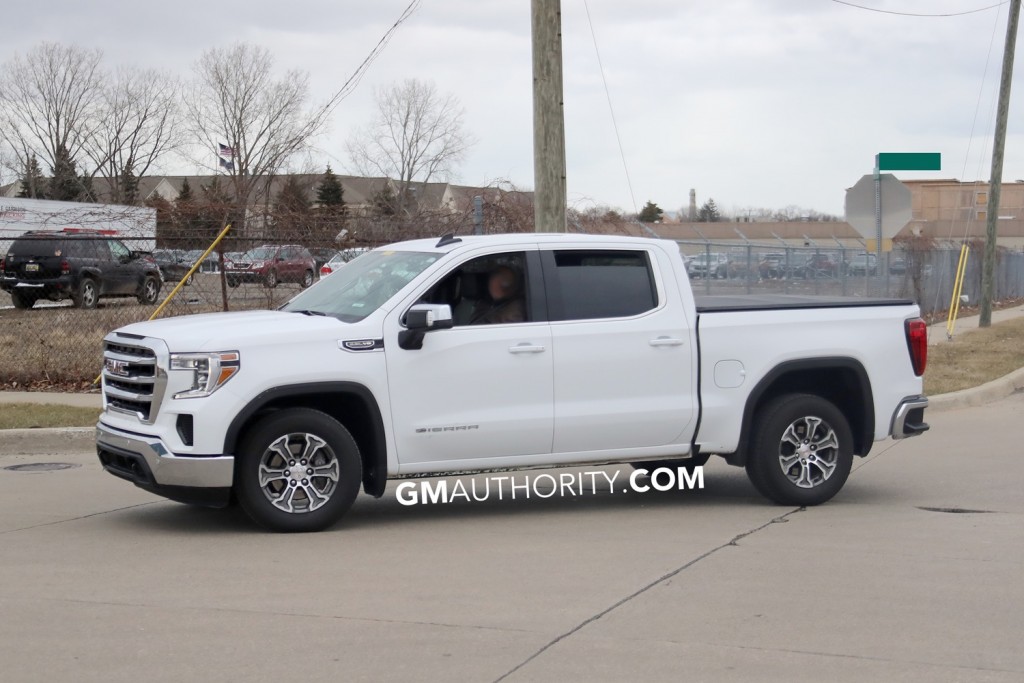 The differences between the Denali and SLE can be seen on every side of the vehicle. At the front, the Sierra SLE is wearing a different grille featuring horizontal slats, a chrome front bumper and a black lower bumper. Also note the LED daytime running lights as well as the headlights.

The badge on the front quarter panel of this 2019 Sierra SLE makes it clear that it’s powered by a 5.3L V-8 engine. Previously, there was reason to believe that only the 6.2L V-8 would get the front fender designation. 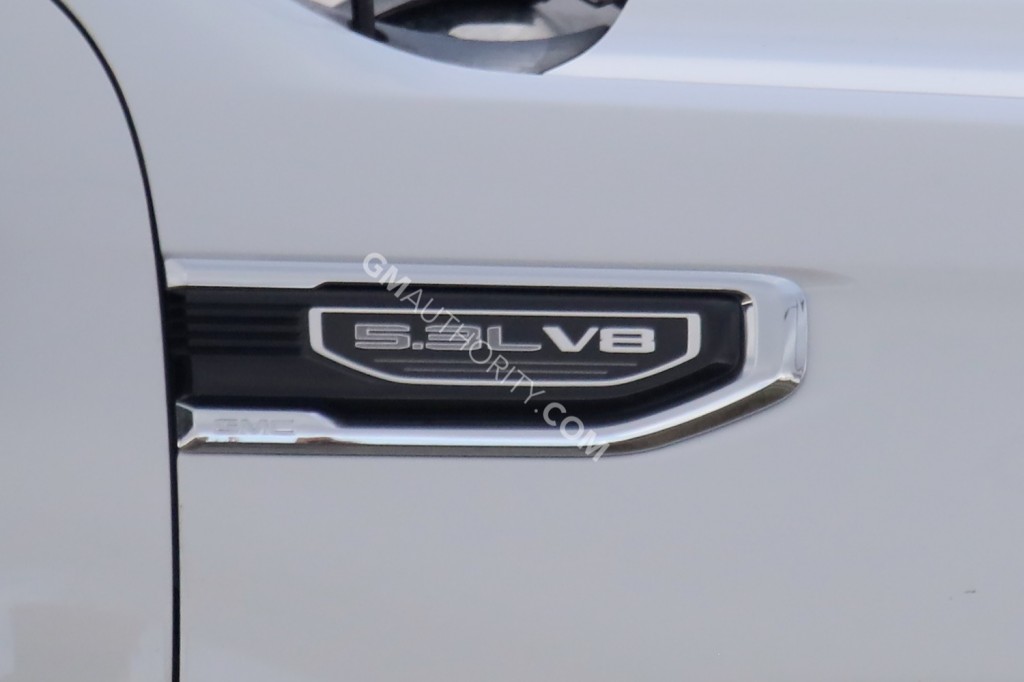 A few other items to note on the SLE include body-color door handles, a “regular” tailgate (as opposed to the Denali’s MultiPro tailgate) and a chrome rear bumper. In addition, the 2019 Sierra SLT appear to be sporting regular incandescent taillights, rather than LEDs.

Notably, this marks the first time we’ve seen the 2019 GMC Sierra 1500 in the wild (on the road), rather than in a studio or at a press event… and we like what we see.