Ahead of Chevrolet’s refreshed 2019 Camaro, Ford has brought a few more tweaks to the table with its Mustang. Although it was thoroughly refreshed for the 2018 model year, Ford has added new paint color options and a Bang & Olufsen Play audio system option, Ford Authority detailed in a report on Monday.

Also on the table for the 2019 Mustang is unique equipment each for the Ecoboost and 5.0-liter V8-powered cars—the EcoBoost in the form of an available Active Valve Performance Exhaust borrowed from the 2018 Mustang GT, and the GT in the form of automatic rev-matching on manual-equipped Performance Pack models.

How will the refreshed 2019 Chevrolet Camaro respond to Ford’s updates? We think the Camaro team will tackle the affordability issue first and foremost. The lack of an affordable V8-powered Camaro has, we think, hurt the pony car in the sales race. We expect to see a de-contented Camaro SS trim with less tech and trimmings. 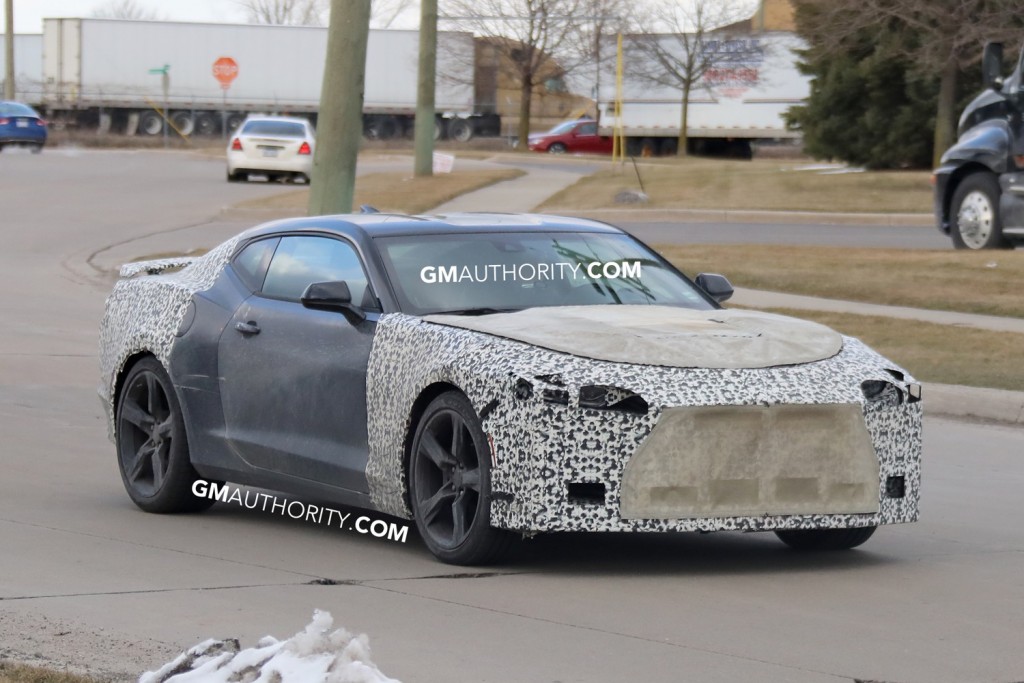 The design may either be a slight evolution of the current car, or something much more dramatic. Many critics have bashed the sixth-generation Camaro for looking too much like the previous-generation car. Don’t expect major changes inside, however.

Finally, we’ll likely see power bumps, especially for the 6.2-liter LT1 V8-powered Camaros. The Mustang now makes 5 horsepower more than the Camaro at 460 hp to 455 hp. We think the Camaro will take that lead back.

Look for the refreshed Camaro to debut in the next couple of months ahead of the 2019 model year.