Chevrolet Trax sales decreased in the United States and in Canada in February 2018.

In the United States, Chevrolet Trax deliveries totaled 6,169 units in February 2018, a decrease of about 7 percent compared to 6,606 units sold in February 2017.

In the first two months of the year, Trax sales increased about 3 percent to 12,275 units.

In the first two months of the year, Trax sales decreased about 31 percent to 592 units. 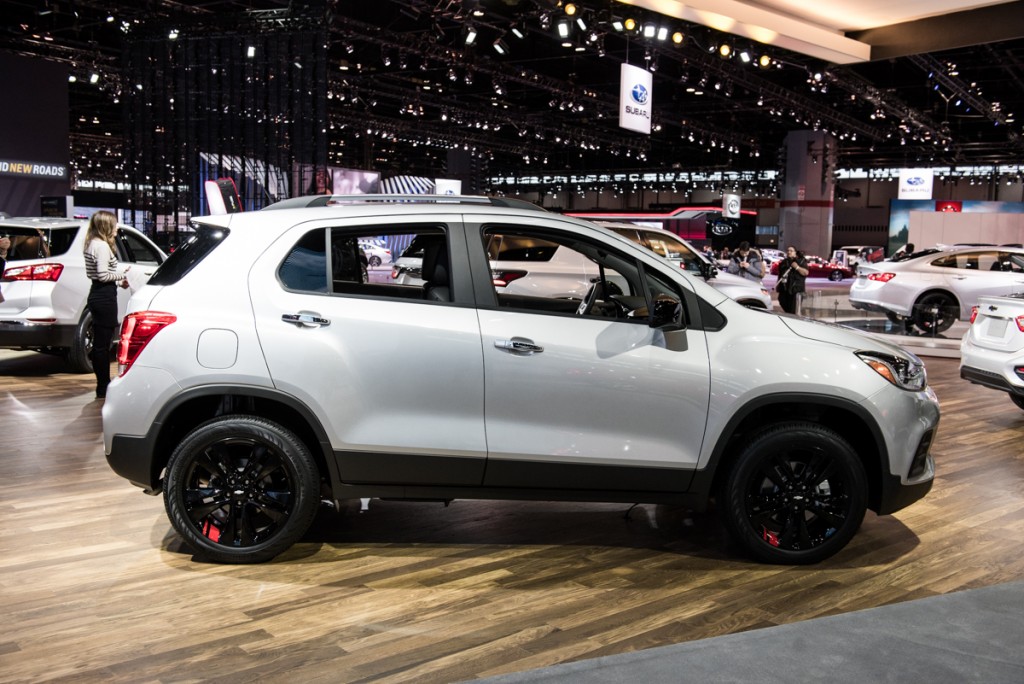 Things didn’t look good for the Trax in February. In fact, they were downright bad – as the model posted a 6.6 percent decrease in U.S. sales volume while the segment grew 55 percent. The performance places the Trax in fourth place within its competitive set in terms of overall sales volume, behind the Jeep Compass (see Jeep Compass sales), Jeep Renegade (see Jeep Renegade sales), and the Honda HR-V.

The subcompact mainstream crossover segment expanded 55 percent in February and 41 percent in the first two months of 2018..

The Chevrolet Trax is a subcompact crossover. It slots below the Equinox as Chevrolet’s smallest CUV and rides on the GM Gamma 2 platform shared with the Chevrolet Sonic/Aveo and Buick Encore. The model was Chevrolet’s first offering in the subcompact (B segment) crossover space and the second (after the Nissan Juke) to launch in its segment in the U.S. market.

Having launched for the 2015 model year in the U.S., the Trax received a refresh for the 2017 model year that consisted of all-new front and rear fascias, the replacement of the LTZ trim by the new range-topping Premier model, revised interior, a new infotainment system with Apple CarPlay and Android Auto compatibility, and more. The 2018 Chevy Trax represents the fourth model year of the first-generation Trax and receives several changes including three new exterior colors, a new Trax Redline Edition model, and several equipment-level changes. The 2019 Trax got three new exterior colors and a new Premier badge on the tailgate. The 2020 model is expected to be the last model year of the current, first-generation Trax.