Cadillac revealed perhaps its most important product in years at the 2018 New York Auto Show: the 2019 XT4 compact crossover. Across the show floor, its American rival, Lincoln, also had a utility vehicle to show off, but it’s a very different animal.

Ford Authority was on hand to cover the Lincoln Aviator concept’s debut, and the vehicle has us hoping Cadillac’s future large crossover doesn’t copy the Chevrolet Traverse and Buick Enclave.

Why? The Aviator will feature Ford’s new D6 platform, a rear-wheel-drive based architecture also capable of supporting all-wheel drive. The platform also allows the Aviator concept to take advantage of wonderful proportions with a planted look and stretched dash-to-axle ratio. It also shows Lincoln didn’t have just a one-hit wonder on its hands with the incredibly well-received Lincoln Navigator.

In terms of its size, Cadillac doesn’t have a vehicle at current to compete with the future Aviator. The SUV will boast three rows and potentially share some running gear with the next Ford Explorer, which should also feature the D6 platform. The future Cadillac XT6 will likely be the Aviator’s direct rival from Cadillac, though we have a feeling, as mentioned, it will be a C1-platform twin and share plenty with the Traverse and Enclave. 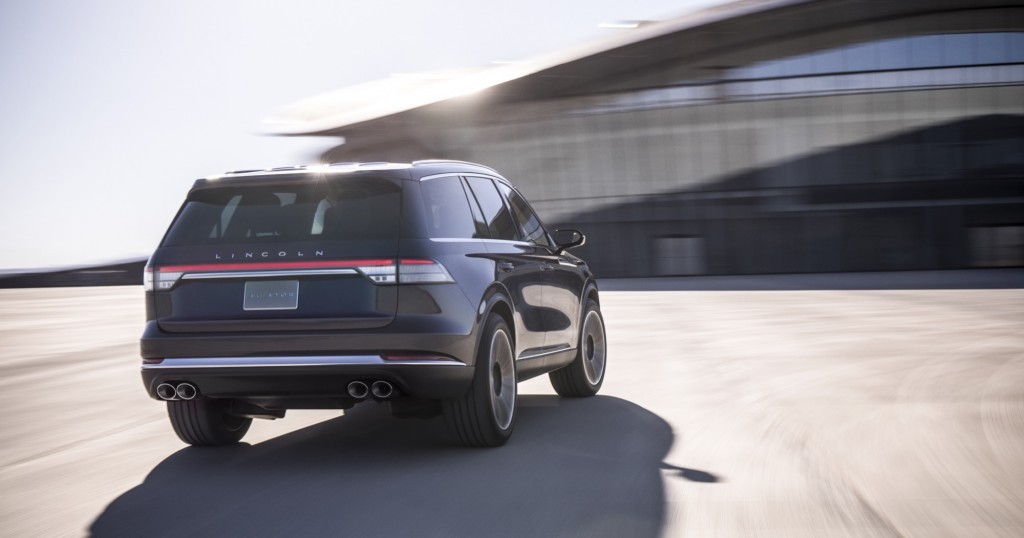 Lincoln plans to offer a plug-in hybrid version of the Aviator and the production car will likely share many of the technologies the concept previews, such as phone-as-key technology, a suite of active safety systems—powered by Co-Pilot360—and “prompts” delivered via SYNC. The prompts will have drivers overcome various situations.

For example, if the Aviator realizes its running low on fuel, it will connect the navigation system to punch in coordinates for the closest fuel station.

It’s unclear when we’ll see Cadillac’s answer to the Aviator, but Lincoln plans to roll the handsome SUV out to market in 2019.