It would appear that Chevy’s upcoming 2019 Silverado Medium Duty Trucks – comprised of the Silverado 4500HD and Silverado 5500HD – will feature a full tilt front end.

Closely examining the most recent spy shots published by GM Authority, we can clearly see a rubber hold-down at the halfway point of the front fender, suggesting that the truck’s hood, grille and part of the front fenders will tilt forward as a single piece for optimized engine access. 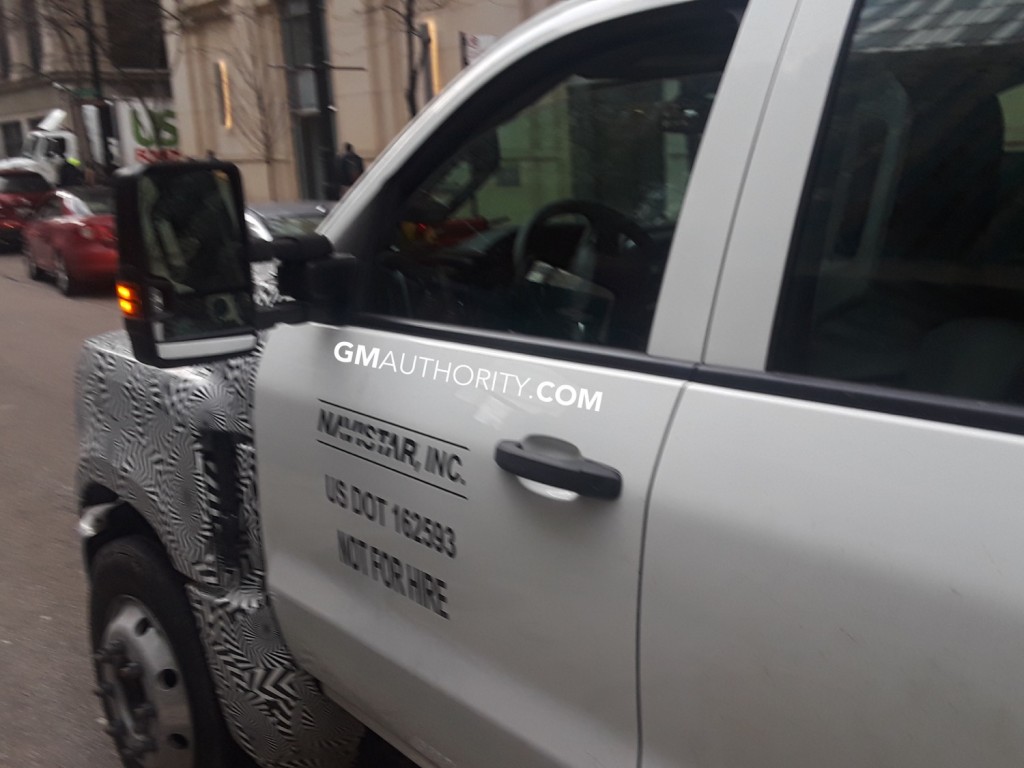 Notably, the Chevrolet Kodiak, which is the spiritual predecessor to the upcoming Silverado 4500HD and 5500HD, also had a front-tilting front end that was accessed via a clamp positioned horizontally on each front fender.

Chevrolet first announced plans to introduce a “flagship” conventional medium duty truck in March 2017. In the announcement, the brand stated that the upcoming Medium Duty truck will not be related to the Chevrolet Low Cab Forward medium duty trucks sourced from Isuzu. Instead, they will be co-developed with Navistar, powered by a Duramax turbo-diesel engine mated to an Allison transmission, and go on sale in calendar year 2018. 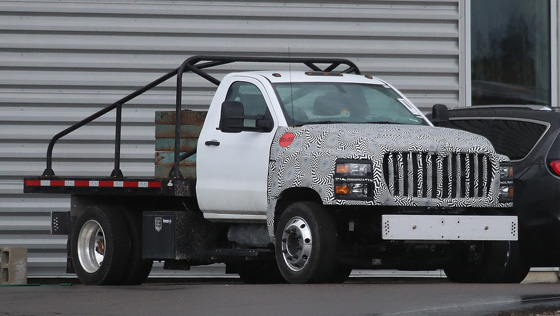 Chevy did not provide a name for the vehicle at the time of the announcement but did explain that GM would supply commercial components and engines while Navistar would provide its “expertise in rolling chassis configurations and manufacturing capabilities”. 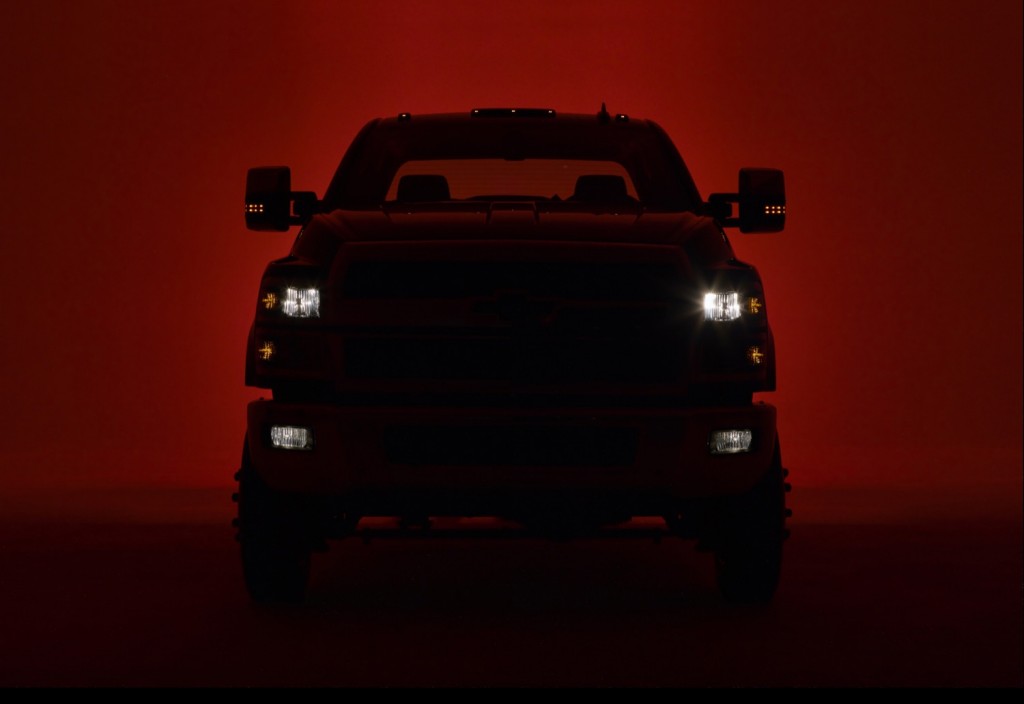 In the months that followed, the automaker clarified that the name for the vehicles will actually be Silverado 4500HD for the Class 4 truck and Silverado 5500HD for the Class 5 truck. In January 2018, Chevy released a teaser image (above) of the truck showing its front end, which GM Authority optimized (below) for greater detail. Chevy also announced that the truck will be unveiled on at the 2018 Work Truck Show in Indianapolis, Indiana, on March 6th.

The 2019 Silverado 4500 and 5500 medium duty trucks will team up with the all-new 2019 Silverado 1500 to make a banner year for the Silverado family. Meanwhile, GM’s GMC brand has yet to confirm or deny plans for a GMC version of the GM Medium Dutys, though we wouldn’t hold our breath on Big Red getting a variant for itself.