The Cadillac CT6 is expected to get a refresh (otherwise known as a facelift or midcycle enhancement) for the 2019 model year. And now, we have fresh spy shots of a prototype of the 2019 Cadillac CT6 refresh undergoing testing, first seen on our sister site – Cadillac Society.

The camouflage of the tester seen here is similar, if not identical, to previous spy shots of the vehicle. In fact, we could be looking at the same exact vehicle that was photographed earlier… but these shots were taken on a chilly Colorado morning in March, when the vehicle was parked, thereby allowing us a closer look. 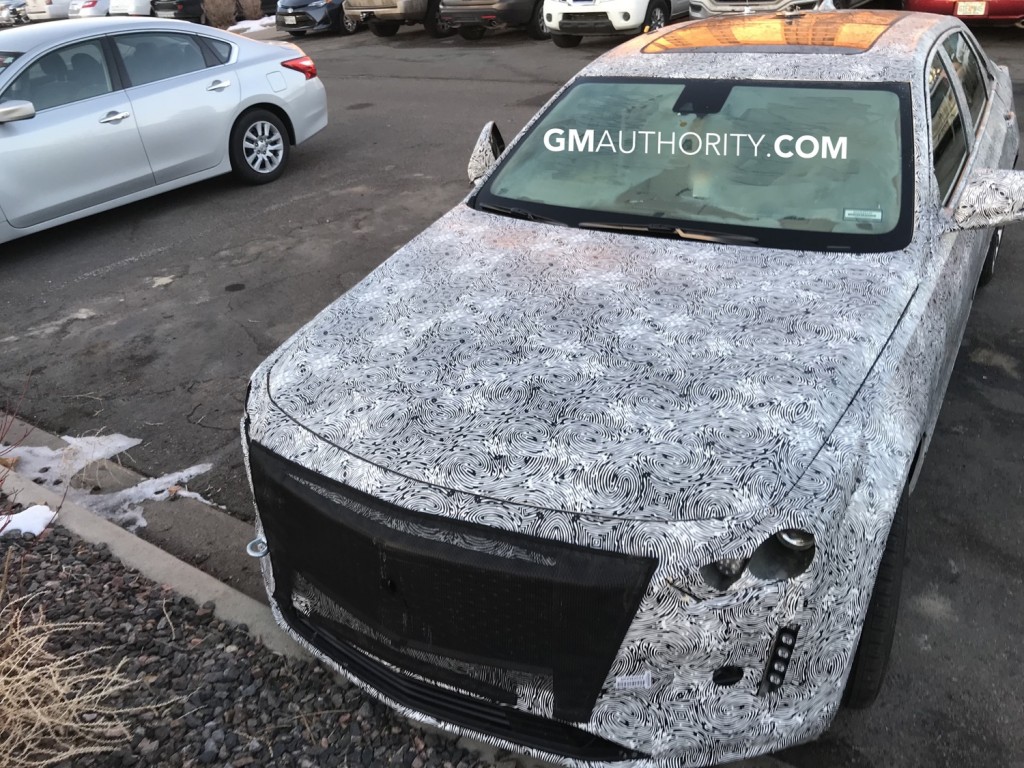 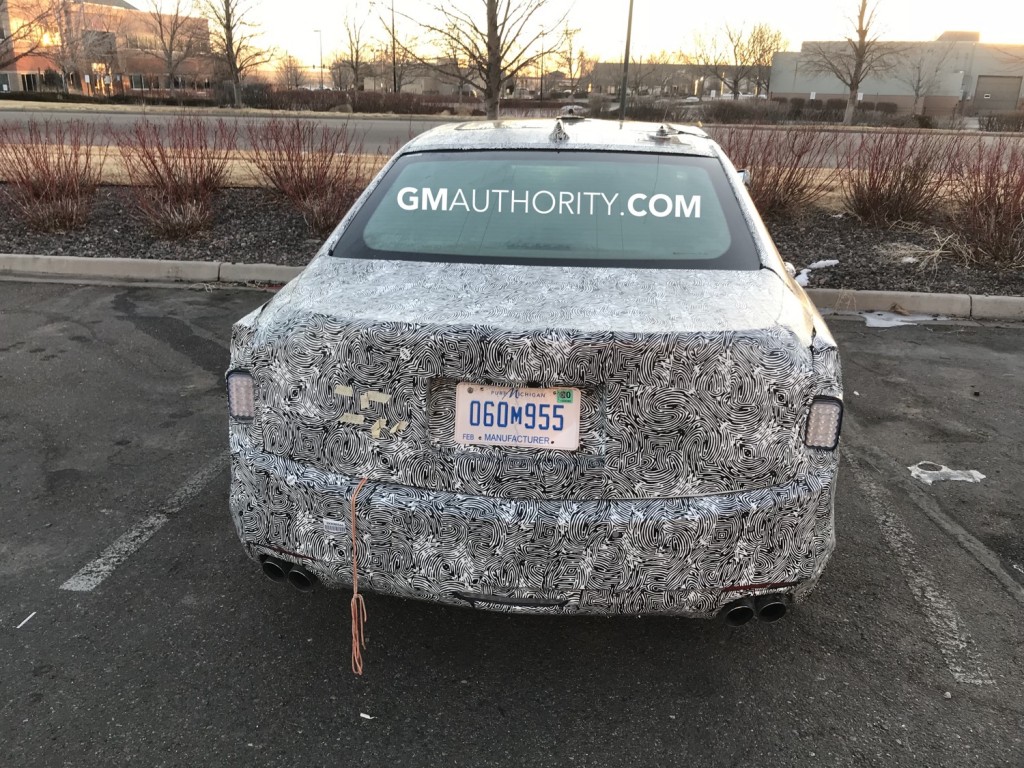 Unfortunately, the vast amount of camouflage on this tester makes it rather difficult to determine exactly what exterior styling changes the full-size sedan will see for 2019. But it wouldn’t be surprising for the refreshed CT6 to adopt several elements seen on the Cadillac Escala concept and/or the upcoming 2019 Cadillac XT4 crossover, which Cadillac just teased in its Oscars ad.

Specifically, we wouldn’t be surprised if the 2019 Cadillac CT6 refresh were to adopt a new grille treatment, which features a shield-mesh pattern on both the Escala concept and on the XT4. We also imagine that the 2019 CT6 will add a horizontal lighting accent to the vertical signature of the current model’s headlights and taillights. The elements are also present on both the Escala and the XT4. 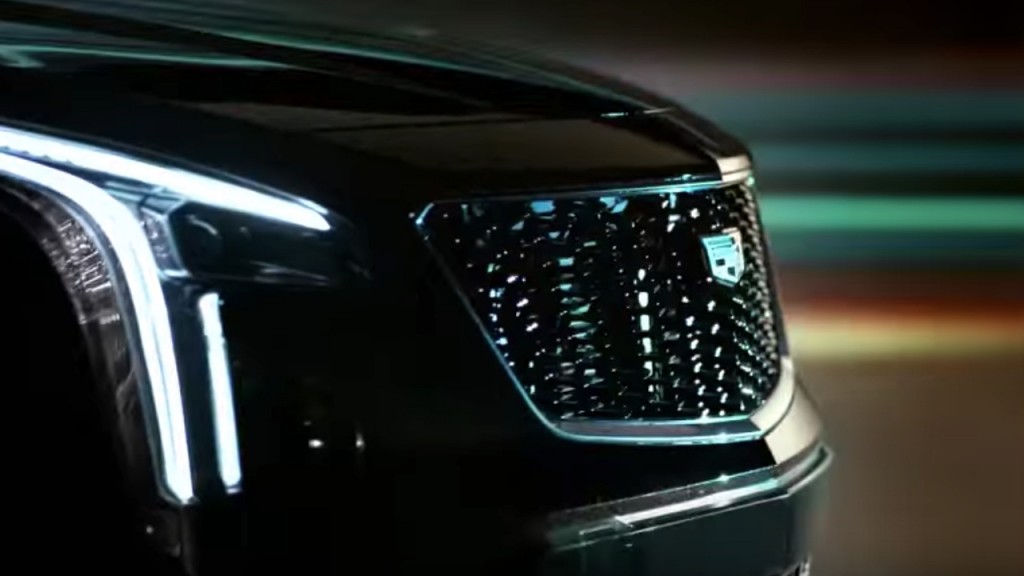 Headlight and grille of the 2019 Cadillac XT4 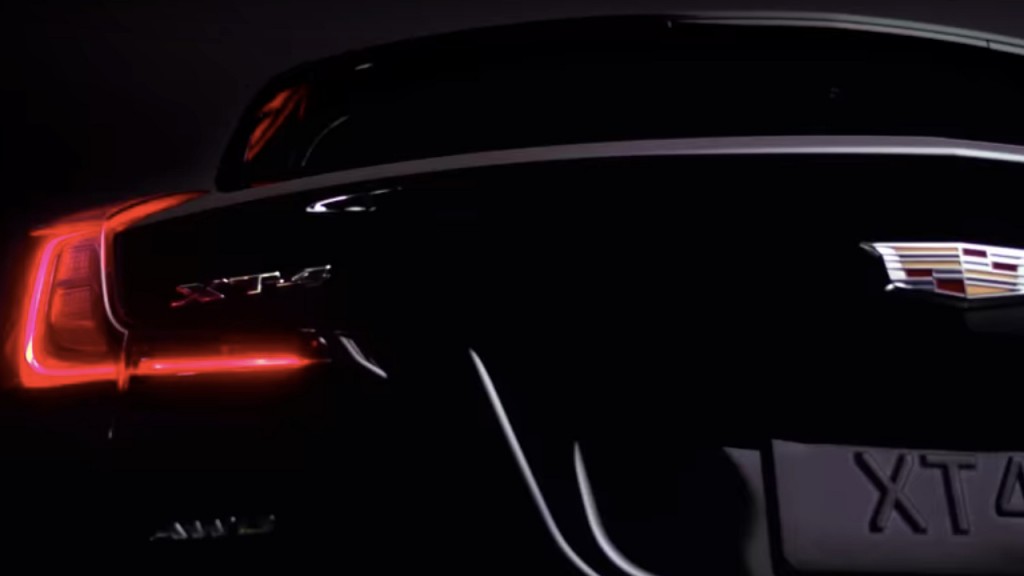 Rear end and tail lights of the 2019 Cadillac XT4

Moving to the cabin, it doesn’t look like the interior of this CT6 prototype is covered with mats or other forms of camouflage, which could mean one of two things:

All that brings us to suspect that the tester model seen here is a powertrain development mule that’s performing high-altitude and/or cold-weather testing of the upcoming Cadillac 4.2L Twin-Turbo V8 DOHC engine, which could wear the LT2, LT3, LT6 or LT7 RPO codes. It’s likely that the motor will debut in the 2019 CT6 while being mated to the new GM 10-speed automatic transmission, which was co-developed with Ford. The powertrain combination could become the basis of a potential CT6 V-Sport variant.

We expect Cadillac to debut the updated 2019 Cadillac CT6 alongside the 2019 Cadillac XT4 crossover at the upcoming 2018 New York International Auto Show in April.

Hat tip to reader Eric for the photos.

The Cadillac CT6 is a full-size prestige luxury sedan. It slots above the mid-size Cadillac CTS and compact Cadillac ATS as the largest Cadillac sedan.

The current model was introduced for the 2016 model year and represents the first generation of the CT6 nameplate. The 2018 CT6 represents the third model year of the first-generation CT6 and introduces such features as Super Cruise, Rear Camera Mirror Washer and an updated CUE infotainment system (to version 2.6). The vehicle rides on the advanced, high-tech and lightweight GM Omega platform that is currently not shared with any other vehicles, though a full-size crossover on the architecture has been rumored.

The CT6 sedan is due for a midcycle enhancement for the 2019 model year. We expect it to deliver updates to the exterior styling that will equip the model with the newest Cadillac design cues, which were foreshadowed by the Cadillac Escala concept and the new Cadillac XT4. Updates to the interior of the full-size sedan are also possible.

Other expected changes for the 2019 Cadillac CT6 will likely include the discontinuation of the base 2.0L Turbo LTG engine as well as the introduction of a CT6 V-Sport model with the new 4.2T Twin-Turbo V-8 DOHC engine mated to GM’s new 10-speed automatic transmission, which was co-developed with Ford.