Behold the 2019 GMC Sierra interior, caught partially undisguised by our spy shoots. That’s just about where the good news ends, and the disappointing news begins, since the pictures clearly show that the interior of GMC’s all-new truck looks exactly the same as the cabin introduced on the 2019 Silverado 1500.

It would appear that the only difference between the 2019 GMC Sierra interior and its Chevy Silverado platform mate is a minor one. Specifically, the four circular control knobs on the center stack are finished in a shiny chrome in the Sierra, while being wrapped in a resin/rubber-like material in the 2019 Silverado. 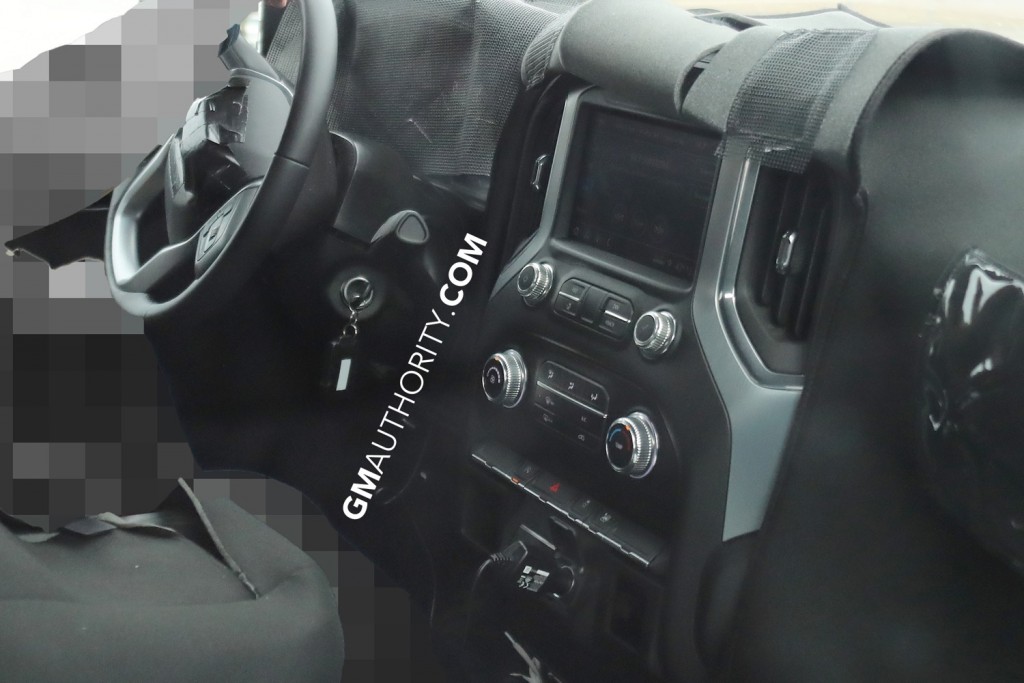 Other than that, the 2019 GMC Sierra interior doesn’t appear to have any other changes over that of the new Silverado, both of which share the new GM T1 platform. This development shatters hopes and expectations of the 2019 Sierra having a different interior than the Silverado, whose cabin has already been criticized as paling in comparison to that of the all-new 2019 Ram 1500. Specifically, many were hoping for the new Sierra and perhaps a new high-end model of the Silverado to offer a different interior design along with a larger infotainment screen, but that doesn’t appear to be the case. 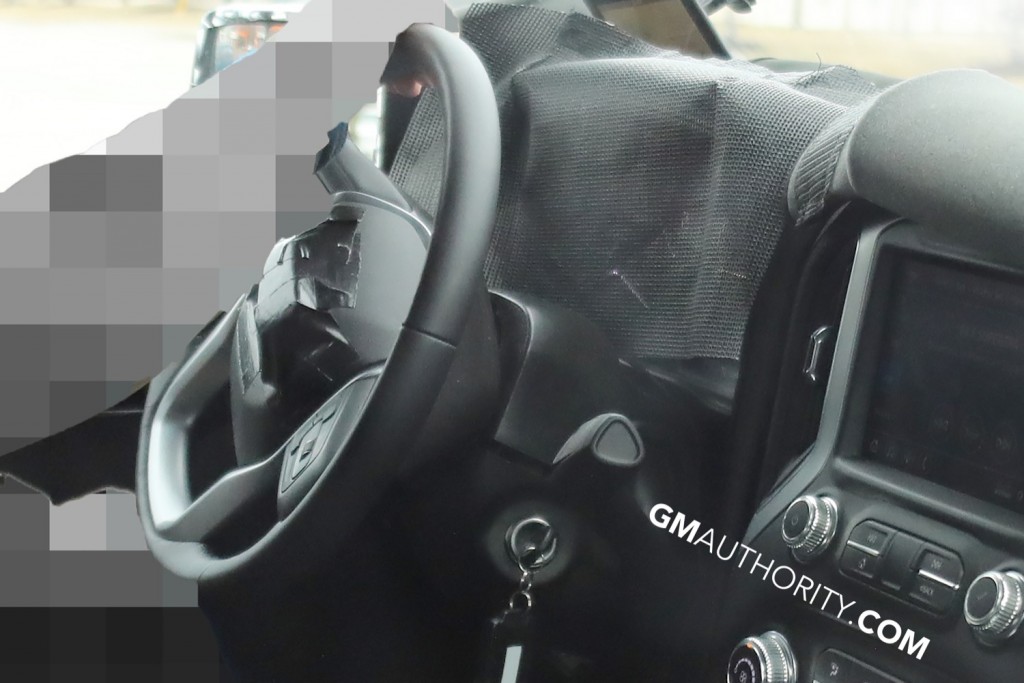 To add insult to injury, the 2019 GMC Sierra in the spy shots also features a traditional key in the steering column, which would lead us to believe that the keyless entry and push-button start features introduced on the Silverado will not be standard on all models of both trucks.

GMC will unveil the all-new 2019 Sierra at a special event in Detroit on March 1st. At or after that point, we expect to find out more details on the 2019 Silverado.