A Tuxedo Black 1962 Chevrolet C1 Corvette that was left severely damaged after a sinkhole opened up underneath the National Corvette Museum Skydome on February 12th, 2014 completed restoration and was put back on display yesterday, four years to the day after the sinkhole struck. The C1’s long road to display-worthy condition started a year ago, when it was taken to the NCM AutoZone Maintenance and Preservation Area to be worked on by Daniel Decker, Dan Garrett, and Derek Moore. There, visitors were able to observe that team’s year-long restoration efforts as the ’62 Corvette went under the scalpel.

The Corvette was donated to the NCM in 2011 by David Donoho, who had bought it brand-new after saving money earned from his first job with Lily Industrial Paint. Two years after donating the car, in 2013, Mr. Donoho passed away at the age of 76.

With no wife or children, “it took [David Donoho] some time to decide where he wanted everything to go [when he passed] but the thing that troubled him the most was what to do with the ’62,” says Beth Sease, his close friend and attorney of 20 years. “He didn’t think anybody could take care of it so he labored over that decision for about two years.” 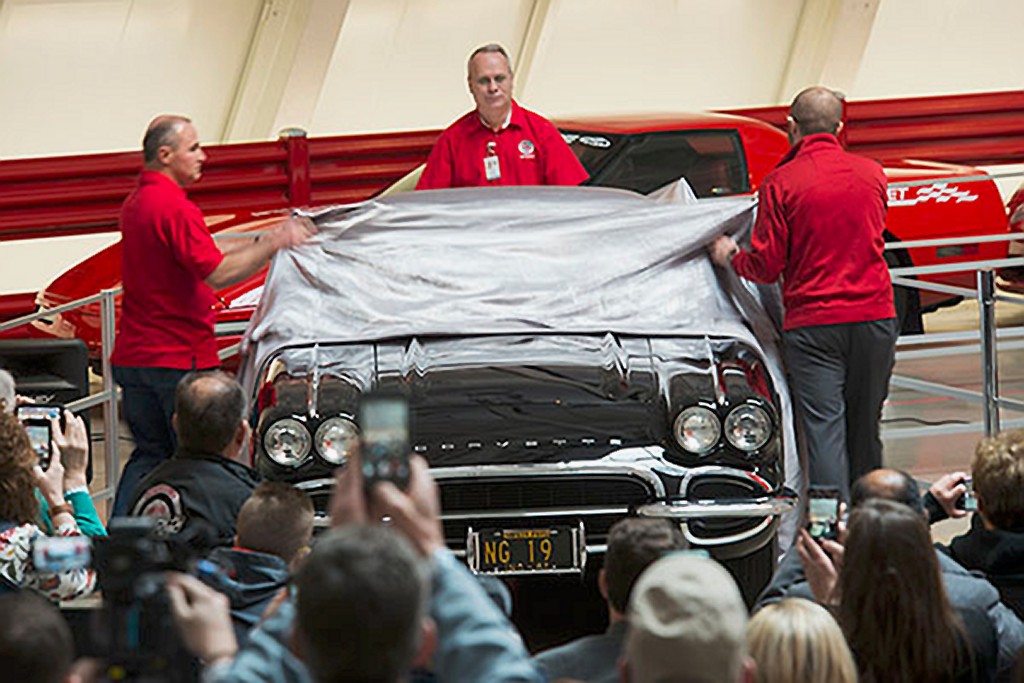 After insisting he’d rather have the car destroyed than see it left to someone who couldn’t give it an adequate level of care, and later saying that he’d like to be buried in it, David Donoho met several times with Wendell Strode, the National Corvette Museum‘s Executive Director, and settled on donating the classic, Tuxedo Black C1 Corvette to the museum.

The restoration effort to save the classic Chevrolet Corvette was mostly focused on returning everything to exactly the way it was when donated.

“We want to preserve the story,” says NCM Curator Derek Moore, who was part of the restoration team. “So, we restored the car to as close as possible to how it was the moment before the sinkhole, the way it was when Mr. Donoho donated the car.

“The frame was straightened a little at the rear, the body pieces or fiberglass components that were damaged or cracked were simply repaired. Only one very small panel on the right side had to have a replacement panel. Everything that we could leave that Mr. Donoho had actually touched, had left on this car, we wanted to essentially leave his fingerprints on the car.”

They even went so far as to return an empty sugar packet from Frisch’s Big Boy under the seat where they found it when they were done.

For the full story, visit CorvetteMuseum.org.