At the very least, we’re looking at General Motors validating carbon-ceramic brakes for the Chevrolet Camaro ZL1 1LE. At most, this could be some sort of Camaro Z/28 test mule.

Photos of the prototype car, posted to Facebook page V.I.S.I.T. on Monday, show a manufacturer-plated Camaro ZL1 1LE without the massive rear wing, but with large carbon-ceramic brakes hiding behind the wheels. The ZL1 1LE does not feature carbon brakes and retains iron rotors for a variety of reasons. 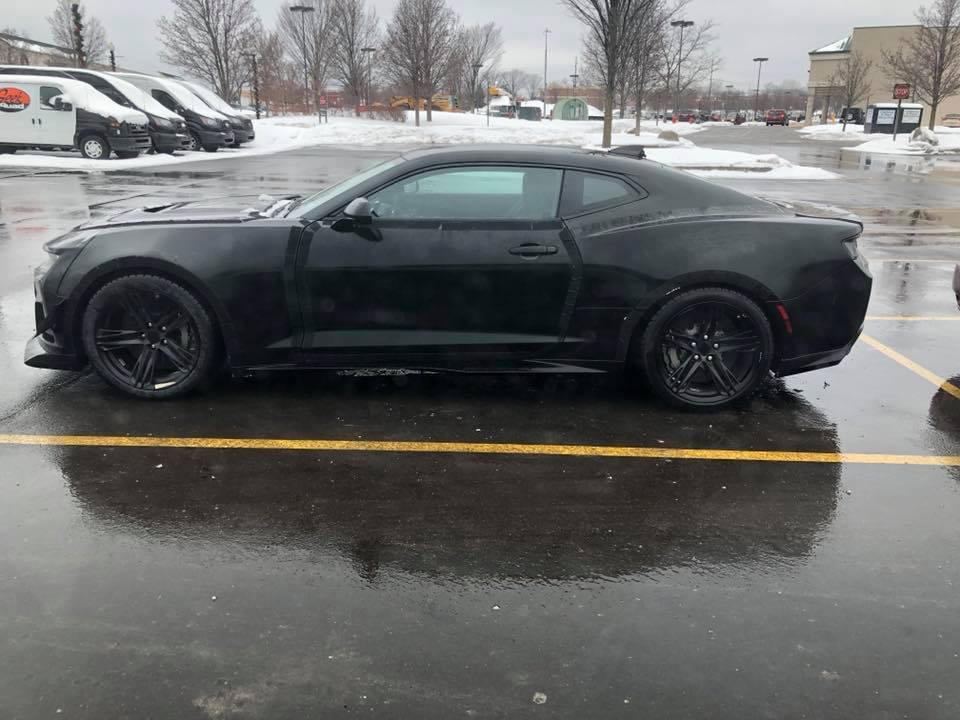 Elsewhere, black masking tape covers portions of the door seams, trunk and hood, which makes this prototype Camaro’s story all about what (hopefully) can’t be seen. The only tip-off that this is something new and different are those brake rotors. 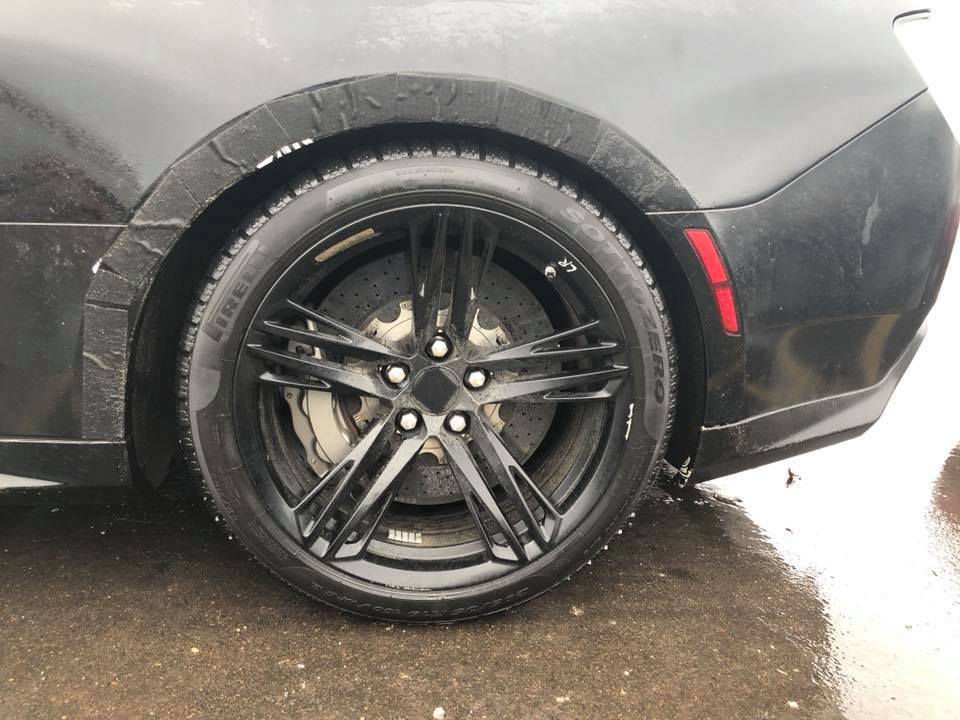 If this is some kind of sixth-generation Camaro Z/28 prototype, it begs the question of what resides under the hood. The previous-generation Camaro Z/28 skipped forced induction for the massive 7.0-liter LS7 V8 engine. News on the sixth-generation Z/28 has been near zilch, but a March 2017 report claimed GM is working on a 5.5-liter LT6 V8 engine for such a car. This engine is reportedly a DOHC design with a flat-plane crankshaft and will be closely related to a forthcoming LT7 V8 engine, which could find a home in the ever-unconfirmed mid-engine C8 Corvette.

Also off the shelf is the 6.2L LT5 V8 powering the ferocious 2019 Corvette ZR1. The dual-injected pushrod V8 boasts a larger supercharger than the LT4 engine found in the Camaro ZL1 and Corvette Z06, and produces a staggering 755 horsepower. It might not be naturally aspirated, as has been Z/28 tradition, but such an engine finding its way to the Camaro family would surely be the crown jewel of a top-of-the-line model.

All of this is to say we may just be looking at an upcoming carbon ceramic brake package for a supposed 2019 Camaro ZL1 1LE, and not a Z/28, in this instance. But, Chevy has surprised us before.