This year, we’ll more than likely see the introduction of a refreshed 2019 Chevrolet Camaro. Although the specifics remain unknown, the California Air Resources Board has potentially let it slip that the C7 Corvette’s seven-speed manual transmission will make its way to the refreshed Camaro.

AutoGuide reported on the published document on Thursday, which adds the seven-speed manual transmission to the Camaro’s current transmission offerings. That’s intriguing since it would potentially leave buyers the choice of two manual gearboxes—a six-speed and seven-speed—and the eight-speed automatic. The document does not include the 10-speed automatic transmission, which the 2018 Camaro ZL1 and ZL1 1LE serve as optional. However, CARB documents are always subject to change.

We do know the 2019 Camaro will usher in fresh fascias, judging by the amount of camouflage covering prototype vehicles. Along with the tweaked looks, we also expect the refreshed Camaro to remedy a big problem: the lack of an affordable V8-powered car. 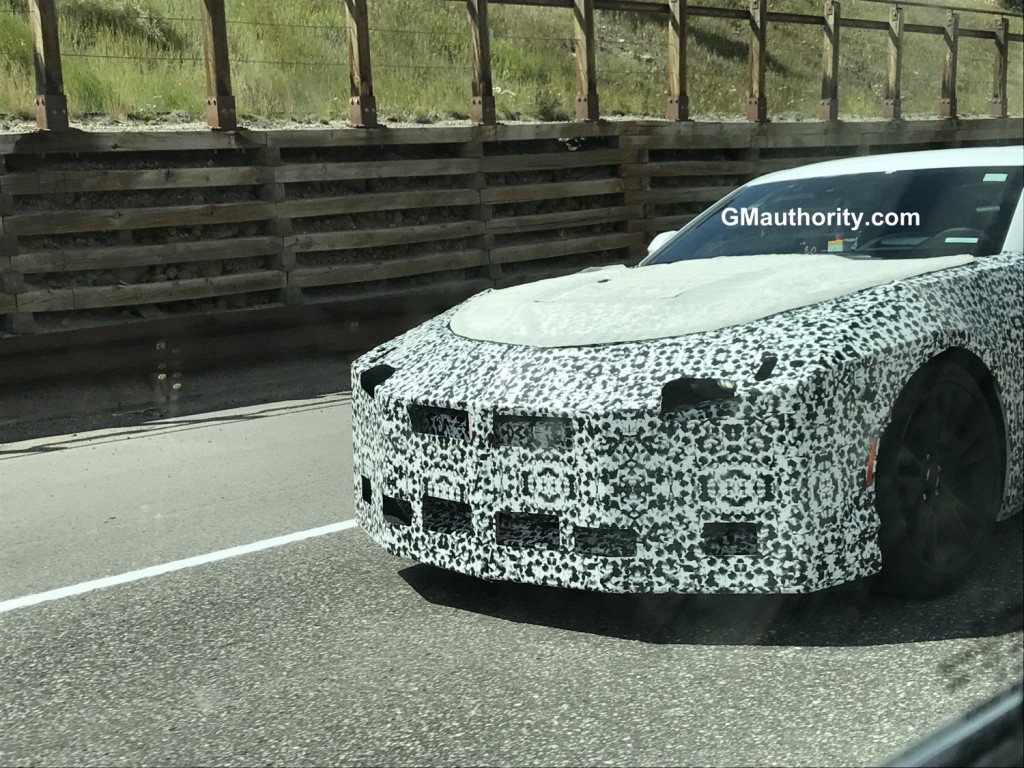 Todd Christensen of Chevrolet Performance Marketing told GM Authority last November that “We’re trying to do more in the lower end” with reference to repackaging and repricing the Camaro’s trim levels. The least-expensive V8-powered Camaro rings in $5,000 more than a V8-powered Challenger and about $3,000 more than a Mustang GT—the latter makes 460 horsepower to the Camaro’s 455 hp.