Chevrolet has a long and storied history of offering (Duramax) diesel engines in its trucks, but not so much in cars. To the surprise of many, the latter has changed in recent years, and the bow tie brand has become a leader in diesel-powered passenger vehicles, as well as trucks.

The brand’s modern diesel car push started with the first-generation Cruze – which began offering the 2.0L Turbo-Diesel LUZ engine making a whopping 280 pound-feet of maximum torque starting for the 2014 model year. It was followed by the 1.6L Turbo-Diesel LH7 engine in the second-gen Cruze Diesel and third-gen Equinox Diesel. And now, it looks like another Chevy passenger car – the Malibu midsize sedan – will join the diesel party.

That comes by way of our spy photographers, who believe to have heard a diesel engine under the hood of the camouflaged 2019 Malibu development prototype. 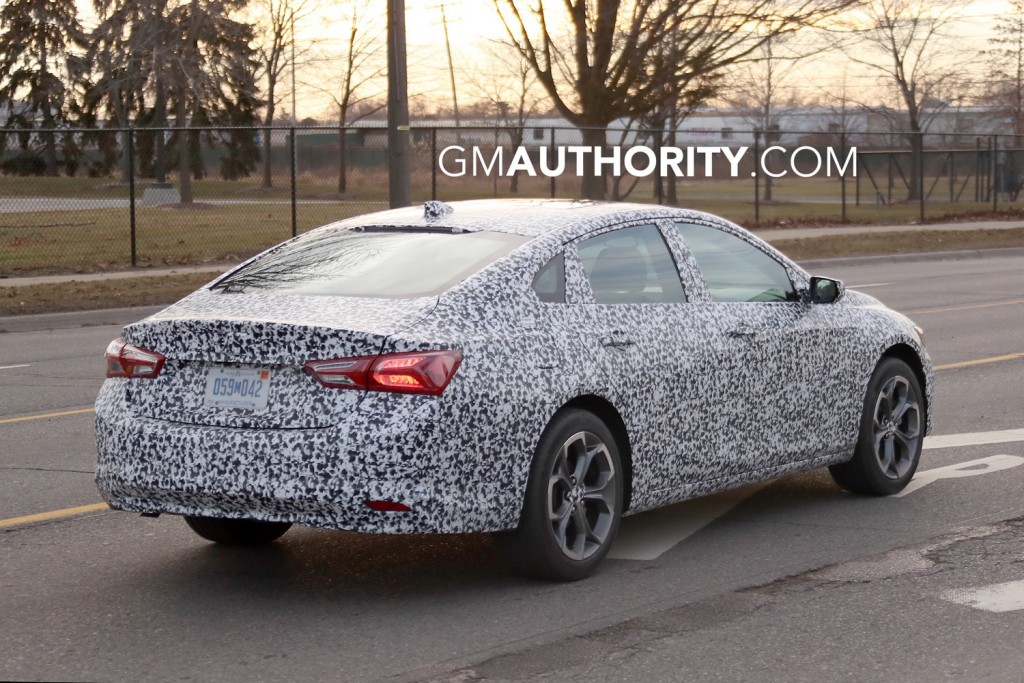 Assuming that the 2019 Malibu will introduce a diesel engine option, the logical engine choice would be the aforementioned 1.6 liter turbo-diesel LH7 that is offered in the 2018 Chevy Cruze, 2018 Chevy Equinox Diesel, as well as on the 2018 GMC Terrain Diesel. In those vehicles, the motor makes 137 horsepower (102 kW) at 3750 RPM and 240 pound-feet (324 Nm) of torque, and helps the Cruze deliver an impressive 31 MPG city, 47 MPG highway and 37 MPG combined, which is quite a bit more than the 30 MPG city and 42 MPG highway – the highest fuel economy figures achieved by the gasoline-powered Cruze, at least until the arrival of the rumored Cruze Eco.

Though we don’t imagine the take rate for a Malibu diesel will be high, offering the engine as an option appears to be strategic for Chevrolet as it works to attract owners of diesel-powered Volkswagen vehicles disgruntled by the German automaker’s cheating of diesel emissions testing.

Having driven several vehicles with the 1.6L LH7, we have to note that it’s an outstanding motor. In fact, its quietness and refinement characteristics earned it the “Whisper Diesel” moniker from GM’s ex-European arm, Opel, which was tasked with developing the motor.

Introducing a diesel engine option would equip the current, eighth-generation Malibu family with two fuel-efficient models, with the other being the Malibu Hybrid – which achieves 48 MPG city and 45 MPG highway and makes 136 horsepower and 277 pound-feet of torque of total system power.

We expect to see the Malibu Diesel information to show up alongside 2019 Chevy Malibu refresh, which should be unveiled at an auto show in the coming months – so be sure to stay tuned to GM Authority for more coverage. In the meantime, check out the most recent set of 2019 Malibu spy shots.