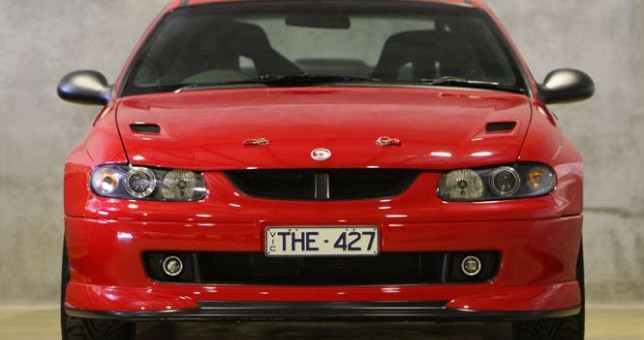 Although the focus has been on the Holden Special Vehicles GTSR W1 as of recent, HSV built something even more incredible early last decade. The HSV HRT 427 Monaro is basically one-of-one; the company built just two and Holden keeps the other car. This is the only one ever sold to the public. And it’s for sale.

Wheels reported on the listing this Tuesday, and it comes with one hell of an asking price: $750,000 AUD, or about $575,000 USD. There aren’t many modern cars that command prices like that, let alone some supercars. But, this isn’t an average Monaro. Far from it, actually.

HSV planned to build 150 examples, but the project was dumped in the process. The two cars built helped launch the GT-spec race car which won the Bathurst 24 Hour twice. This production car stripped all kinds of weight by removing the air conditioning, radio, rear seats and even the airbags. A race-spec suspension and brakes are present.

As the name implies, a massive engine lurks under the hood. Or should we say “bonnet”? General Motors’ 7.0-liter LS7 V8 engine sits in place and makes 523 horsepower and 575 pound-feet of torque. The specs grant a 0-62 mph time in less than four seconds and an 11.7 quarter-mile time.