IMSA WeatherTech SportsCar champ Jordan Taylor had the chance this week to drive something radically different from the Dallara-based Cadillac DPi-V.R. he piloted with his brother Ricky during the last season. Dubbed “Le Monstre” (“The Monster”), the vintage race car that Taylor drove for a photo shoot at Daytona International Speedway on Tuesday was built to compete at the 24 Hours of Le Mans endurance race for Cadillac in 1950. Like just about everything from the time, it had drum brakes and a carbureted engine.

Taylor drove the car on track alongside the Cadillac DPi-V.R. and Cadillac’s new, special Championship Edition ATS-V, to commemorate the premium GM brand’s IMSA championship win in the Prototype class. He says he “was very nervous to begin with because it’s all original from the 1950s. It’s one of a kind, everything is the same from back then except the seat belt was updated, but the same style.”

The shifter for the three-speed transmission was on the column, he says. “I’ve never done that before, and I didn’t want to blow up the gearbox.”

As though that weren’t stressful enough, Jordan Taylor had a close call when the controls proved far more loose than he’d anticipated.

“When I left the pits, I cruised out of pit lane slowly and we were doing the photo shoot with the ATS-V and the race car, and I went out of the pits to turn and I turned like 90 degrees and it didn’t do a thing. It didn’t turn! I almost drove straight into the ATS-V and I almost had a heart attack,” he says.

Eventually, Taylor did start to get a feel for Le Monstre – all 3,700 pounds of it. “It was cool to feel it and get an idea of what those guys had to go through back then,” he says, commenting on the 138- or 139-mph top speed. “I can’t imagine doing that in such a monster, hitting the brakes at the end of the Mulsanne straight with 3,700 pounds behind you.” 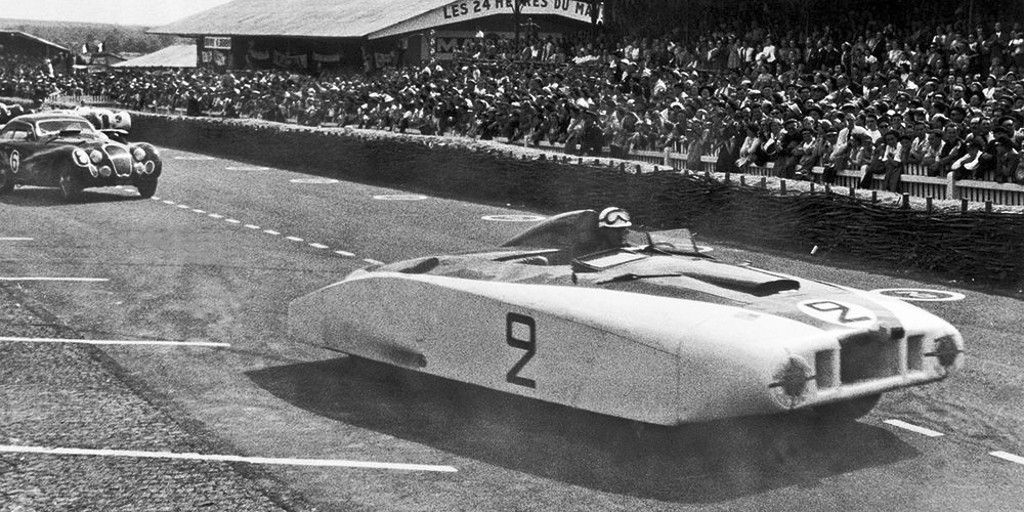